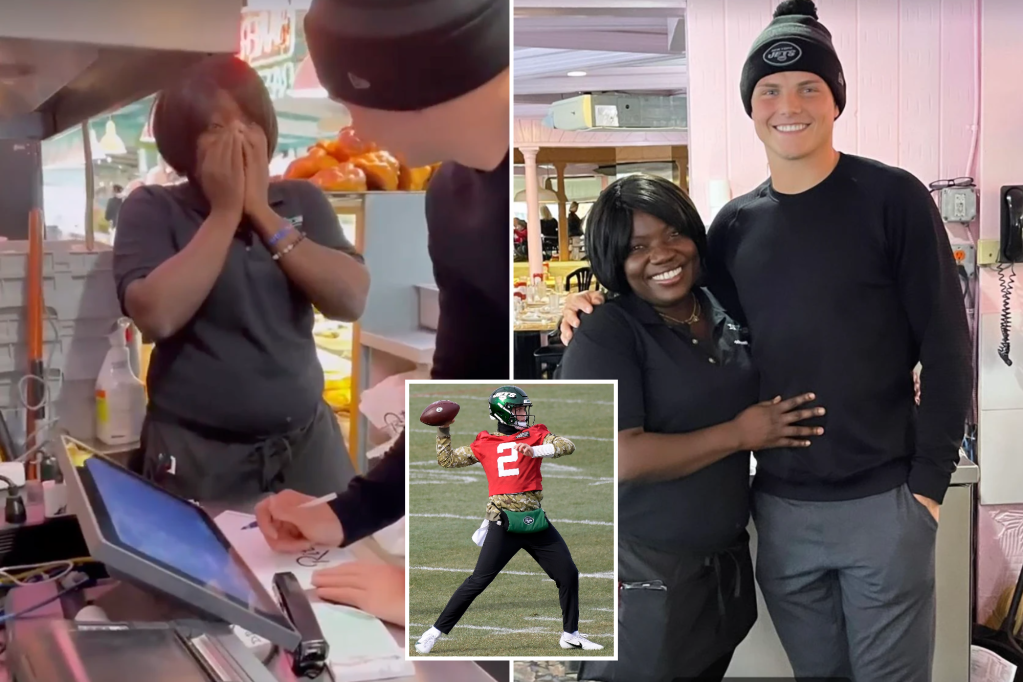 Zach Wilson made the holiday season extra special for a New Jersey family this year.

While enjoying Christmas breakfast Saturday with his family at The Ritz Diner in Livingston, New Jersey, the Jets rookie quarterback surprised waitress Kensia Thelusma with two tickets to Sunday’s game against the Jaguars.

Thelusma then broke down into tears as she embraced Wilson, who was grinning from ear to ear.

“He’s giving you tickets to go to the game tomorrow,” she exclaimed.

Wilson then posed for a photo with Thelusma, which Lisa shared on her Instagram Story.

“@RitzDiner thank you for the amazing service and delicious Christmas breakfast,” she posted.

Wilson, the No. 2 overall pick in this year’s draft, will face fellow rookie quarterback Trevor Lawrence, whom the Jaguars selected first overall, on Sunday at MetLife Stadium. Although Wilson will be without his top receivers, head coach Robert Saleh — who will miss the game after testing positive for COVID-19 earlier this week — believes his quarterback will thrive amid challenging circumstances.

“Is it a little bit more difficult because of the lack of continuity with all the different pieces coming in and out of the lineup? Yeah, it’s difficult, but at the same time, his job is to do his best because, I promise, the guys who are getting the opportunity to play are going to give him everything they’ve got,” Saleh said. “If he’s worried about anything other than doing his job and getting the ball where it needs to go, then it could be a problem.”

Despite the rotating cast for Wilson, perhaps the Jets can give the quarterback’s special guests a gift this week: their fourth win of the season.