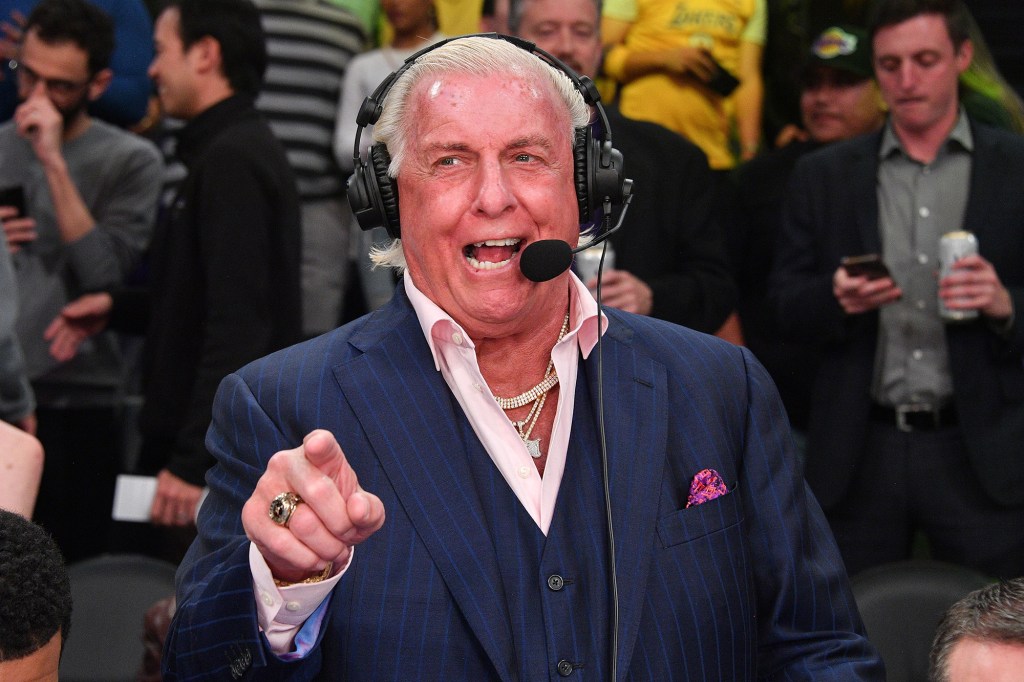 Ric Flair would like to wrestle again, and if it happens to kill him he’d be alright with that.

Flair, 72, launched a new podcast this week, “Wooooo Nation Uncensored,” and the topic came up as to whether he’d be up to wrestle another match.

“Most assuredly, and a lot of conversation,” Flair said. “That talk hasn’t happened, but could I do it? Absolutely. I’m in better shape now than I was when Sting and I wrestled the last match on Nitro. WWE won’t let me do anything, even though I’m released. I understand, they have so much liability and I told them I would sign anything, but nobody wants me to die on their watch. I’d rather die in the ring. If I have to go. I’d rather not jump off the 19th floor or spend another 31 days in the ICU.”

In saying he’s in better shape now than in his match against Sting on the final WCW Nitro, that was a match that mattered thematically due to the performers’ history with the promotion, but which Flair was unprepared for and wrestled in a t-shirt.

With regards to the time in ICU, Flair had a heart emergency in 2019. It looked for a time like he might not make it, but he kicked out and lived to tell about it, cutting a promo that he had a “$1.8 million miracle.”

Flair’s final match in WWE was a famous bout at WrestleMania 24 against Shawn Michaels in 2008. It featured brilliant storytelling in which Michaels got emotional about finishing off a legend whom he had long looked up to.

While this is what’s most remembered as Flair’s last match, he did also wrestle in the TNA promotion, and had his final fight there against Sting in 2011.