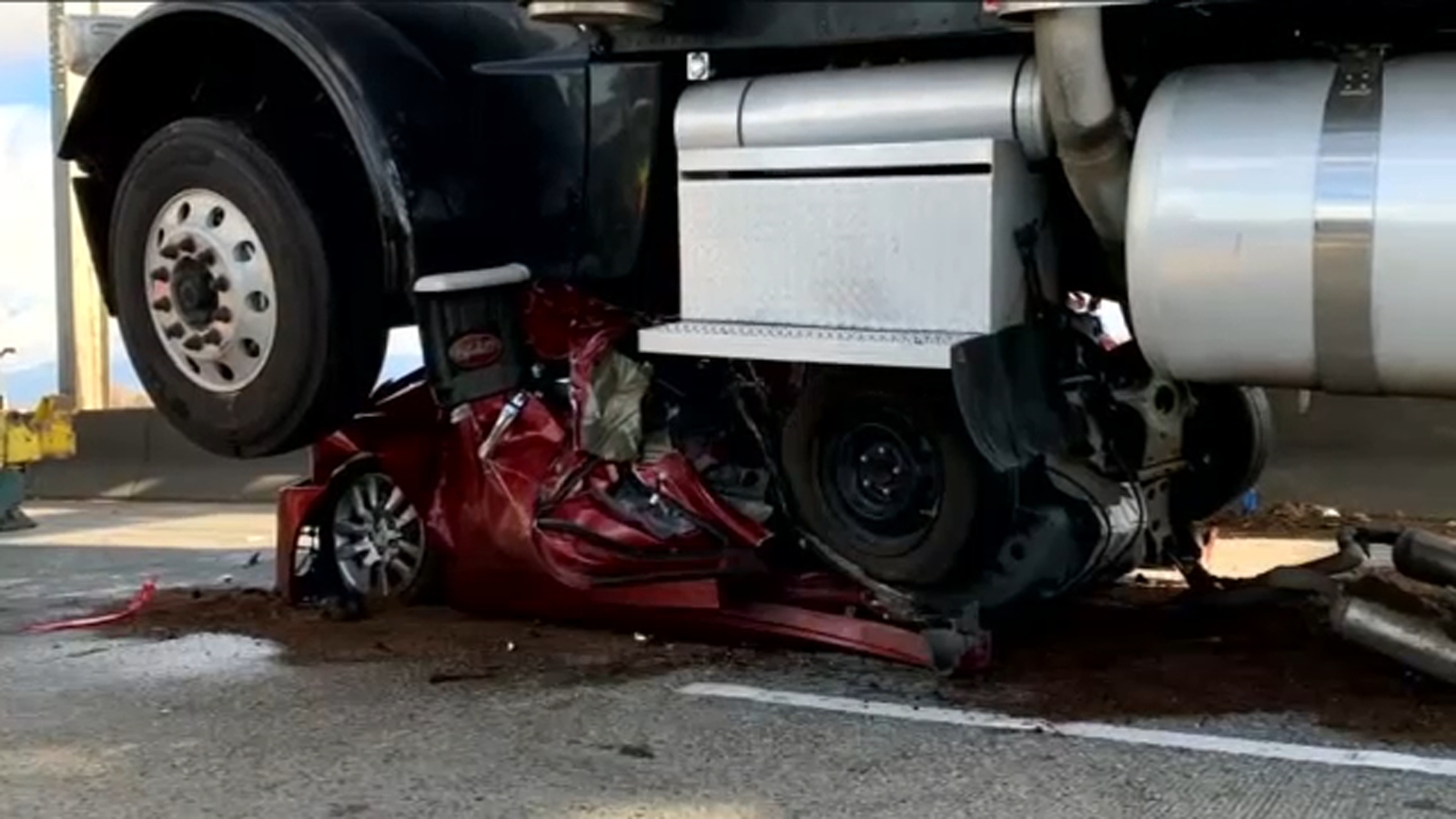 MT. VERNON, Washington — A Washington woman miraculously survives being crushed under a semi-truck on the Skagit River Bridge.

Troopers say they still can’t believe she walked away with minor injuries.

Trooper Rocky Oliphant said in 14 years he has never seen anything like this.

Witnesses who heard and saw that crash, still can’t believe that anyone survived.

“It is nothing short of a miracle in my opinion, I don’t know how she survived this,” Oliphant said.

A miracle, devine intervention, pure luck, whatever you believe in, even for troopers, it is unbelievable a 46-year-old woman walked away from a pancake of mangled metal.

“There is no explanation to why she’s alive, let alone suffer minor injuries,” Oliphant said.

Troopers say the woman was driving her Nissan, when a truck in front of her slowed down, and then she slowed down.

But the semi behind her did not and smashed into the car from behind.

The force of the impact folded the car in half and the truck landed on top of it.

DeWitt saw the crash that had first responders rushing like it was a deadly situation.

“They’re like there’s no way, no way somebody survived that,” he said.

Washington State Police shut down both directions of I-5 and quickly called for a tow truck.

When a trooper approached the car, he couldn’t believe what he heard!

“He walked up, he walked around the car and he heard, ‘Help!’ and he said, ‘Oh my goodness,'” Oliphant said.

The tow truck lifted the front end of the semi off the car, then she, miraculously, crawled out of a little gap where the passenger window was.

“She was able to pull herself out with her own power which is incredible,” Oliphant said.

Troopers say at last check the woman only had pain in her head and ribs.