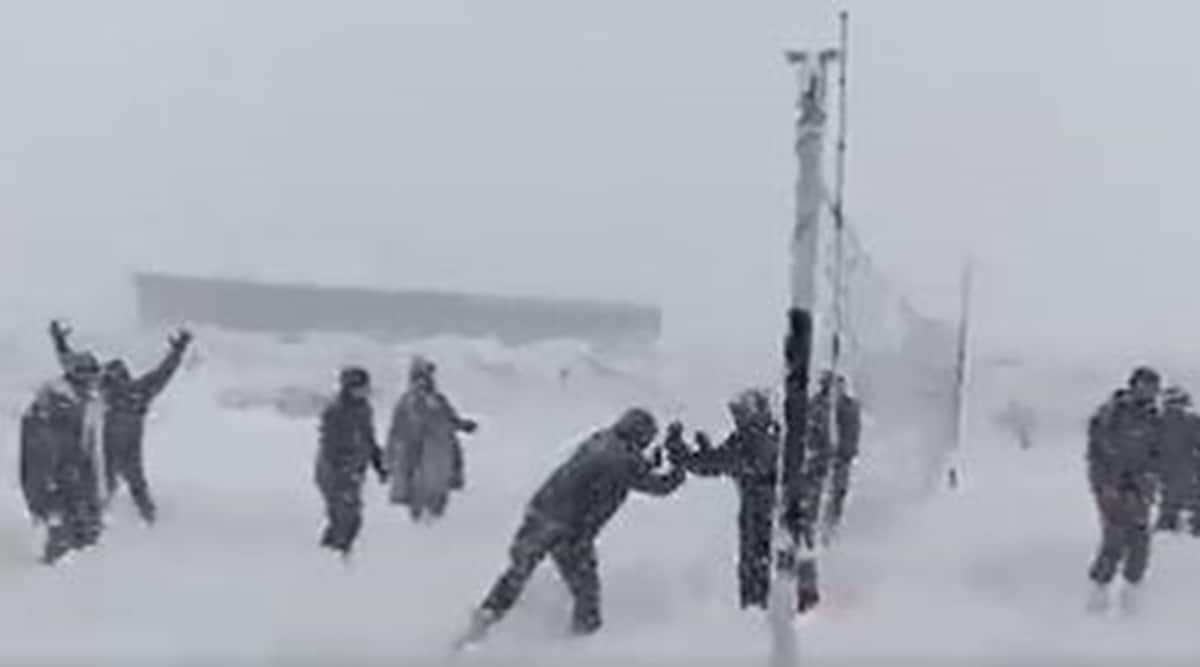 Gripping cold usually makes people lethargic and one prefers to sit in a corner and sip a hot cup of tea or coffee. However, the lives of the soldiers of the Indian Army come with great challenges and adversaries. They are accustomed to guarding the borders and living in extreme weather conditions.

In an example of such grit, a viral video shows a group of soldiers playing volleyball quite enthusiastically in a snow-covered area. The video shows the soldiers fully-covered in winter clothes from their head to toes.

The group seems carefree even as they get buried almost till their knees. One of the teams is also seen bursting into exuberance after scoring a point while the snow keeps falling.

The video shared by IAS officer Awanish Sharan has gone viral on social media. “The best ‘Winter Games.’ Our Jawans,” the bureaucrat captioned the video. So far, the clip has garnered over 39,000 views.

Praises poured in the comments section soon. “It’s so pleasant to see they keep themselves happy & motivated in such a harsh condition. Jai Hind,” commented a user.

No wonder they are the fittest & toughest & get to do the most adventurous things in the world which we do on iPhone etc 🙂 Jai Jawan !!!

One can have fun at all times .. in all conditions 🙌🏼

Of late, the Indian Army soldiers have been enthralling netizens with their videos shot in snow-clad areas.Recently, troops of the Indian Army were seen performing a ‘Khukuri dance’ in the snow-covered Kupwara district in north Kashmir in a viral video.

In addition, the Ministry of Defence shared a small video to show how an Indian Army personnel stood his ground despite chilly winds and heavy snowfall.