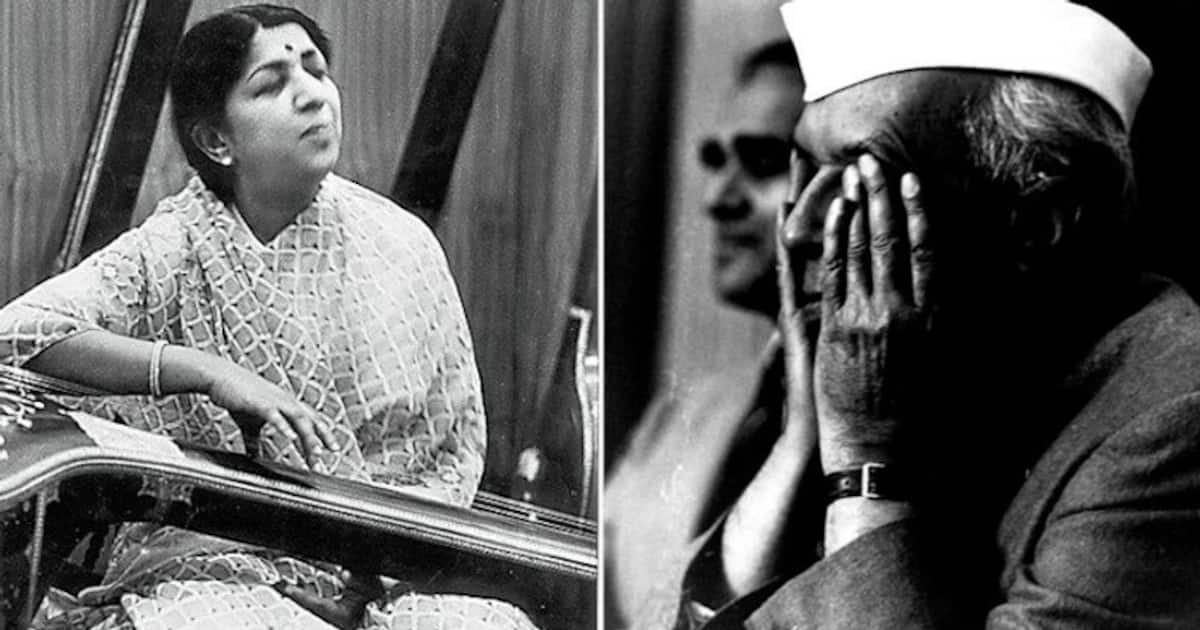 Ae Mere Watan Ke Logon – one of India’s most revered and cherished patriotic songs, continues to evoke a sense of pride and love for the country. The melodic quality of the song stemmed from the vocal cords of the Nightingale of India, Lata Mangeshkar. Coupled with the Bharat Ratna recipient’s honey-dipped voice were the hard-hitting lyrics of Kavi Pradeep, which famously moved India’s first Prime Minister Pandit Jawaharlal Nehru to tears.

Also read: A look at the glorious life of Lata Mangeshkar, the singing legend of India

Very few know the origin of this song which has remained, to this date, synonymous with Lata Mangeshkar. During the 1962 Indo-China war, Kavi Pradeep penned ‘Ae Mere Watan Ke Logon’ as a tribute to those Bravehearts that laid down their lives defending the country. Among the thousands martyred during the war, it was the sacrifice of Param Veer Chakra, Major Shaitan Singh Bhati, which moved Kavi Pradeep to pen the song’s lyrics that still gives goosebumps to one and all.

An account claims that Kavi Pradeep was walking along Mumbai’s famous Mahim beach when the song’s lyrics just exploded into his head. He borrowed a pen from a fellow stroller and penned the first stanza of ‘Ae Mere Watan Ke Logon’ on the foil from a pack of cigarettes.

Weeks later, producer Mehboob Khan approached Kavi Pradeep to pen a song for a fundraising event at National Stadium. Though the poet agreed, he did not disclose any further details of the song. Kavi Pradeep teamed up with music composer C Ramachandra and roped in the Queen of Melody Lata Mangeshkar to sing the song.

However, a misunderstanding between the composer and the legendary singer led to Lata Mangeshkar walking out of the song and her sister Asha Bhosle stepping in. But, Kavi Pradeep was adamant on the Nightingale of India singing as he firmly believed that only Lata Mangeshkar’s voice could do justice to the song.

In his relentless pursuit to convince the singer, Kavi Pradeep sang the song in front of Lata Mangeshkar, and it is said she broke down into tears on listening to the same. The Queen of Melody agreed to sing the ‘Ae Mere Watan Ke Logon’ at once, but on the condition that Kavi Pradeep would be present in all the rehearsals. And the rest, as they say, is history!

On 26 January 1963, Lata Mangeshkar sang ‘Ae Mere Watan Ke Logon’ for the first time in public in the presence of then Prime Minister Nehru and other prominent dignitaries during Republic Day celebrations at the National Stadium in New Delhi. Pandit Nehru was moved to tears upon listening to the melodic and soulful rendition of the song. Sadly, Kavi Pradeep did not witness the overwhelming response, as he was not invited to the R-Day celebrations.

However, two months later, when the prime minister was attending a school function in Mumbai, Kavi Pradeep received the opportunity to sing the song in front of Pandit Nehru. The poet also handed an original handwritten copy of the poem to Pandit Nehru. While Kavi Pradeep wrote over 1,700 songs in his career spanning five decades, ‘Ae Mere Watan Ke Logon’ made him a true legend among songwriters in India.

The song, which Lata Mangeshkar added soul to, became one of India’s greatest patriotic songs. In recognition of Kavi Pradeep’s work, the government of India bestowed him with the honour of ‘Rashtriya Kavi’ (National Poet). While both Kavi Pradeep and Lata Mangeshkar may not be among us today, their legacy, not just with ‘Ae Mere Watan Ke Logon’, but other songs too, lives on.