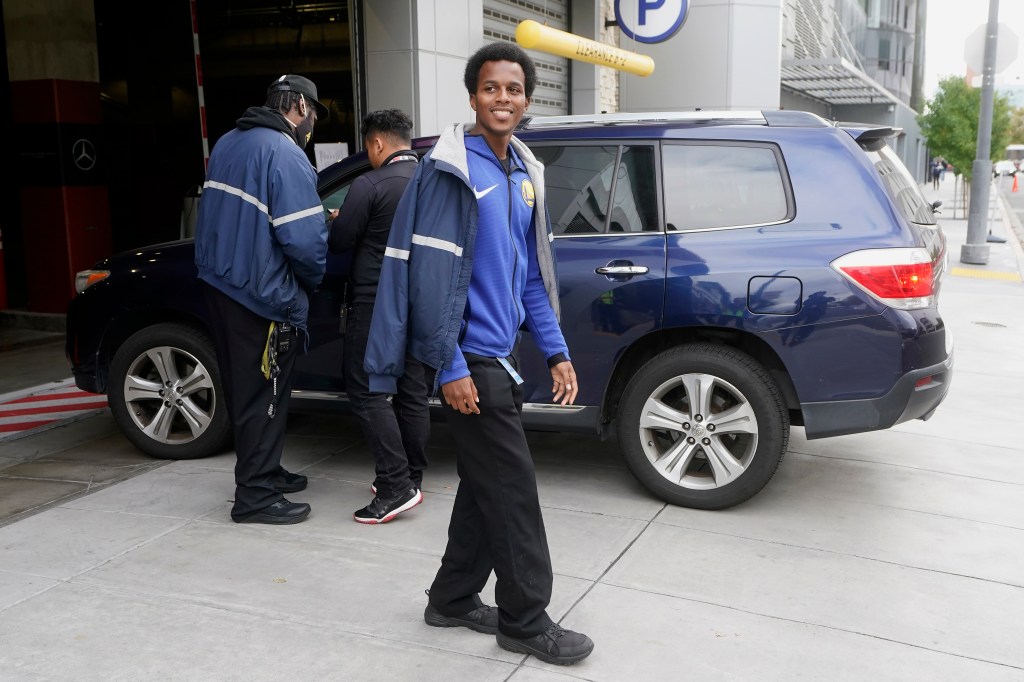 SAN FRANCISCO — Security guard Jonathan Amey Jr. regularly ushers the Golden State Warriors players into their parking garage before games with a friendly hello, high-five or wave. He greets them and offers a goodnight afterward.

Last month, the 26-year-old ex-intramural point guard received a rare opportunity that will most certainly last him a lifetime: He tried out for the G-League Warriors with a workout at Golden State’s practice facility.

And as his good luck would have it, Stephen Curry offered up some timely tips on his jump shot.

“He’s a constant figure when you’re coming out of the building,” Curry said after his warmup to face the Thunder on Saturday night. “It speaks about how encouraging, motivating and unifying basketball is for him to go put himself out there, go out for a tryout. He said his jumper needed some improvement. He’s a little self critical but we gave him the confidence to keep trying and keep his attitude high. I like the fact that he put himself out there because it’s no easy task. So, shoutout to Jonathan.”

Amey felt like a Warrior, albeit for one day — “yeah, basically,” he said, grinning.

“I felt it, I had my jersey on and everything,” he said, noting his last regular basketball was playing intramural level at Cal State East Bay.

Curry didn’t get to see it. The players had already departed team headquarters, and Amey showed off his skills for a few coaches on a day Golden State didn’t hold a formal practice.

But Curry and others on the Warriors admire Amey’s courage to go through with it. Curry let teammates like Kevon Looney know about Amey’s feat.

“He’s a great guy. Every day his attitude and positivity when we come to the arena, whether it’s early, whether it’s later in the day, he’s always a great energy to be around,” Andrew Wiggins said. “He’s greeting everybody. He’s a joy, so I’m happy he’s happy.”

Told on the spot he didn’t make the cut, Amey had a blast nonetheless.

“The experience was enough,” Amey said Saturday afternoon between moving cars along as they entered Chase Center hours before tipoff.

Coach Steve Kerr didn’t know about the tryout, but plans to have a nice chat with Amey about it soon.

“I had no idea. It’s great. I’ve known Jonathan for a few years. He’s been here, great kid,” Kerr said. “He’s always got a great energy about him, but I didn’t know he had a tryout with us. That’s amazing. I’ve got to ask him about it. Good for him, just to fulfill a dream and to go for it. I love it, that’s great.”

Amey, who unofficially lists himself at 6-foot-1 1/2, worked out in full uniform and wore No. 7 for the Sept. 25 workout.

“It was just a great experience to be able to play at a pro level,” he said, “and be able to also just to have an opportunity to get a chance to do something most people wish they had the opportunity to do. I didn’t think I was going to get an opportunity so I just felt like, ‘Hey, if the offer’s there just go for it.’”

“I know he didn’t make the team,” Looney said, “but he went out there and tried, that’s all you could ask for.”