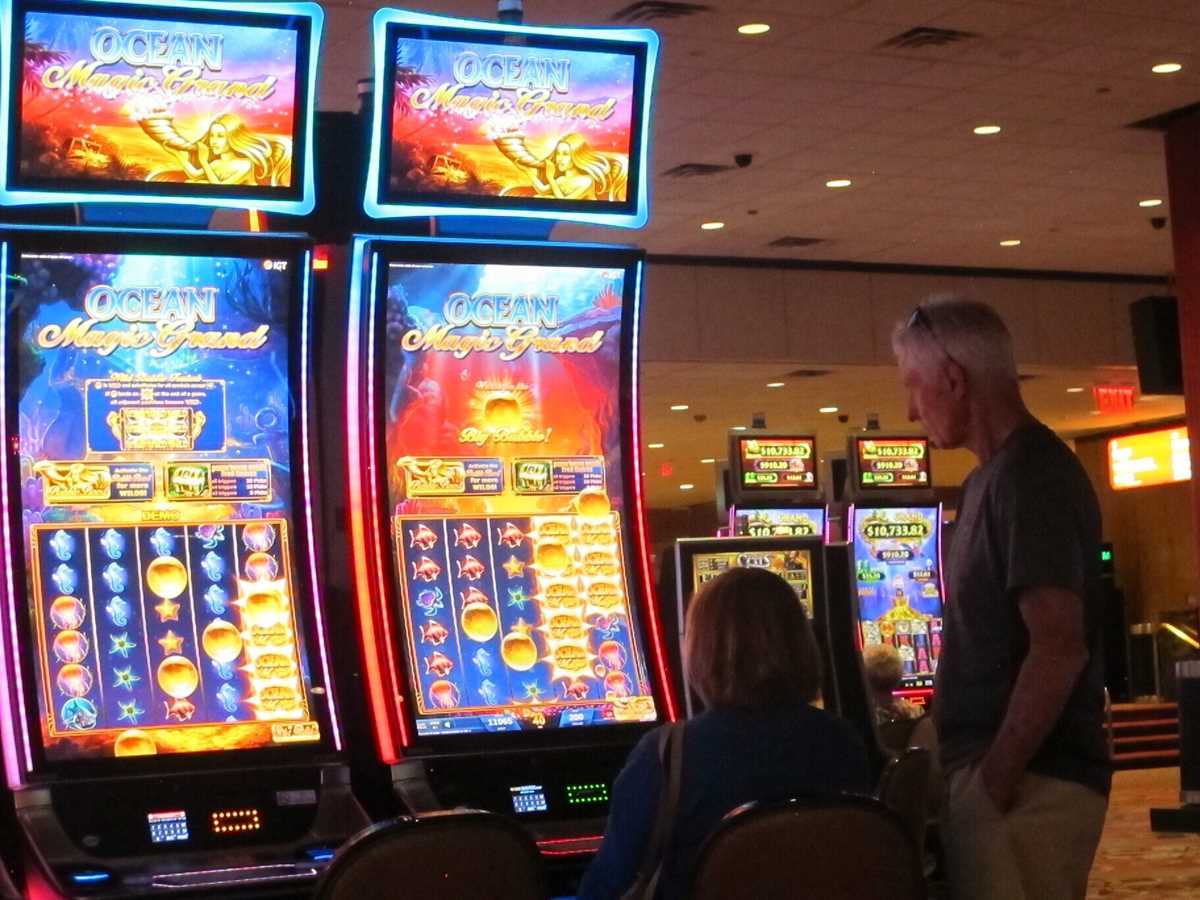 This June 23, 2021 photo shows people playing slot machines at Bally’s casino in Atlantic City N.J. On Oct. 25, 2021, panelists at the East Coast Gaming Congress in Atlantic City pondered what the casino floor of the future should look like, including how to attract the next generation of gamblers. (AP Photo/Wayne Parry) 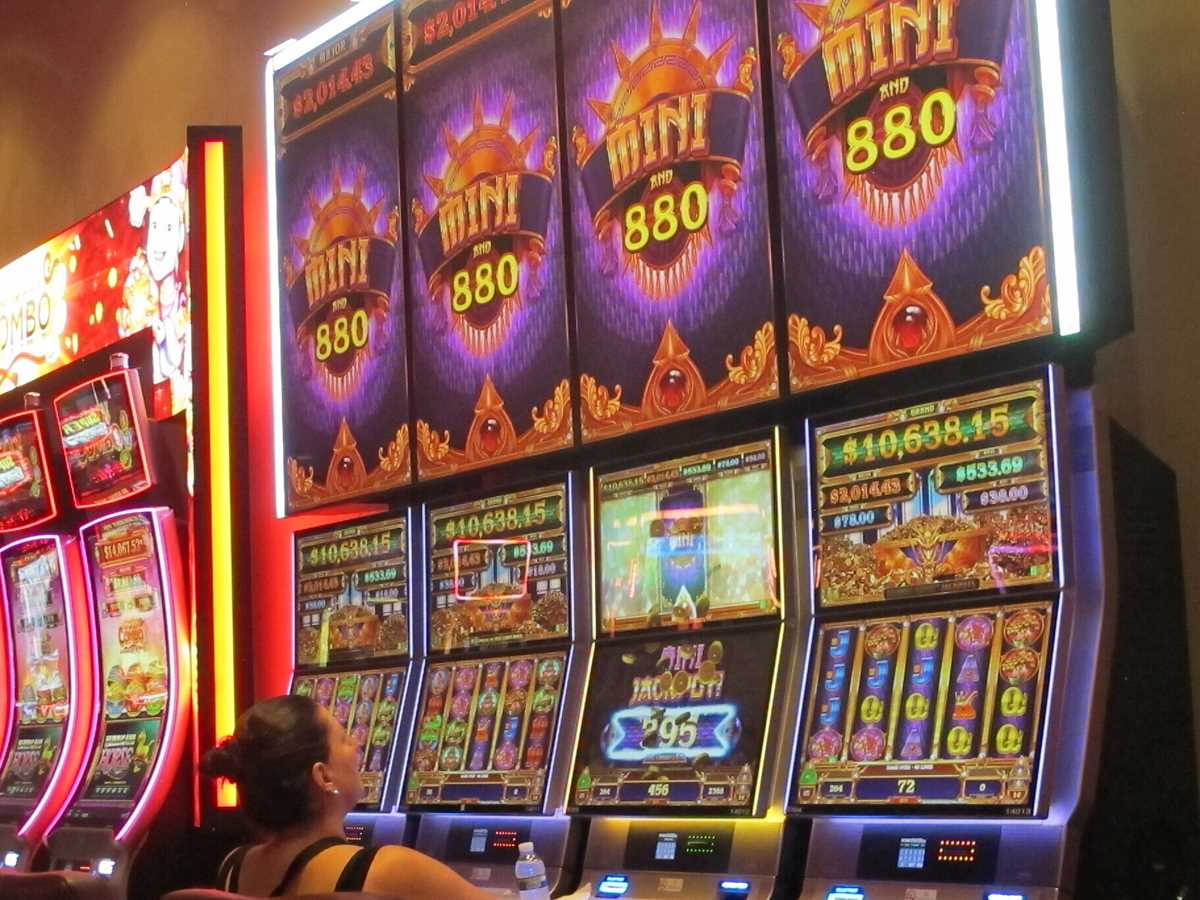 This June 23, 2021 photo shows a woman playing a slot machine at Bally’s casino in Atlantic City N.J. On Oct. 25, 2021, panelists at the East Coast Gaming Congress in Atlantic City pondered what the casino floor of the future should look like, including how to attract the next generation of gamblers. (AP Photo/Wayne Parry) 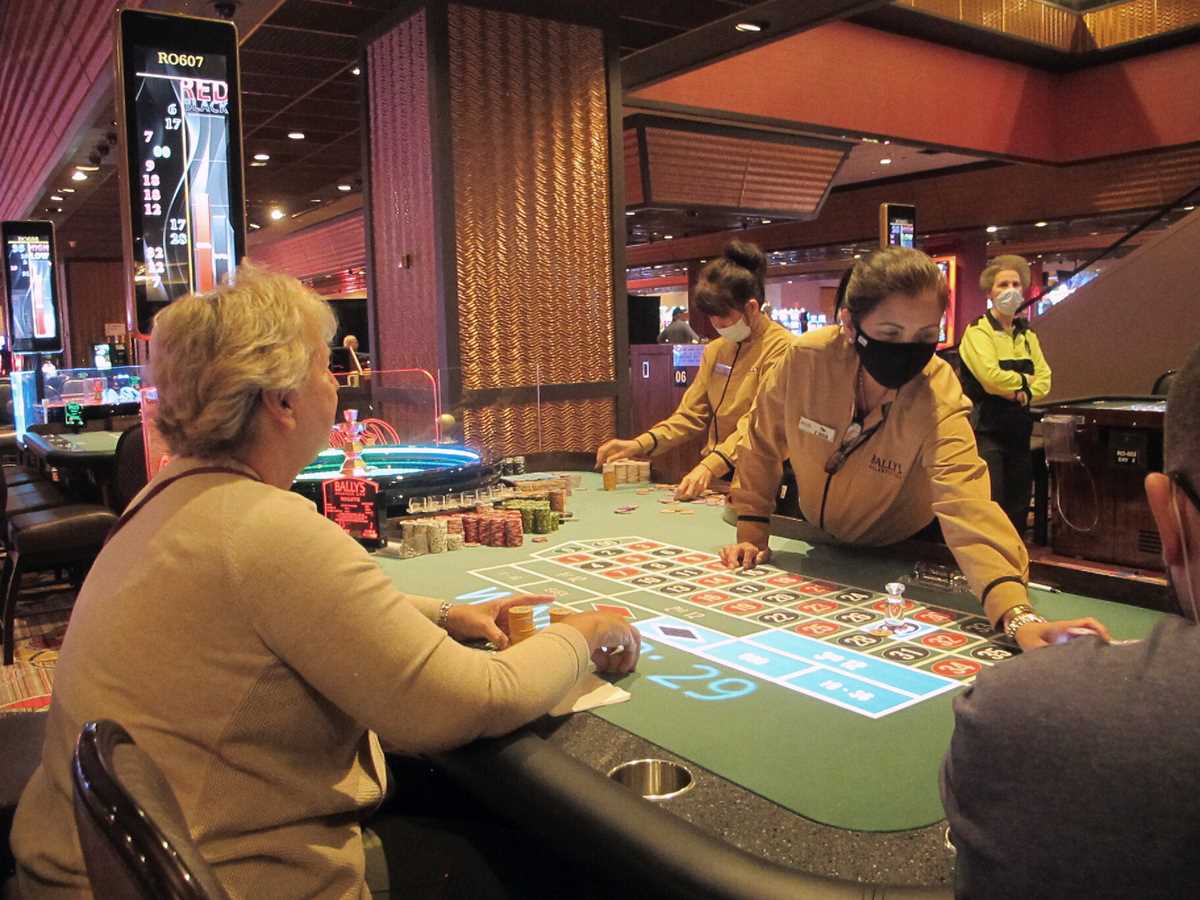 This June 23, 2021 photo shows people playing roulette at Bally’s casino in Atlantic City N.J. On Oct. 25, 2021, panelists at the East Coast Gaming Congress in Atlantic City pondered what the casino floor of the future should look like, including how to attract the next generation of gamblers. (AP Photo/Wayne Parry)

ATLANTIC CITY, N.J. (AP) — Walk into a casino today, and chances are it won’t look that much different than it did in the 1942 movie “Casablanca” when Humphrey Bogart made his way through the gambling tables in the smoke-filled room.

What the casino floor of the future should look like is a question the gambling industry has wrestled with for decades.

And it still has no definitive answers.

The topic was discussed Monday at the East Coast Gaming Congress, a major gambling conference in Atlantic City.

One big question: How to get young people interested in what casinos have to offer.

“It’s tough to get that kid out of his parents’ basement, and casino games aren’t going to do it,” said Joe Lupo, president of Atlantic City’s Hard Rock casino, referring to young adults.

They were games in which a player’s ability to perform a certain task was taken into account in determining whether he or she would win or lose a game — a departure from the strict random games of chance that have been the backbone of the gambling industry since its inception.

But they never really caught on, and most were quietly removed in less than a year.

Casino executives and gambling equipment manufacturers at Monday’s conference agreed younger customers want varied experiences, much more than the monotony of pushing a button and waiting to see whether they’ve won or lost.

“The younger generation likes to do things,” said Rick Meitzler, CEO of gambling manufacturer Novomatic Americas. “They like to play on their phones. Ten to 15 years from now, you’ll see that 25-year-old become a 40-year-old and part of our target audience.”

And you have a potentially explosive company.

But can casinos afford to wait that long?

Most casinos have embraced electronic tables games, not only as a way to save on labor costs, but to offer a low-stress introduction to games, particularly card games, that novice gamblers might find intimidating.

Atlantic City and particularly Las Vegas have begun to embrace esports as a way to fill their casinos and hotels with young customers interested first and foremost in playing online games against each other. But when they’re done, they order food and drinks and engage in non-gambling activities that the casino resorts offer.

“We think esports is the next big thing,” said Robert Heller, president and CEO of Spectrum Gaming Capital. “Every casino company I’ve talked to is interested. This is happening.”

Ari Fox, co-CEO of Gameacon, an esports tournament company, said the key is reaching younger customers where they are.

“Younger people don’t go on Facebook; they don’t play on Instagram,” he said. “They talk on Discord. The key to earning them as customers is earning their trust.” He said gambling companies need to tell these customers, “This is not where your parents go. This space is for you.”