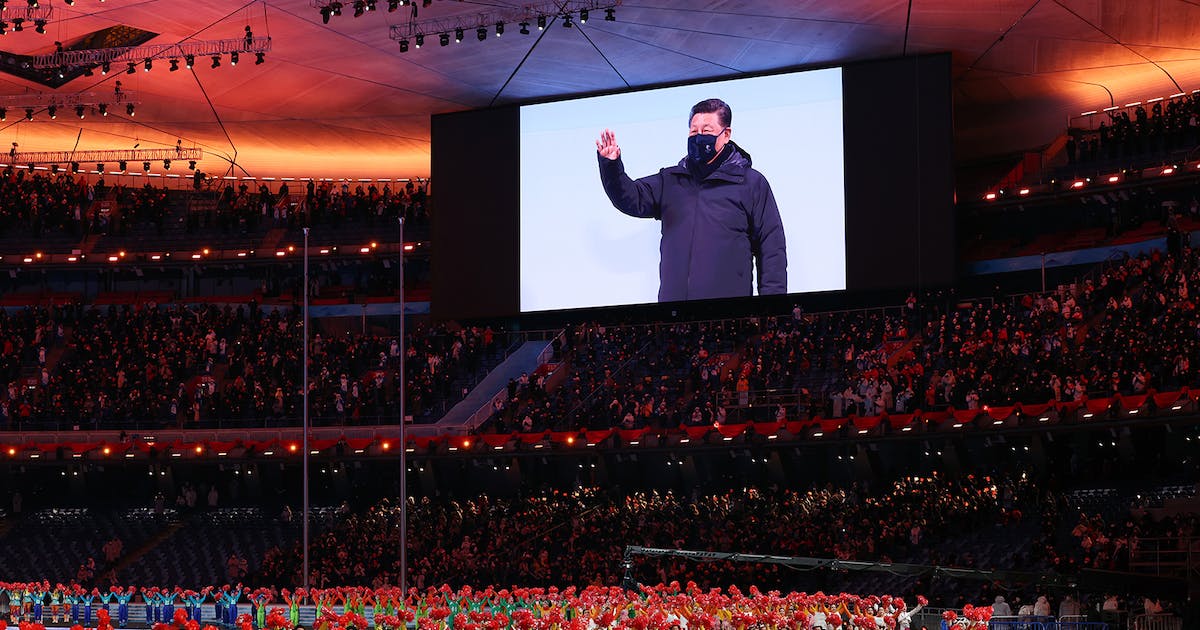 BEIJING – Noah Hoffman understands the desire to speak up. For the athletes competing at the Beijing Olympics, the Winter Games will provide a global megaphone, a platform to voice their concerns about human rights abuses in China.

Yet Hoffman, a two-time Olympian, is afraid of what might happen to anyone who climbs on that soapbox.

“My advice for athletes who are there is to stay silent,” said Hoffman, a former cross-country skier. “I’m scared for their safety when they go to China.”

Though the International Olympic Committee promotes the idea that the Games transcend politics, that’s never been true. The Olympics have long been a vehicle for propaganda and a flash point for protest, with China’s second turn as Olympic host even more politically charged than its first.

The country is being accused of “sportswashing” its record on human rights, using the Winter Games to polish its image and deflect criticism. Since staging the 2008 Summer Games, China’s government has become more autocratic, dashing hopes that the principles of the Olympic movement would nudge it toward democracy.

Its mass internment of Uyghur Muslims has led activists to label these Olympics the “Genocide Games.” China has quashed a pro-democracy movement in Hong Kong, cracked down on dissidents, jailed its critics and kept its citizens under surveillance. In November, tennis star Peng Shuai temporarily disappeared from public view after accusing a former government official of sexually assaulting her.

Despite calls for a boycott, no countries or major sponsors pulled out of the Beijing Games for political reasons. The United States chose a diplomatic boycott, sending its athletes while government representatives stayed home.

All of that has put Olympic athletes in an uncomfortable position. Many use their status to speak up for marginalized groups and speak against repression. Even the International Olympic Committee has recognized their power, bowing to pressure and expanding the political-speech rights of athletes.

“In China, athletes will be surveilled, and their rights to free speech and protest curtailed,” said Worden, whose group has been highly critical of the decision to award the Winter Games to China. “There are risks to athletes unprecedented in the modern Olympic era.”

U.S. Olympic women’s hockey coach Joel Johnson,one of many Minnesota athletes and coaches at the Games, said his team is aware of the issues but is not putting them top of mind while in Beijing.

“We’ve talked to the team and encouraged them not to ignore anything that’s going on in the world,” said Johnson, the women’s hockey coach at St. Thomas. “At the same time, when we get off the bus every day, our primary focus is going to be hockey.

“It doesn’t mean those things don’t matter. It just means that maybe those things are for other people to talk through, and our job right now is to focus on being in the Olympics.”

Last week, CNN aired a segment on Peng’s plight. Viewers in a Beijing hotel heard the report introduced, but they could not see it. The signal abruptly disappeared from the TV screen, replaced by multicolored bars until the segment ended.

The hotel’s in-room internet also is censored, with some websites restricted. An analysis by the University of Toronto’s Citizen Lab found that My 2022, a phone app all Olympic participants were required to download, is not secure. The group also found features that allow users to report “politically sensitive” content.

The U.S. delegation and many media groups are using burner phones — and in some cases, burner laptops — to try to avoid hacking, tracking and malware. There are concerns about how the Chinese government could use the vast amount of personal information Olympic athletes and others have been forced to supply in order to participate in the Games.

Sarah Hirshland, CEO of the U.S. Olympic and Paralympic Committee, said Friday she had a high degree of confidence that U.S. athletes would be “safe on all issues,” including free speech. While the group did not issue specific instructions on what athletes should or should not say, Hirshland said it made extensive efforts to educate them on Chinese rules and norms.

“We didn’t issue warnings, we didn’t issue proclamations,” Hirshland said. “We’re empowering athletes to make the choices they want to make. We feel like we’ve done a really thorough job of ensuring everybody is coming into these Games with the information they need to make smart choices.”

The International Olympic Committee last year relaxed its Rule 50, which prohibits athlete protests at the Games. Demonstrations on the medal podium still are forbidden, but athletes have more freedom to make gestures such as kneeling before competitions.

A Beijing Olympics official suggested last month that China would not be so forgiving. “Any behavior or speeches that are against the Olympic spirit, especially against Chinese laws and regulations, are also subject to certain punishment,” Yang Shu said during a January news conference.

That raised new worries about athlete safety, with House Speaker Nancy Pelosi adding her voice to those urging U.S. team members not to protest while in China.

“I would say to our athletes, ‘You’re there to compete,'” Pelosi said last week. “Do not risk incurring the anger of the Chinese government.”

While athletes debate their role in bringing attention to China’s human rights record, the Chinese government is creating its own narrative. The state-owned media company China Daily is producing an “official publication” for the Games, a tabloid-size daily newspaper handed out in the media workrooms at the Beijing Games.

The first three editions lavished praise on President Xi Jinping with headlines such as, “How President Xi’s leadership is delivering fantastic, extraordinary and excellent Winter Games.” International Olympic Committee President Thomas Bach has been complimentary, too, drawing accusations that he is helping China use the Olympics to “sportswash” its human rights issues. Bach said last week that the Beijing Games “enjoy the widespread support of the international community,” despite the diplomatic boycott and public uproar.

Susanne Lyons, board chair of the U.S. Olympic & Paralympic Committee, hopes the U.S. government’s refusal to send representatives to the Games relieves some pressure on athletes to speak up.

“We were very opposed to having the athletes bear the burden of trying to send a message the government wanted to send,” Lyons said. “[The diplomatic boycott] was much preferable to an athlete boycott.”

While some human-rights groups still are encouraging athletes to speak out about China, no U.S. team members have publicly indicated plans to stage protests in Beijing. Most echo the theme Johnson expressed: For the 17 days of the Olympics, their job is to compete.

“Any violation of human rights is something you care deeply about,” said Lee Stecklein of Roseville, a U.S. women’s hockey player competing in her third Olympics. “But the Olympics come once every four years. That’s what we have to be focused on with this group.”