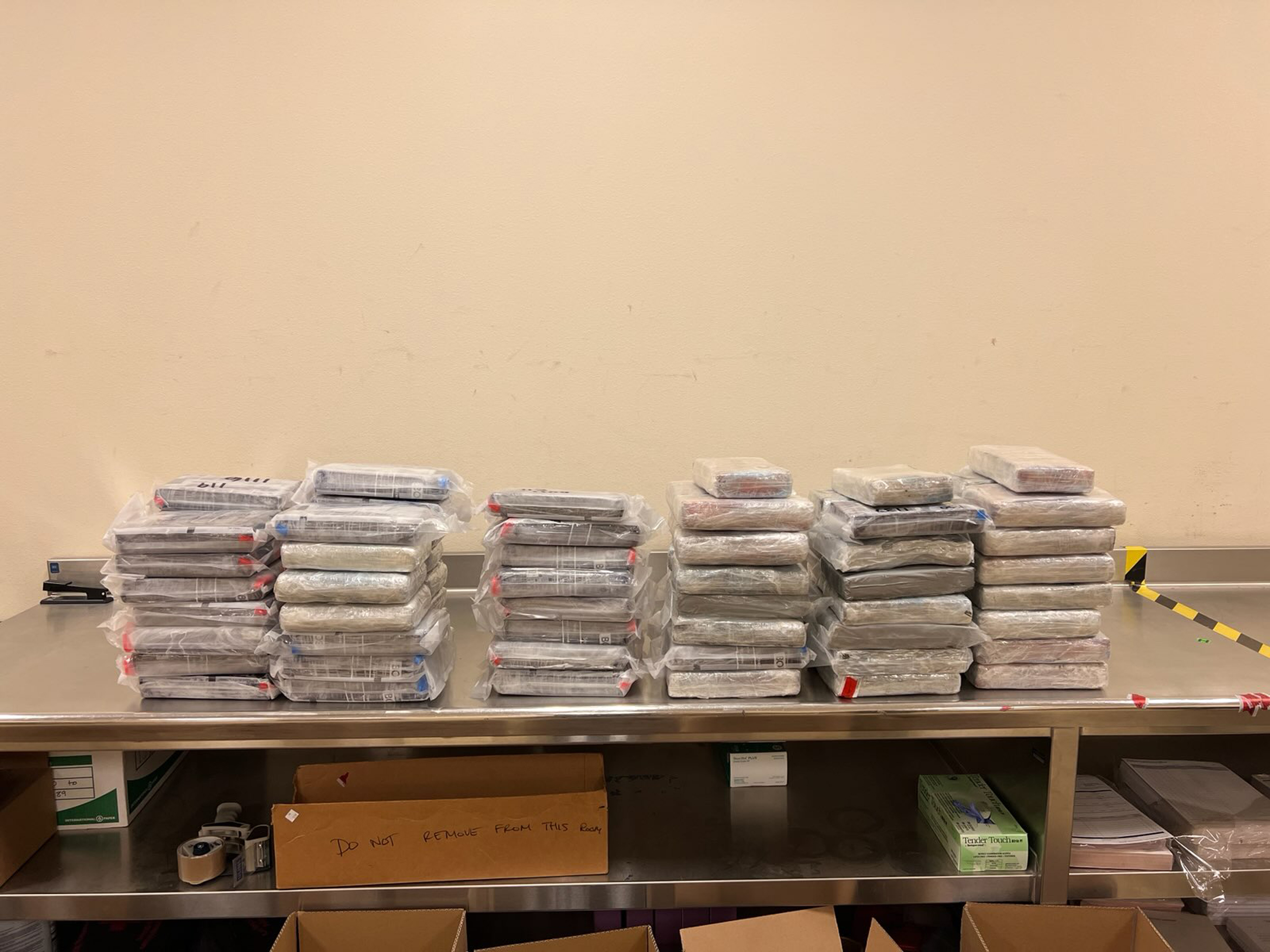 Police stated detectives stopped a produce semi-truck “for erratic driving” close to Interstate 15 and St. Rose Parkway at round 2:30 a.m. when a K9 “indicated an alert for medicine which led to a search.”

“A semi-truck had more than just produce on board,” police stated in a collection of tweets Friday. “Among the load of tomatoes, we found 230 pounds of cocaine with an estimated value of $10.5 million.”

Two males recognized by police as Nanak Singh and Chandra Prakash had been taken into custody for trafficking a managed substance, authorities stated.

As of Saturday morning, Nevada jail information do not present whether or not Singh and Prakash are nonetheless in custody.

Nicole Acevedo is a reporter for NBC Information Digital. She stories, writes and produces tales for NBC Latino and NBCNews.com.