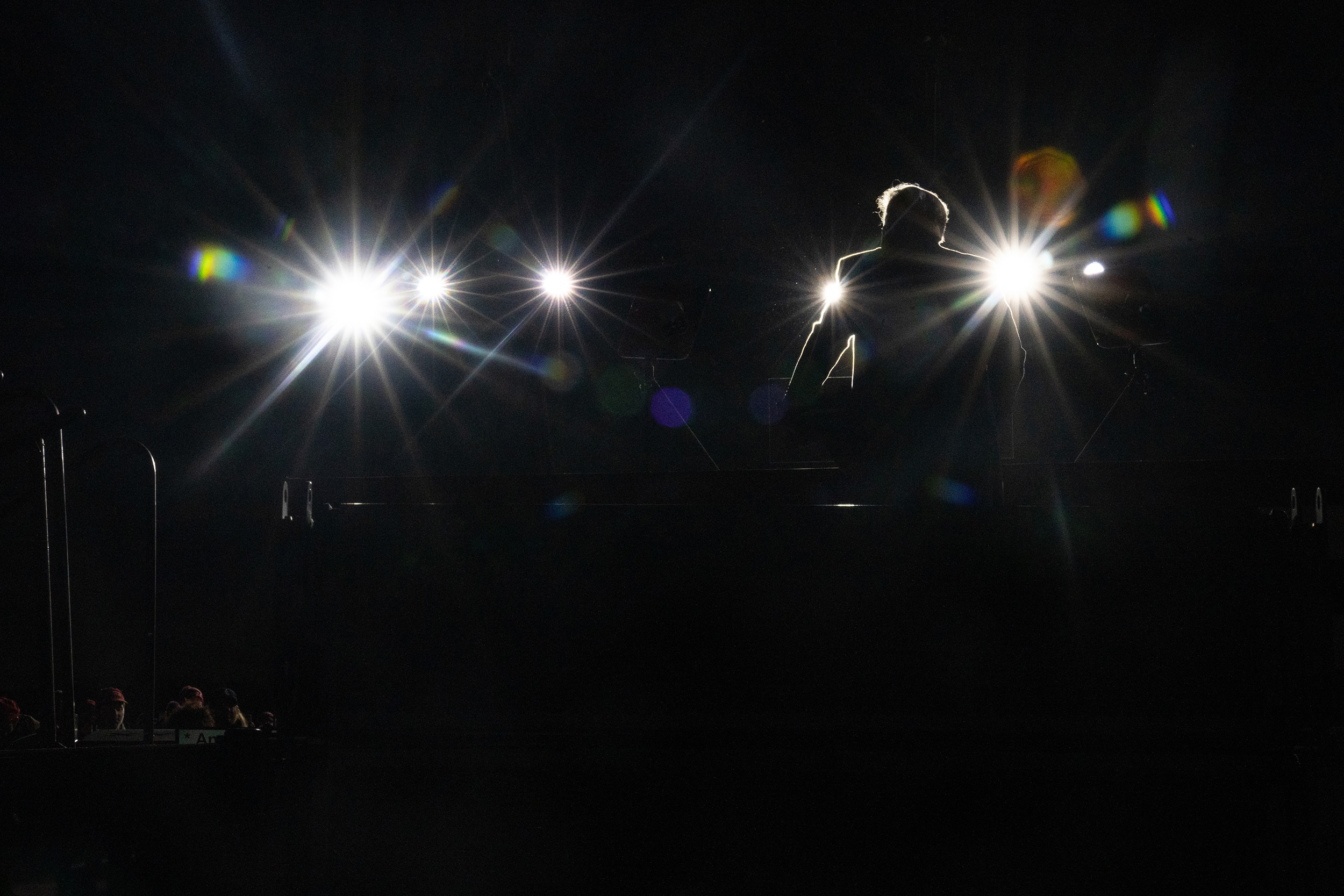 WASHINGTON — Former President Donald Trump is facing what could be his biggest electoral defeat since 2020 as he attempts to settle old scores against fellow Republicans in Georgia.

In the marquee race of the day, which includes primaries in Alabama and runoffs in Texas, Trump-backed David Perdue is sputtering in his bid to unseat Georgia Gov. Brian Kemp, whom the former president is determined to oust for not joining his effort to overturn the state’s presidential election results two years ago.

Polls leading up to Election Day indicate Kemp had a wide lead over Perdue, a former U.S. senator whose campaign stopped airing TV ads about a month ago. The gap suggests Trump’s support alone may be not enough to carry the day against a well-established incumbent whose only conservative transgression was refusing to get on board with Trump’s meritless fight over the 2020 election, which President Joe Biden won in Georgia. NBC News reported last week the former president had washed his hands of Perdue, privately grousing about what he believes is a lackluster campaign effort.

Kemp advisers are hopeful the governor will clear the 50 percent threshold that would allow him to avoid a June 21 runoff election against Perdue.

The eventual winner in Georgia, where polls close at 7 p.m. ET, will face Democrat Stacey Abrams in November, a rematch of their heated 2018 battle, in what is expected to be one of the most high-profile governor races in the country.

Some Republicans have expressed frustration with Trump’s heavy-handed involvement in GOP primaries. In a major sign of defiance, former Vice President Mike Pence traveled to Georgia to stump with Kemp on the eve of the contest.

Other Trump-backed candidates in Georgia have also faced difficulty, including those challenging Kemp allies who hold the secretary of state, attorney general and insurance commissioner offices. Georgia Secretary of State Brad Raffensperger, who earned a special place near the top of Trump’s enemies list for secretly recording a conversation in which the former president asked him to “find” him more votes, holds a narrow lead over challenger Rep. Jody Hice, according to recent polling.

If he does, Walker will face Democratic Sen. Raphael Warnock in November in what is expected to be one of the most expensive Senate races in U.S. history and a rare case of two Black candidates facing off in a crucial Senate contest.

Warnock won his seat early last year, but it was in a special election to serve out the remainder of a retiring senator’s term. He’s on the ballot again this year seeking a full six-year term.

Democrats also have internal battles on display Tuesday. After redistricting drew together a congressional seat in the Atlanta suburbs, a Democratic primary pits Rep. Lucy McBath, who is Black, against Rep. Carolyn Bourdeaux, who is white and seen as more moderate.

Both lawmakers were elected to Congress during Trump’s presidency and their race has brought in outside interest and money: McBath has had millions spent on her behalf by former New York City Mayor Michael Bloomberg’s Everytown for Gun Safety and Protect Our Future, the pandemic prevention super PAC funded by crypto billionaire Sam Bankman-Fried.

In Alabama, where polls close at 8 p.m. ET, Rep. Mo Brooks — who has the distinction of being endorsed and then unendorsed by Trump — appears to be enjoying a last-minute surge that’s put him back in contention for the GOP Senate nomination, which will likely be decided in a June runoff.

Meanwhile, in Texas, both parties have unfinished business from their March 1 primaries. For Republicans, Tuesday will test whether the Bush family brand still has juice with Trump among the GOP.

Paxton, with Trump’s backing, is favored in the runoff after finishing well ahead of Bush in the first round, besting him 43 percent to 23 percent, but short of the 50 percent needed to avoid a runoff. (Bush has also been vocally supportive of Trump, unlike other members of his family.)

Democrats, on the other hand, will soon find out the winner in one of their biggest ideological battles of the year, between moderate Rep. Henry Cuellar and progressive challenger Jessica Cisneros.

It’s a rematch from 2020, but one that has become even more heated after an FBI raid on Cuellar’s house and his muddled record on abortion rights as the Supreme Court is poised to potentially strike down Roe v. Wade.

Most polls in Texas close at 8 p.m. ET, but some in the Mountain Time Zone stay open an hour later.