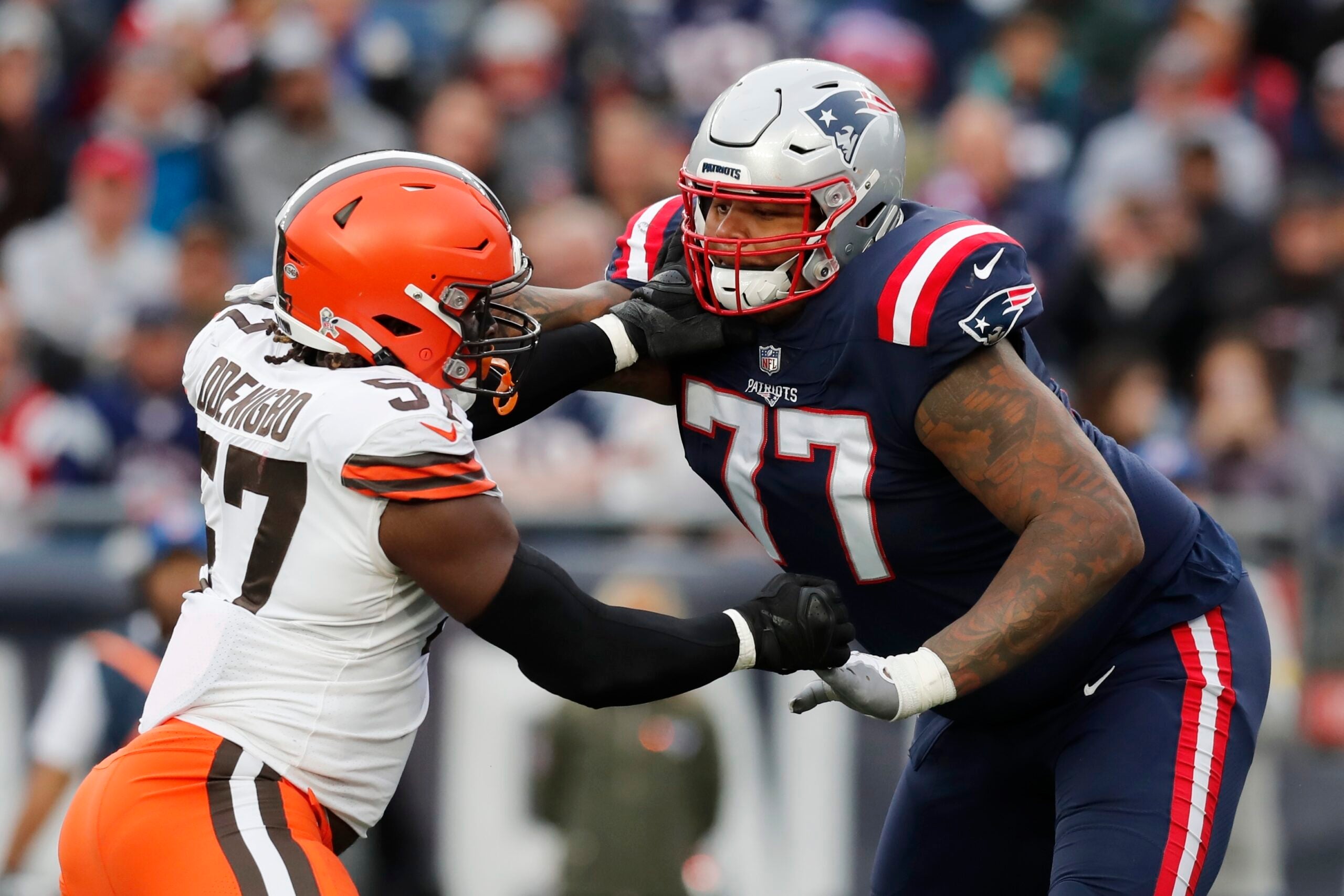 Tonight, the Celtics face the Hawks in Atlanta at 7:30 p.m.

Tomorrow, the Patriots will also be in Atlanta to play the Falcons at 8:20 p.m.

Trent Brown’s scary 2020 experience: On Sunday, Patriots offensive tackle Trent Brown was back on the field after a prolonged absence due to injury, making his first start since the season-opener in September.

For the 28-year-old, it was a fitting game to make his return. A year earlier, Brown—then playing for the Raiders—was hospitalized in Cleveland after a mishap with a pregame IV meant that air got into his bloodstream.

“To kind of come back and play against the Browns, I thought was pretty cool, because I almost died before we played them last year,” Brown told reporters on Tuesday.

As he explained, the issue occurred amid his “normal routine.”

“Getting an IV, and to just pass out and almost going into cardiac arrest was crazy,” said Brown.

“When I was laid out on the floor, I definitely thought about my kids,” he added. “I even thought about retiring, honestly. It was that scary. I was about to be done with it. Then after it kind of settled down a bit, I was fine.”

Still, Brown revealed that the timeline to make a complete comeback was far longer.

“To actually fully recover, it probably took about eight months to feel normal again,” Brown recalled. “And to actually start making steps, as far as improvement, to feel like myself again on the field after eight months.”

Eventually, New England stepped in to trade for Brown in 2021 (the second time the Patriots had acquired him in his career). Now back in the starting lineup, Brown made his presence felt immediately, helping the Patriots rush for 184 yards in Sunday’s 45-7 win over the Browns.

For Brown, it was about reconnecting with a feeling he hadn’t experienced in a while.

“I forgot how fun it is,” said Brown. “It feels like it’s been three years since I played ball and had fun playing ball.”

Trivia: In 2018, when the Patriots first acquired Trent Brown (from the 49ers), the trade with San Francisco also included a 2018 fifth-round pick, which New England used to selected a linebacker. Name that player.

(Answer at the bottom).

Canada moves to the top of CONCACAF: With a hard-fought 2-1 win over powerhouse Mexico in Wednesday’s World Cup qualifier, Canada’s men’s soccer team moved to the top of the CONCACAF standings (ahead of the United States by one point through eight games).

On a frigid night in Edmonton—temperatures dipped below 20 degrees before kickoff—both goals came from forward Cyle Larin, with teammate Sam Adekugbe celebrating by jumping joyously into a nearby pile of snow. Revolution midfielder Tajon Buchanan played the full 90 minutes, partaking in some of the game’s “chippy” back-and-forth.

On this day: In 1985, the Patriots fought to the end in a 20-13 comeback win over the Seahawks. The 13-point fourth quarter allowed New England to extend the team’s winning streak to six games.

Daily highlight: West Ham striker Michail Antonio scored an absolute rocket for Jamaica to tie it up against the United States in a 1-1 draw on Tuesday.

Bonus: A truly Brazilian moment from Vinícius Jr. in a World Cup qualifier against Argentina.