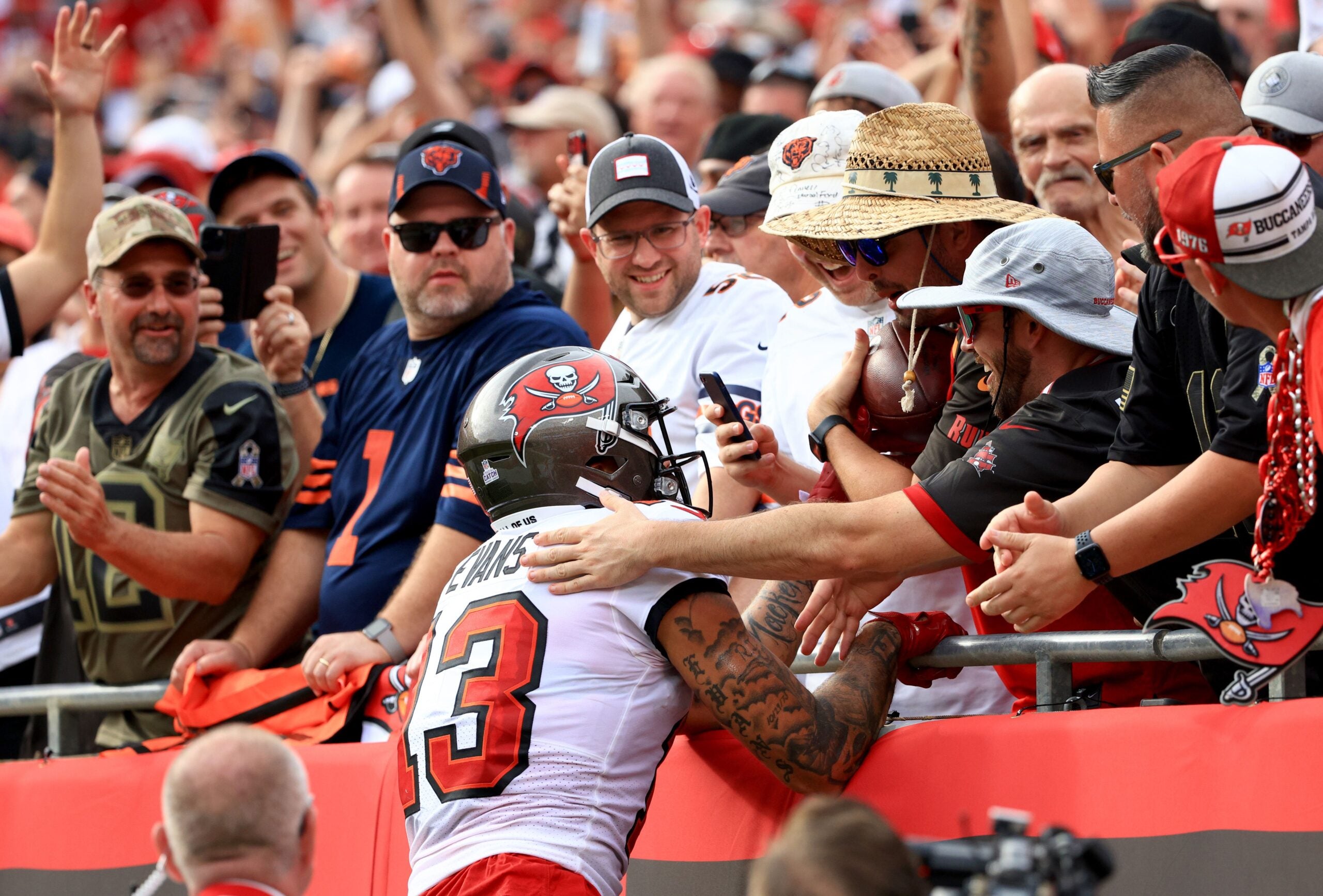 The Tampa Bay Buccaneers fan who gave back Tom Brady’s 600th touchdown ball may not be getting market value for returning the piece of NFL history.

But he is still getting a pretty lucrative reward.

ESPN reported Monday that Byron Kennedy, the fan who Bucs receiver Mike Evans unwittingly handed the historic ball Sunday, will receive two signed Brady jerseys, a helmet, another jersey autographed by Evans, and Evans’s game-worn cleats, as well as a pair of season tickets for the remainder of 2021 and all of 2022 and a $1,000 credit to the team’s store, after he agreed to give the ball back.

And during an appearance on the network’s Monday Night Football simulcast with Peyton and Eli Manning, the former New England Patriots quarterback revealed that Kennedy was also getting a bitcoin, perhaps the most fruitful piece of the haul.

It’s unclear how much bitcoin Brady owns, though he changed his Twitter profile picture to indicate his support for the volatile digital token in May.

Still, that doesn’t quite match the $500,000, if not more, that experts say Kennedy could have received if he kept the ball Sunday and sold it (no other quarterback has ever reached 600 NFL touchdown passes; Drew Brees is second with 571).

“Byron realized he lost all of his leverage once he gave the ball away,” Brady joked Monday. “He should have held it and then get as much leverage as possible.”

The older Manning joked that it was an “amateur move” on Kennedy’s part.

“If we would have held it, he would have been sitting in the Tom Brady suite for the rest of the season,” the former Colts quarterback said.

Stay up to date on all the latest news from Boston.com