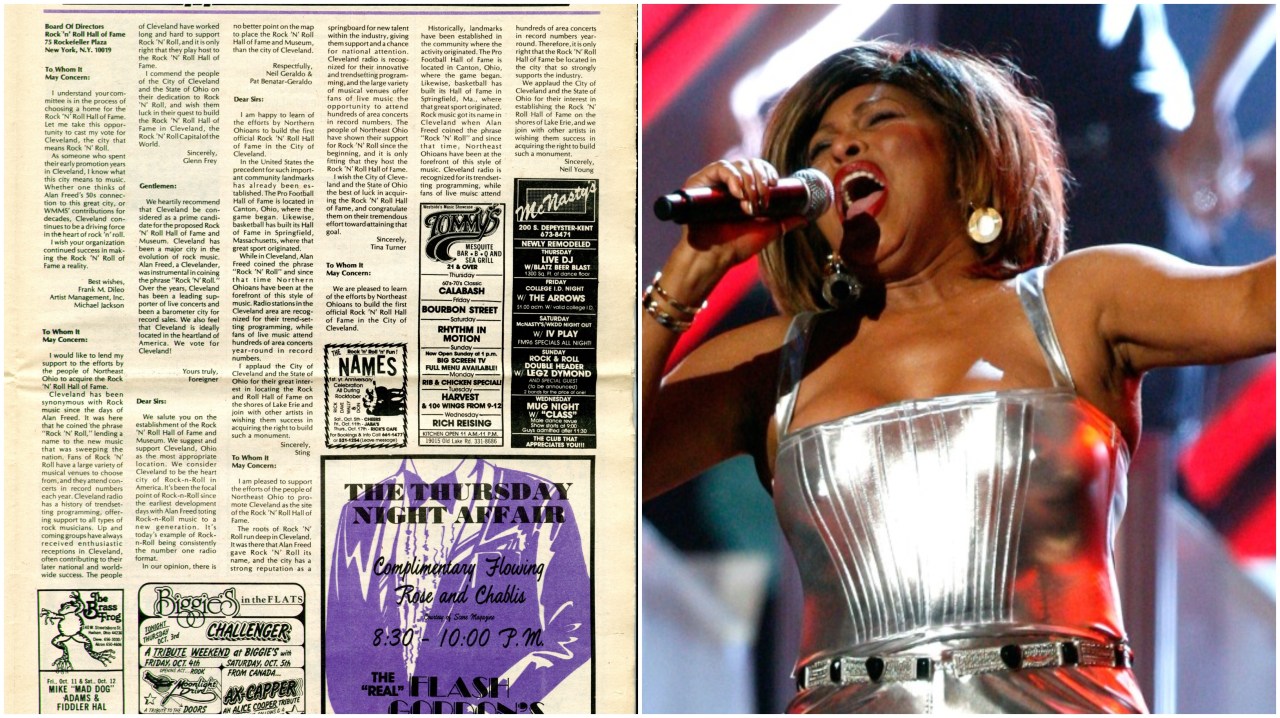 CLEVELAND, Ohio (WJW) — The Queen of Rock and Roll wasn’t in Cleveland Saturday for her second induction into the Rock and Roll Hall of Fame.

But years ago, when it was proposed that Cleveland be the home of the Rock and Roll Hall of Fame, Turner, of Switzerland, was one of the biggest supporters of the idea.

She wrote a letter that was printed in the “Cleveland Scene” in 1985 emphasizing the city’s role in rock and roll history and wishing it luck in landing the Rock Hall.

“I am pleased to support the efforts of the people of Northeast Ohio to promote Cleveland as the site of the Rock ‘N’ Roll Hall of Fame.

The roots of Rock ‘N’ Roll run deep in Cleveland. It was there that Alan Freed gave Rock ‘N’ Roll its name, and the city has a strong reputation as a springboard for the new talent within the industry, giving them support and a chance for national attention. Cleveland radio is recognized for their innovative and trendsetting programming, and the large variety of musical venues offer fans of live music the opportunity to attend hundreds of area concerts in record numbers. The people of Northeast Ohio have shown their support for Rock ‘N’ Roll since the beginning, and it is only fitting that they host the Rock ‘N’ Roll Hall of Fame.

I wish the City of Cleveland and the State of Ohio the best of luck in acquiring the Rock ‘N’ Roll Hall of Fame, and congratulate them on their tremendous effort toward attaining that goal.

Turner was inducted by Angela Bassett. Musicians including Christina Aguilera, Mickey Guyton, H.E.R. and Bryan Adams performed in her honor.

Turner, who spent 50 years in music, recorded a video message for the audience.

“If they’re still giving me awards at 81, I must have done something right,” she said. “I’m very happy to have this.”

Turner was previously inducted into the Hall of Fame as part of Ike and Tina Turner.

“Her voice,” Bassett said. “Her voice is instantly recognizable because it comes directly from her soul. She brings a depth of love to everything she does on and off the stage. Tina, welcome on your own to the Rock and Roll Hall of Fame. “You’re simply the best.”