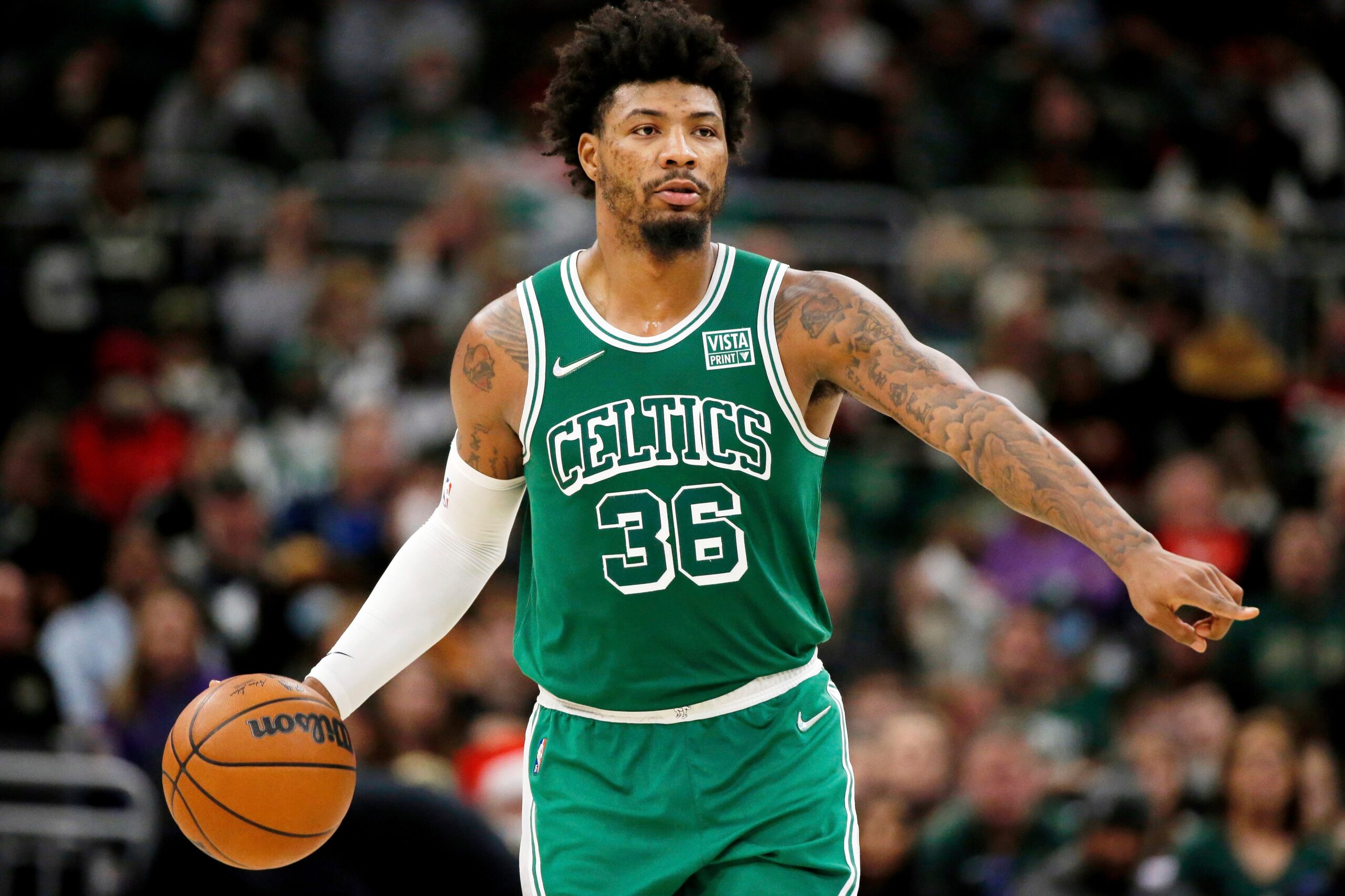 Marcus Smart is drawing interest on the trade market.

The Minnesota Timberwolves are “definitely trying to trade” for the Celtics starting point guard, according to KTSP and SKOR North’s Darren Wolfson. Bleacher Report’s Jake Fischer also reported the Timberwolves’ interest in Smart on Thursday.

As for what it would take for Smart to get traded to Minnesota, Wolfson believes that the Timberwolves would have to give up guard Malik Beasley and either forward Jaden McDaniels or a first-round pick. Beasley has been a rumored trade target for the Celtics. But instead of giving up Smart, the Celtics explored trading Josh Richardson and either Aaron Nesmith or Romeo Langford for Beasley, The Athletic reported Wednesday.

Smart’s constantly been rumored as someone who could potentially be traded ahead of Thursday’s trade deadline. The Celtics’ exact asking price for what they want in a Smart trade hasn’t been reported, though.

The Celtics could also have reservations on trading Smart considering his recent play. Since returning from the league’s health and safety protocols, Smart’s averaging 11 points and 6.6 assists per game on 54.9 percent shooting from the field over seven games, in which the Celtics have gone 6-1. In addition, the Celtics have a 122.3 offensive rating and a 91.1 defensive rating when Smart’s been on the court over the last seven games, outscoring their opponents by 31.2 points per 100 possessions.

Smart, who turns 28 in March, agreed to a four-year, $77 million extension with the Celtics in August.

Beasley could provide scoring off the bench for the Celtics if they acquired him. He averaged 19.6 points per game last season but his scoring’s taken a dip this season as his average is down to 12.1 points per game. There are a couple reasons for that. The emergence of Anthony Edwards and D’Angelo Russell staying healthy for most of this season has led Beasley to shoot nearly five fewer shots per game (16.2 to 11.6). He’s also making fewer 3-pointers, shooting 34.8 percent from deep this season after shooting 39.9 percent from deep last season.

Trading for McDaniels, who’s in his second season, would add an extra body to the Celtics’ frontcourt. He’s averaging 8.3 points and 4.3 rebounds coming off the bench this season.

The Timberwolves sit in a similar spot record-wise as the Celtics this season. They’re 27-25 and are in seventh in the Western Conference as they look to avoid the play-in.