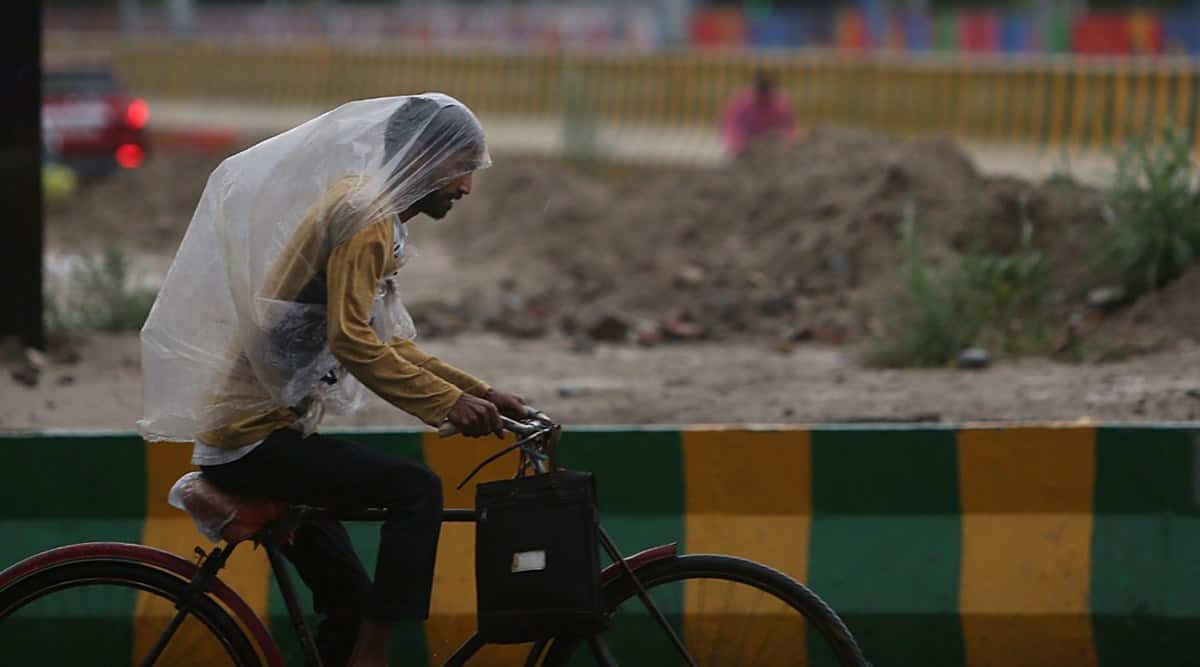 With rainfall and a thunderstorm that broke a long, mostly dry spell, the temperature plummeted in Delhi-NCR on Monday. The maximum temperature recorded on Monday was 31.5 degrees Celsius, eight degrees below the normal for this time of the year.

According to IMD scientists, this was the first storm of ‘moderate intensity’ this season. The Safdarjung weather observatory, which provides representative figures for the city, recorded 12.3 mm of rainfall between 5.30 am and 8.30 am on Monday. This has helped lower the season’s deficit, said R K Jenamani, scientist, India Meteorological Department (IMD). From February 25 to May 20, the Safdarjung weather station has recorded only 1.7 mm of rainfall, which is the lowest for this period since 1945, Jenamani said. In 1945, the same period recorded no rainfall at all, he added.

The normal amount of rainfall for the season at Safdarjung is 41.6 mm. So far, the city has recorded 15.6 mm, which is a deficit of around 63%. From March to May, the normal occurrence of thunderstorms in Delhi is for around 12 to 14 days, but this season recorded only four to five such days till Monday, and these were mostly dry, Jenamani said.

The rainfall was brought by an active western disturbance that began to affect parts of Punjab on Sunday night, then the clouds moved towards Haryana and Delhi, before moving eastwards to Uttar Pradesh, Jenamani said. The peak of the thunderstorm and rainfall activity was seen on Monday morning, but cloudy conditions would persist till Monday evening or Tuesday morning, Jenamani said. He added that the impact of the thunderstorm could mean that heat wave conditions are likely to remain suppressed till around May 29 or 30.

An IMD bulletin issued on Monday evening stated that a western disturbance lies over north Pakistan. The intensity of the rainfall brought by the western disturbance to parts of northwest India would peak on Monday and reduce from Tuesday onwards, according to the bulletin. While there is likely to be no significant change in maximum temperatures over northwest and central India during the next two days, it could rise by two to four degrees thereafter.