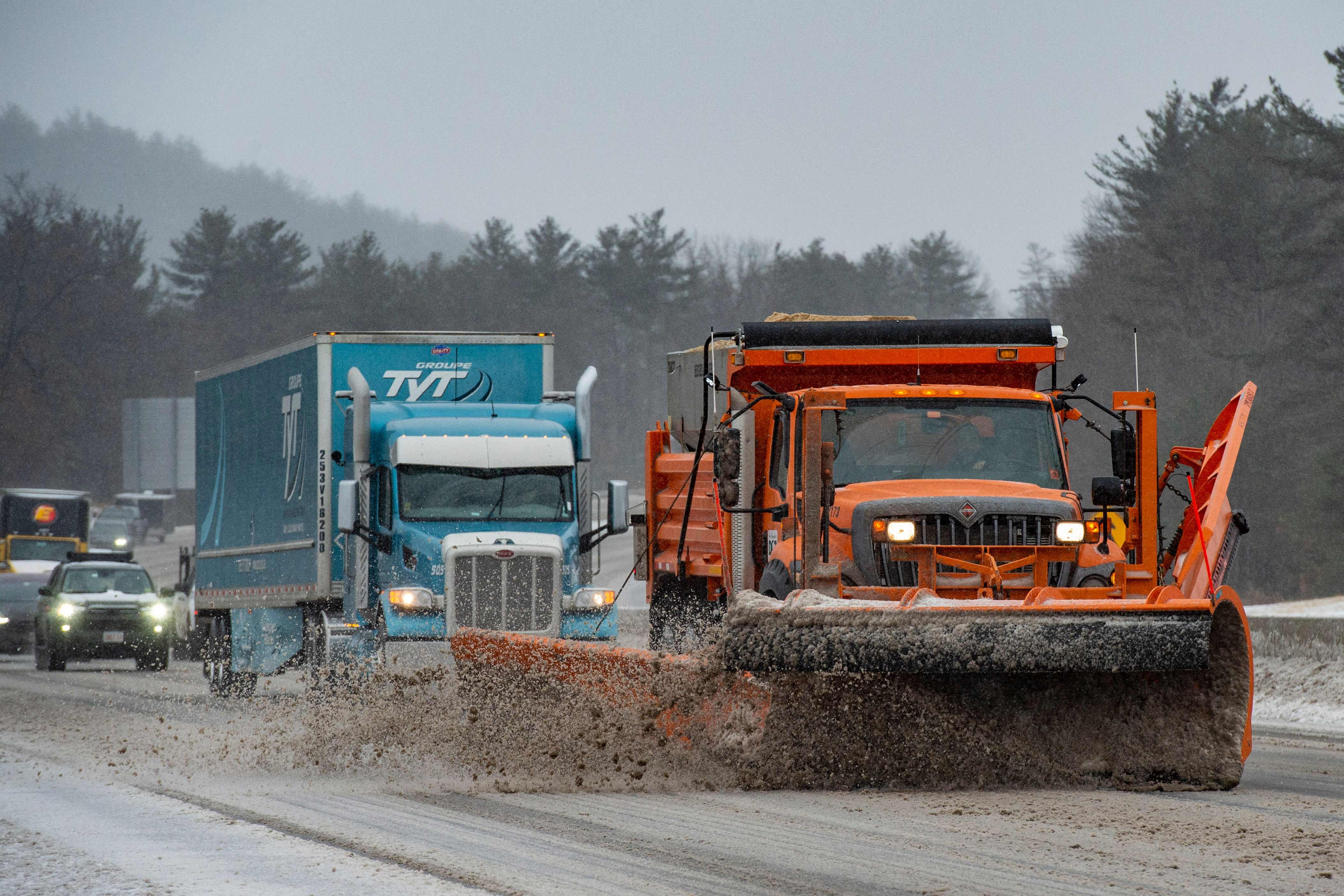 Tens of thousands of people woke up without power Saturday after a major winter storm battered huge swaths of the country, from the Deep South to the nation’s northeastern tip.

Up to 17 inches of snow and ice covered parts of New York State, Vermont, Indiana, and Maine early Saturday, the National Weather Service said in a tweet.

In a separate bulletin, it warned that “bitterly cold temperatures will span an area from the Southern Plains to the Ohio Valley and Northeast,” on Saturday.

Around 87,444 households were still without power in Tennessee early Saturday, while almost 56,000 woke up in the dark in New York state, according to tracking site poweroutage.us.

Parts of Michigan, Minnesota, New York, and North Dakota have been placed under winter advisory warnings into the weekend, the NWS said. But by Sunday things would gradually start to warm up, it added.

New York Gov. Kathy Hochul deployed 24 members of the National Guard to support recovery efforts in Ulster County “as a severe winter storm continues to affect the Mid-Hudson Region with heavy ice and snow,” her office said in a news release Friday.

“The state will deploy additional assets to support recovery operations for as long as is needed,” Hochul said.

She had previouslywarned residents to stay home if possible to avoid ice-coated roadways and the threat of falling tree limbs in the Hudson Valley and Capital regions, according to the Associated Press.

“We’re not out of the danger zone yet,” she said. “The weather is wildly unpredictable.”

As roads became slippery, there were hundreds of car crashes.

“Patrols were going from one crash to another,” Massachusetts’ State Police tweeted Friday, adding that one person had died.

Officers had responded to at least 200 accidents since Thursday, the force said. “This number is most definitely low because reports are still being written and entered,” it added.

New York Gov. Kathy Hochul warned residents as the snow blows out to sea late Friday and Saturday to stay home if possible to avoid ice-coated roadways and the threat of falling tree limbs in the Hudson Valley and Capital regions, according to the Associated Press.

“We’re not out of the danger zone yet,” Hochul said. “The weather is wildly unpredictable.”

Further south, the clean up from a tornado which tore through Tennessee Thursday continued. Robert Knecht, Memphis’ public works director, said Thursday night said that 225 trees had been downed on the city’s streets.

They were in the minority, but the heavy snowfall was welcomed by some. Skiers and snowboarders in Vermont were happy to report some of the best conditions of the season.

“We’re just having a blast, the sauce is flowing,” one told the AP.