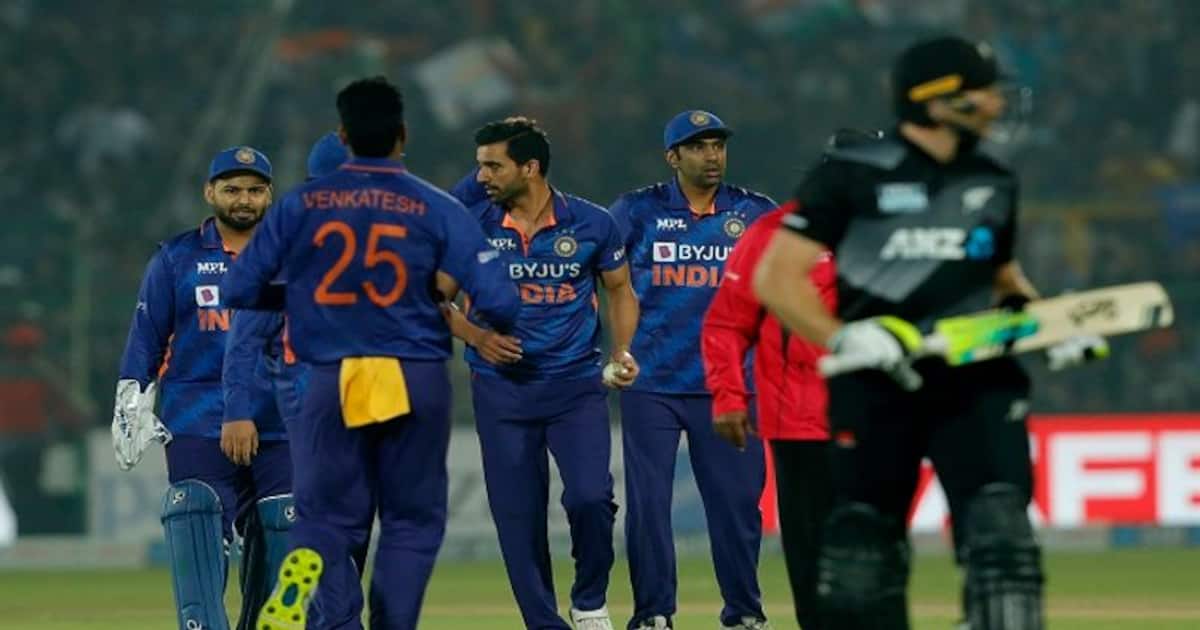 India has drawn first blood in the three-match T20I series, winning the opening game by five wickets in Jaipur on Wednesday. Meanwhile, quite a few records were scripted in the process. India proved again why it was one of the most excellent chasing sides in the game’s shortest format. On Sunday, it trumped New Zealand by five wickets in the opening Twenty20 International (T20I) at the Sawai Mansingh Stadium Jaipur. As a result, India has drawn first blood, while some records were scripted in the process that we take a look at. Martin Guptill and Mark Chapman break a partnership record
– Guptill and Chapman contributed to a 109-run stand for the second wicket. As a result, it was the highest partnership by New Zealand for any wicket against India in the format, while they went past the previous record of 107 between Colin Munro & Martin Guptill.
– Also, Chapman became the first batter in T20I history to score a half-century playing for two different sides (NZ and Hong Kong). India: The successful chaser
India again came out on top while chasing, something that it has always done better than any other side and caused its failure against Pakistan and NZ in the ICC T20 World Cup 2021. India has registered its 50th win in the format chasing, going past Australia and Pakistan with this win.