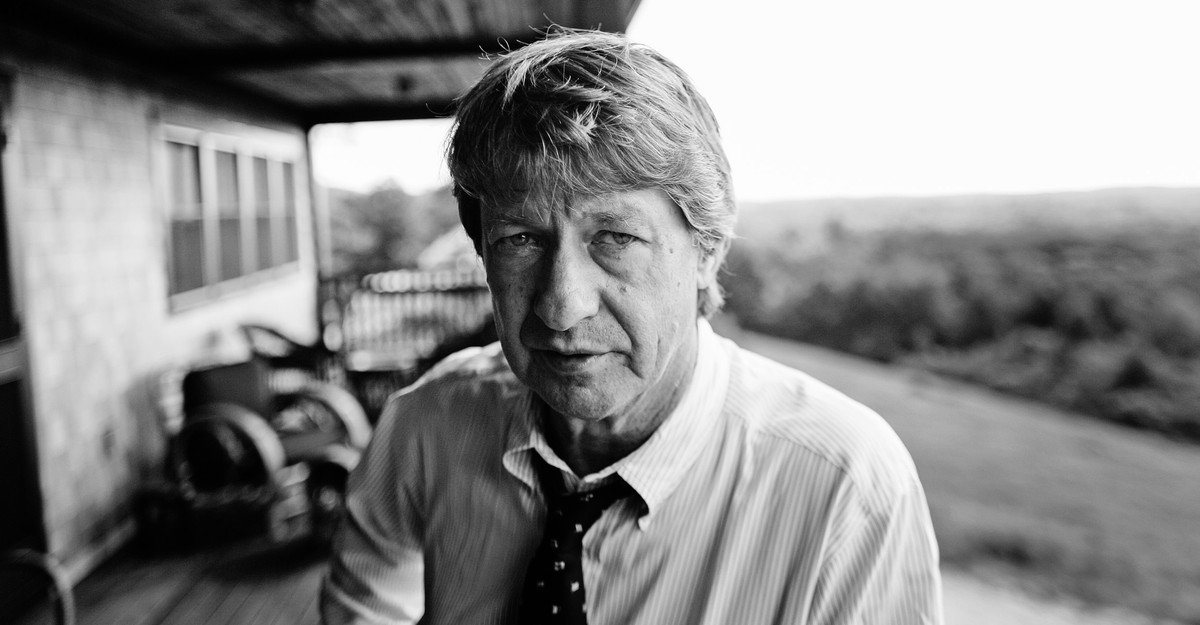 The journalist and political satirist P. J. O’Rourke, who died today, had a knack for making serious subjects funny. In 11 years of writing for The Atlantic, he covered bleakness—Enron, war memorials—with skepticism and a dash of absurdity. (Explaining his wariness of lawmakers, he wrote: “A chilling characteristic of politicians is that they’re not in it for the money.”)

Over his career, he was the editor in chief of National Lampoon, the foreign-affairs desk chief for Rolling Stone, and a research fellow at the Cato Institute. He was also, notably, a conservative libertarian committed to dissension and intellectual honesty, who was often at odds with other Republicans. Yet for all his grumpy criticism, real warmth and humanity shone through O’Rourke’s writing. He poked fun at himself right along with everyone else; he reminded us that it’s possible to care deeply without taking ourselves so seriously.

The sense of fun that O’Rourke championed feels rarer now. Even his own writing took on a harsher edge over the years. But that might be all the more reason to return to his work, some of which feels particularly prescient. In 2004, he wrote about listening to Rush Limbaugh in his car and wondering about the purpose of shouting into an abyss of like-minded listeners: “When was the last time a conservative talk show changed a mind?” In an oeuvre full of sardonic wit, it was an earnest moment, showing us that his appeals to open-mindedness weren’t jokes at all. Here are six of his memorable stories for The Atlantic:

In his first piece for The Atlantic, O’Rourke described interviewing then–Arkansas Governor Bill Clinton in 1992, along with three other journalists. “Who’s your favorite Beatle?” they asked. Clinton’s answer spoke volumes to O’Rourke about the future president’s level of coolness.

This piece not only explained the Enron scandal, but was a biting commentary on the limits of marketplace regulation: “We don’t understand finance, but it’s regulated, so we’re safe,” O’Rourke wrote.

O’Rourke made the logic-based case for distrusting politicians. What’s motivating them, anyway? “The average practical politician has less power than a high school senior-class president and cannot so much as unilaterally decree that the annual House-Senate sock-hop theme will be ‘Hula Luau.’” His conclusion: They’re not all evil, but they are all ridiculous.

“The Veterans of Domestic Disorders Memorial” (2003)

O’Rourke reflected on his younger days protesting the Vietnam War with a heavy dose of sarcasm. “As a generation, perhaps we weren’t the ‘greatest,’ but we certainly were the greatest surprise, when we returned from college drenched in patchouli oil, spouting Karl Marx, and wearing clown pants and braids in our beards,” he wrote.

After listening to Limbaugh, O’Rourke wondered why everyone seemed to be yelling past each other, and whether the same brand of hectoring existed on the left. “I looked for things that debased freedom, promoted license, ridiculed responsibility, and denigrated man and God—but that was all of TV,” he wrote. “How do you tell the liberal parts from the car ads?”

In his last piece for The Atlantic, O’Rourke voiced a characteristically counterintuitive take: When it comes to ideas, “the bigger, the worse.” Yet his own life was rich with ideas—and his readers are better for that.