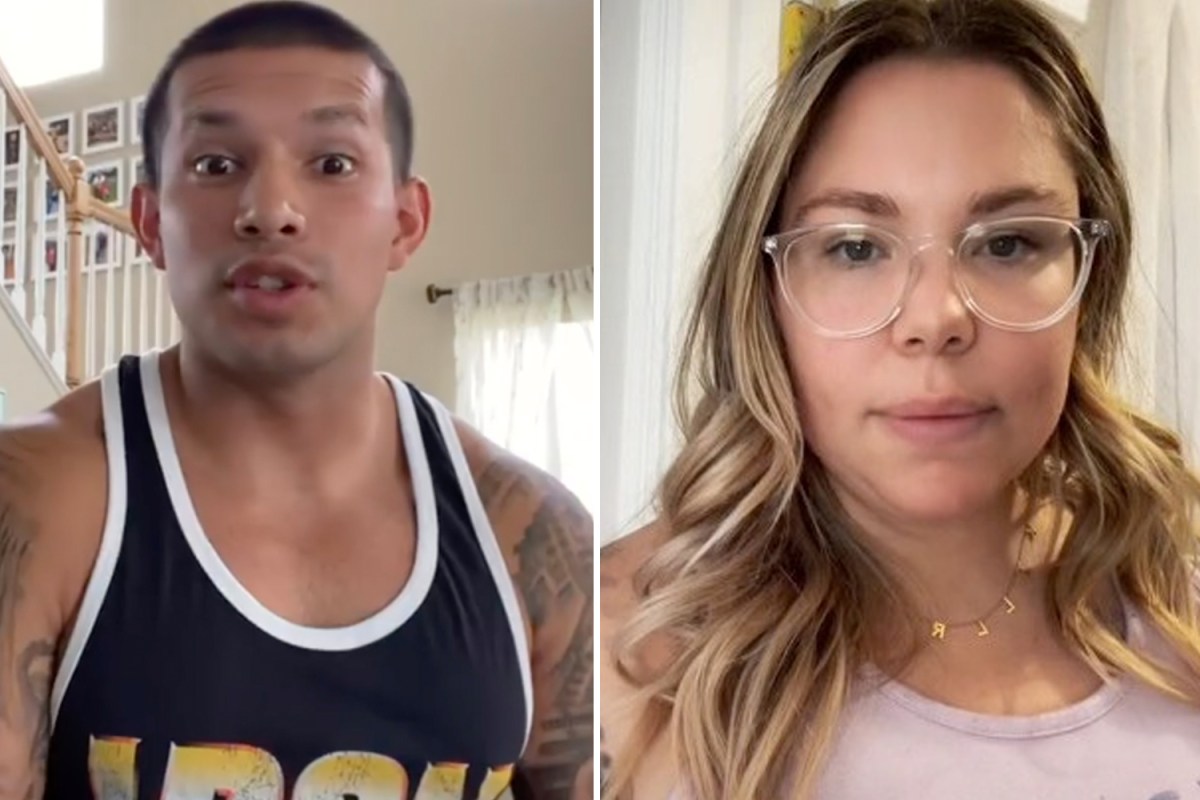 TEEN Mom Kailyn Lowry slammed her ex Javi Marroquin for “cussing her out” after she had posted a sweet TikTok video of her cuddling with her baby daddy.

A Redditor shared a snapshot of Kailyn, 29, responding to fan statements in the comments section.

A Teen Mom fan noticed that Javi, 29, had “deleted his comment.”

The Teen Mom 2 star replied to the fan and claimed: “Let it be known. I was not the one who deleted it.”

Kailyn accused her ex of “cussing me out for posting for.”

The former couple is the parents of son Lincoln, eight.

Javi is also the father of his three-year-old son Eli with his ex Lauren Comeau.

At the beginning of February, the duo sparked chatter of reconciliation when they appeared in a TikTok vid together.

The Teen Mom star donned a loose-fitted red sweatshirt and a brown beanie with the words “Boys Lie” on the front.

She also had her long blonde hair tucked underneath her beanie.

She mimicked the lyrics: “B**ches come and go bruh.”

During the next lyric: “But you know I stay,” the TV star jumped onto the couch and got cozy with Javi.

The MTV mom smiled as she laid herself on top of him before the video closed out.

He reportedly stated on her thread: “You post stuff as if it’s humorous. Do not post me.

“I already asked you to stop posting me. Period. Respect that.”

Meanwhile, the TV personality had taken their son Lincoln on a trip to Las Vegas.

While in Sin City, the MTV dad took to Instagram and shared a photo of the child.

The eight-year-old boy posed in front of the McCarran International Airport.

Lincoln had a huge smile on his face as he was holding a basketball under his arm.

The youngster appeared to be ready to play as he wore black sweatpants and a hoodie.

In another post, Javi explained that the father/son duo would be playing in a celebrity basketball game.

Alongside the photos, Javi wrote: “Come say hi and watch a fun game of basketball for charity!”

Kailyn is also the mother of her 11-year-old son Issac with Jo Rivera and shares Lux, four, and Creed, one, with her ex Chris Lopez.