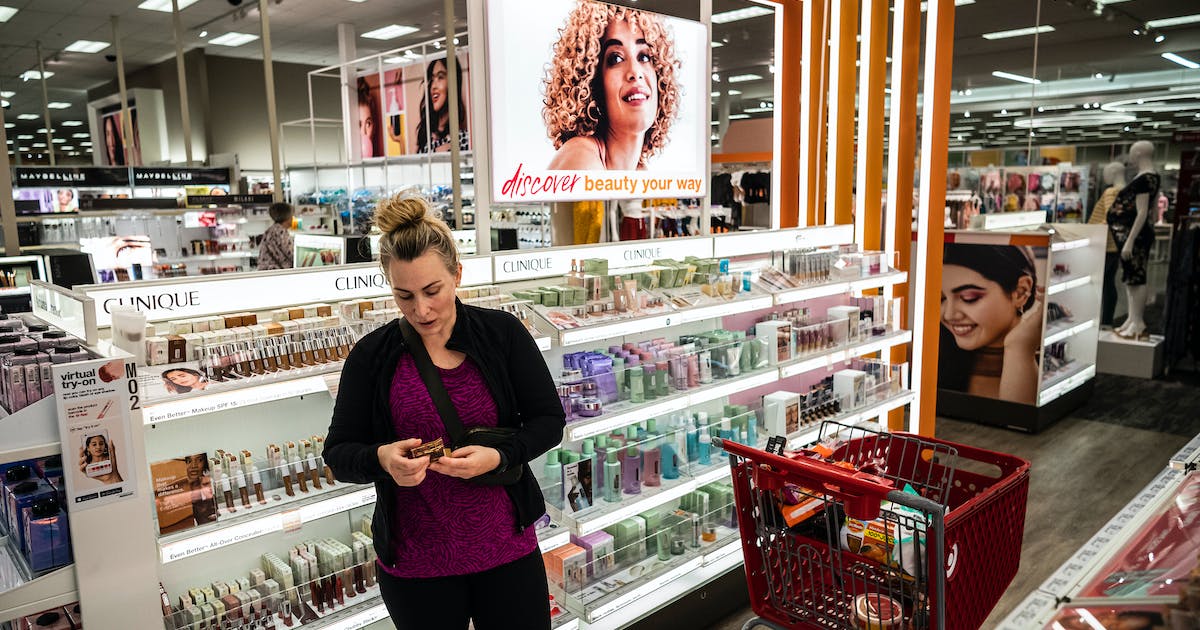 People are visiting Target more often and the Minneapolis-based retailer appears to have navigated around product shortages and other constraints as it heads into the holidays.

Overall traffic in stores and online increased 13% as comparable sales grew 12.7% in August, September and October, the company said this morning. Executives raised their outlook for the final quarter of the fiscal year.

“Following comp growth of nearly 21% a year ago, our third quarter comp increase of 12.7% was driven entirely by traffic, and reflects continued strength in our store sales, same-day digital fulfillment services and double-digit growth in all five of our core merchandising categories,” Target CEO Brian Cornell said in a statement.

Target’s profit grew nearly 47% to about $1.5 billion in the period, its fiscal third quarter. That amounted to adjusted earnings of $3.03 a share, which beat the average estimate of analysts.

Revenue was $25.7 billion, up more than 13%. All five of its core sales categories saw double-digit growth, including apparel, which has rebounded this year.

Target shares were down 3% in pre-market trading indications early Wednesday.

The company is already in the thick of a holiday shopping season that’s been shaped by early promotions and concerns that international shipping delays might lead to more out-of-stock merchandise. But Target increased its inventory in recent months, and finished the quarter with about $2 billion more goods, an increase of around 18%, than it had at the same period a year ago.

“With a strong inventory position heading into the peak of the holiday season, our team and our business are ready to serve our guests and poised to deliver continued, strong growth, through the holiday season and beyond,” Cornell said.

The retailer said transactions have increased while basket sizes have remained relatively even compared to last year.

While people are shopping more in stores, digital same-day services including order pick-up and Shipt delivery services continued to grow 60%. Target’s curbside pickup business that it calls drive up increased 80% on top of last year’s pandemic-induced jump of more than 500% last year.

Last quarter, Target leadership estimated the company would reach high single-digit percentage growth in comparable sales for the second half of the year. On Wednesday, it said leaders now expect high single-digit to low double-digit growth in sales in the fourth quarter.

Target revealed its Black Friday week deals this week as the company prepares for a surge in shopping. Target announced early this year that it would be closed Thanksgiving like it was last year.

Target is on track to surpass $100 billion in revenue for the fiscal year, a feat that only two other Minnesota companies — UnitedHealth Group and Cargill Inc. — have accomplished.

The retailer made nearly $74 billion in sales through the first nine months of its fiscal year. During its fiscal fourth quarter at year ago, Target had revenue of $28.3 billion. Several retail surveys have predicted consumers will spend more this holiday season as more people return to shopping in person and celebrating together.