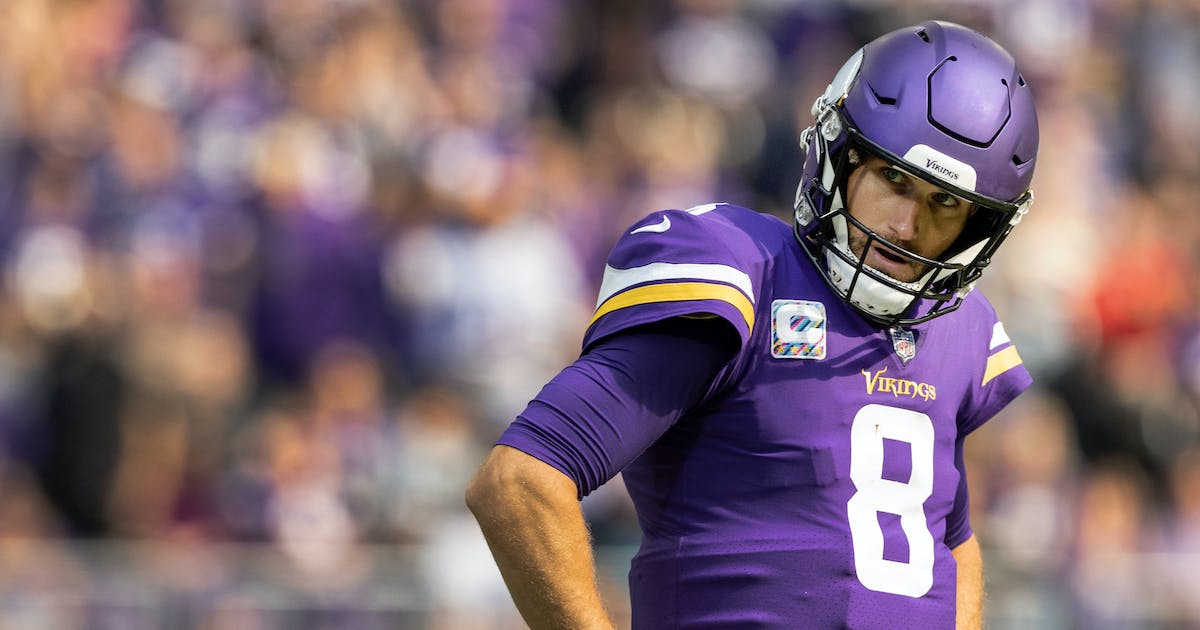 The N in NFL should stand for Narrative.

As the only major professional American sport that regularly takes a week off between games, the NFL is designed to produce talking points, fictions, debates, fantasies and the kind of speculation that belongs on Facebook/Meta/LexCorp next to your estranged uncle’s political gibberish.

Even smart speculation can wind up looking foolish.

Here’s the smart speculation about the 2021 Vikings:

As dramatic as that sounds, the reality is that the Vikings could win any or all of those games. They may get to face Dallas without star quarterback Dak Prescott. The Ravens just lost badly to Cincinnati. The Chargers can’t stop the run, so what will they do against Dalvin Cook? And the Packers rivalry regularly produces upsets. Remember, the Vikings’ 7-9 team of a year ago won at Lambeau Field.

The notion that the Wilfs will blow up their football operation if this season is a failure also belongs in the realm of speculation, not fact. Rick Spielman may have ingratiated himself with ownership to the point where they find him indispensable and allow him to draft another dozen cornerbacks.

Today, let’s table the guesswork and deal with a more objective reality.

What the Vikings need to do over the next 11 weeks is prove that they are better than average. Their quarterback needs to prove that, too. It’s a low bar that they’ve tripped over far too often.

Kirk Cousins is, in many ways, the embodiment of the franchise. Check the win-loss percentages.

Spielman and Mike Zimmer have produced one outstanding season together — the 13-3 Vikings of 2017. Strangely, an organization that has invested heavily in quarterbacks and running backs had its best moment of the last decade while being led, statistically, by a journeyman backup quarterback (Case Keenum) and a now-journeyman backup running back (Jerick McKinnon).

That year, the Vikings defense ranked as the best in the NFL, prompting the team to invest heavily in star defenders like Danielle Hunter, Harrison Smith, Eric Kendricks and Anthony Barr.

Since that team won the game known as the Minneapolis Miracle, the Vikings are 28-26-2, including playoffs.

Since their playoff victory over rag-armed Drew Brees at New Orleans, the Vikings are 10-13.

This season, the Vikings are 3-3, with their victories coming over the worst Seattle team we’ve seen in Russell Wilson’s tenure, the winless Lions and Slumpin’ Sammy Darnold. And the Vikings needed late-game heroics to beat Detroit and Carolina.

In fact, the Vikings’ best performances of the season, we now know, were losses at Cincinnati and Arizona.

Cousins has been remarkably accurate and efficient over his past 16 games, but he was signed to elevate a team that had made it to the NFC Championship Game. His record with the Vikings is 28-24-1. His overall NFL record: 54-54-2.

The NFC is stacked with quality teams this year. The Cowboys, Packers and Bucs are dominating their divisions, and Arizona and the Rams should both easily make the playoffs.

That leaves the Vikings fighting with a bunch of other currently average teams for the final wild-card playoff berth.

If the Vikings are truly the talented contenders that they’ve made themselves out to be since2015, they’ll prove that they can compete in a talented conference, that they are capable of winning important games, that Cousins is capable of elevating the franchise in a way that justifies his contract.

The Cowboys are proof that star power and spending don’t necessarily produce championships.

It’s time for the Vikings’ brain trust and star players to demonstrate that they are worthy of their reputations and salaries. That the Minnesota Vikings of Spielman, Zimmer and Cousins are better than average.

Sunday night would be a good time to start.