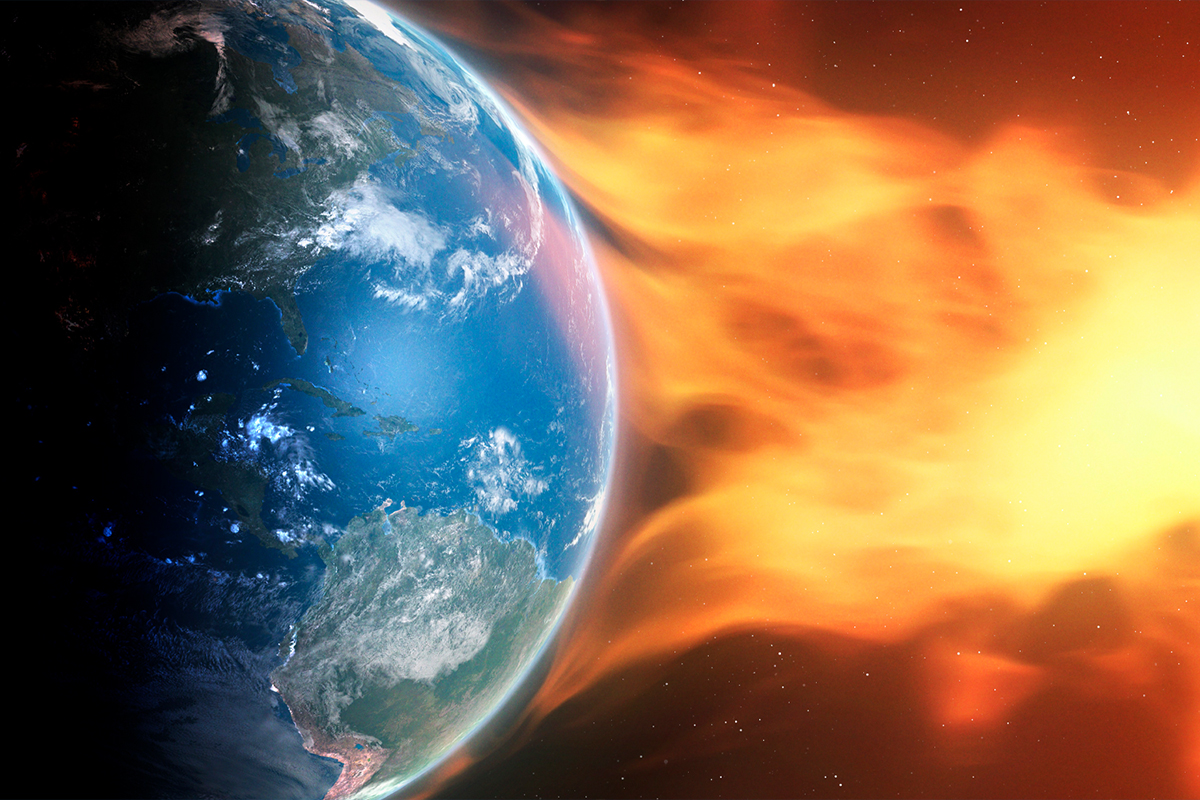 A MINOR geomagnetic storm could hit Earth on January 16, according to space weather experts.

Researchers are expecting a high-speed solar wind to hit Earth on Saturday.

The experts at SpaceWeather.com said: “Minor G1-class geomagnetic storms are possible on Jan. 16th when a stream of high-speed solar wind is expected to hit Earth’s magnetic field.

“The gaseous material is flowing from a southern hole in the Sun’s atmosphere.

“Arctic auroras could appear as early as Jan. 15th in response to a CIR traveling ahead of the stream.”

This refers to an area of compression that’s created when high speed solar wind streams react erupted from a sun spot interact with slower solar winds.

Each solar storm that hits Earth is graded by severity and the one on January 16 is only expected to be a “G1 minor”.

This means it could cause weak power grid fluctuations and have a small impact on satellite communications.

A G1 storm can also confuse migrating animals that rely on the Earth’s magnetic field for a sense of direction.

One good thing about solar storms is that they can produce very pretty natural light displays like the northern lights.

Those natural light displays are called auroras and are examples of the Earth’s magnetosphere getting bombarded by solar wind, which creates the pretty green and blue displays.

The Earth’s magnetic field helps to protect us from the more extreme consequences of solar flares.

In 1989, a strong solar eruption shot so many electrically charged particles at Earth that the Canadian Province of Quebec lost power for nine hours.

As well as causing issues for our tech on Earth, they can be deadly for an astronaut if they result in injury or interfere with mission control communications.

The Sun has started one of its 11 year solar cycles, which usually sees eruptions and flares grow more intense and extreme.

In other news, China has built an ‘artificial moon’ to train its astronauts for future missions.

A rugby ball shaped planet has been spotted outside our Solar System and scientists are calling it deformed.

And, Nasa thinks the James Webb Space Telescope will likely be hit by space debris.