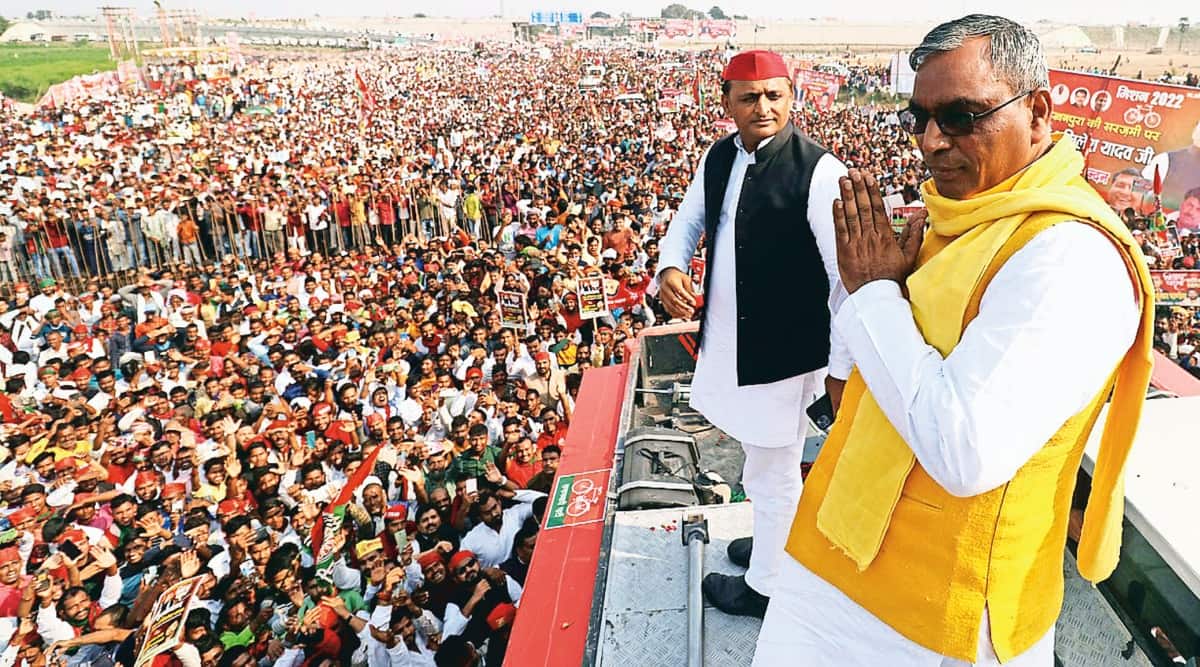 As Samajwadi Party chief Akhilesh Yadav on Wednesday began the fourth leg of his Samajwadi Vijay Yatra on the Purvanchal Expressway, a day after it was inaugurated by Prime Minister Narendra Modi, he claimed he was sensing a “wave of change” in Uttar Pradesh that will “wipe out” the BJP in the Assembly elections due in a few months.

In the 2012 Assembly elections, when Samajwadi Party came to power with an absolute majority, the party had won 46 of the 55 seats, and the BJP only two.

Five years later, when the BJP came to power with a thumping 300-plus mandate, it won 36 seats in alliance with Om Prakash Rajbhar’s SBSP. The SP saw its hold in the region weakening to 11 seats. Yet, the BJP could not match the SP’s 2012 performance in this east UP region.

Therefore, the fight for the votes in Purvanchal (eastern UP) has only got shriller with the inauguration of Purvanchal Expressway by PM Modi in a grand event Tuesday. Akhilesh Yadav has slammed the BJP governments at the Centre and state, accusing them of“appropriating” his government’s project.

“It was the Samajwadi Party’s dream of building the Purvanchal Expressway to reduce the travelling time between Lucknow and Delhi. It was to be an expressway of prosperity… We have to take this expressway to Ballia and connect it with Bihar. When SP forms the next government, it will provide better roads, mandis, and employment opportunities for the youth,” Akhilesh said as he addressed people on Wednesday along with SBSP chief Rajbhar.

In the 2017 Assembly polls, the SBSP, in alliance with BJP, had won two seats from the nine districts. To match its 2012 performance, the SP is banking on alliance with smaller parties like SBSP and local influential leaders like Quami Ekta Dal’s Sibghatullah Ansari. Notably, Akhilesh began his yatra Wednesday from Mohammdabad with Ansari on the dais.