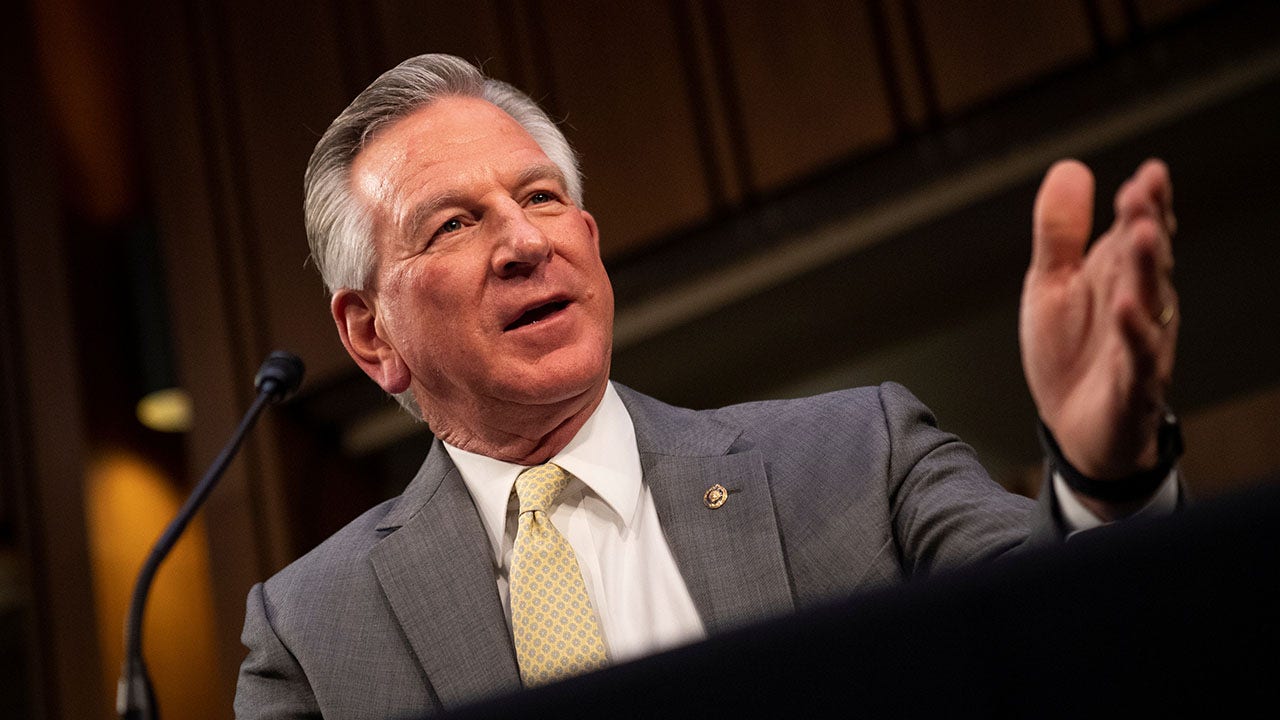 EXCLUSIVE: Sen. Tommy Tuberville, R-Ala., explained to Fox News Digital on Tuesday why he is supporting a resolution to reopen the U.S. Capitol to the public despite no support for the measure from his Democratic colleagues.

Tuberville joined 26 of his fellow Republicans, led by Sen. Mike Hagerty, R-Tenn., in backing a new resolution calling for the U.S. Capitol and Senate office buildings to reopen to visitors despite restrictions that have lingered since the early days of the COVID-19 pandemic nearly two years ago.

Because many locations and businesses in the U.S. have reopened to the public, Hagerty’s resolution maintains that Congress should do the same by allowing in tourists and constituents again.

TUBERVILLE: LET THE PEOPLE BACK INTO THEIR CAPITOL

The U.S. Capitol Visitor Center remains physically shuttered because of COVID-19, though live virtual tours can be booked through the Capitol’s website up to a day in advance. Participants are permitted to submit any questions through an online chat feature.

Recounting how a group of eighth graders made the 12-hour bus ride from Alabama to visit and take pictures with him on the Capitol steps a few weeks ago, he lamented that they were not able to have the full Capitol tour experience.

“When they can’t go into the people’s House and see the paintings, and see the architecture, and see the Senate floor and House floor from the balcony, something’s wrong,” the senator said.

“For some reason, we’ve let the Democrats just really take control of this and run right over top of us as Republicans, and we need to stand up for the American people,” Tuberville continued, adding that COVID-19 isn’t going away anytime soon.

Tuberville is not shocked that no Democrat senators have signed on to the simple resolution.

“I’m not surprised that they’re not supporting it because they’re still wearing masks, and they’ve all been vaxxed and triple-vaxxed,” he said. “We’ve done everything we possibly do. We’ve got to learn to live with this. And they need to face the American people. They need to understand the American people want into this building. They own it. They deserve the right to be in these buildings more than we do.”

“Ever since I’ve been here, I’ve noticed that the Democrats just want control,” said Tuberville, who was the head football coach at Auburn University from 1999 to 2008 before assuming office in January 2021. “They want the power. And they’ve got the power right now, and they’re saying, ‘Hey, we’re going to do what we want to do.'”

“And that’s fine,” he added. “They’re going have about eight more months. And then in November, they’re going find out what all these little things that they do like this are going be stacking up against them in the next election.”

Fox News earlier reached out to the Capitol Visitor Center as well as the House and Senate sergeants-at-arms, who made the decision to close to the public. None immediately responded to questions about the resolution and whether there are any plans to reopen.