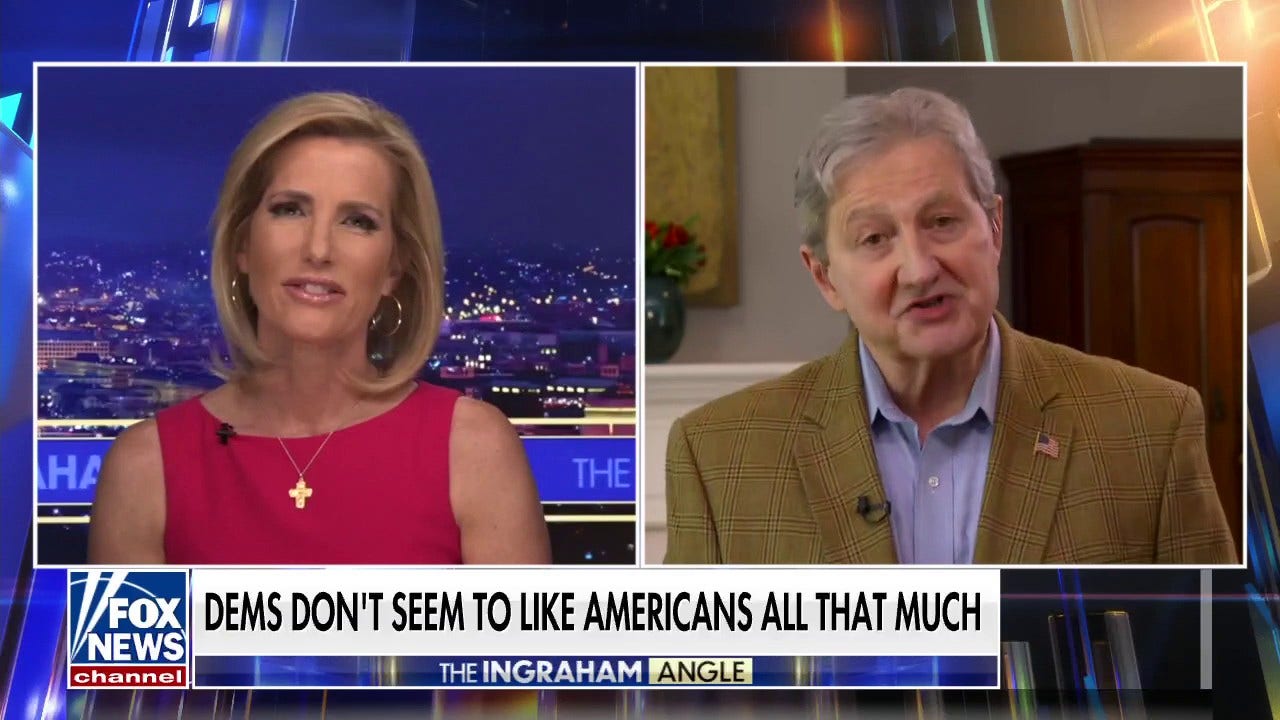 Sen. John Kennedy, R-La., mentioned the Biden administration has been the “perfect example of ineptitude” Thursday on “The Ingraham Angle.”

“I wouldn’t be surprised if the White House tried to claim tomorrow that inflation originated in a bat. But the truth is that President Biden has no one else to plausibly blame but himself, and all the American people know.”

The White Home “mismanaged” on coronavirus, immigration, crime, Afghanistan, and inflation, he mentioned.

“But it’s worth asking why,” he mentioned. Kennedy urged the Biden administration is being run by the unconventional Left.

“I think the answer to that is clear too: The Biden administration has embraced, and is being run by, the woke-ers. It’s easy to recognize the woke-ers,” he mentioned. “They hate George Washington, Thomas Jefferson, Dr. Seuss and Mr. Potato Head. The woke-ers also hate America, and they want to beat the crap out of it.”