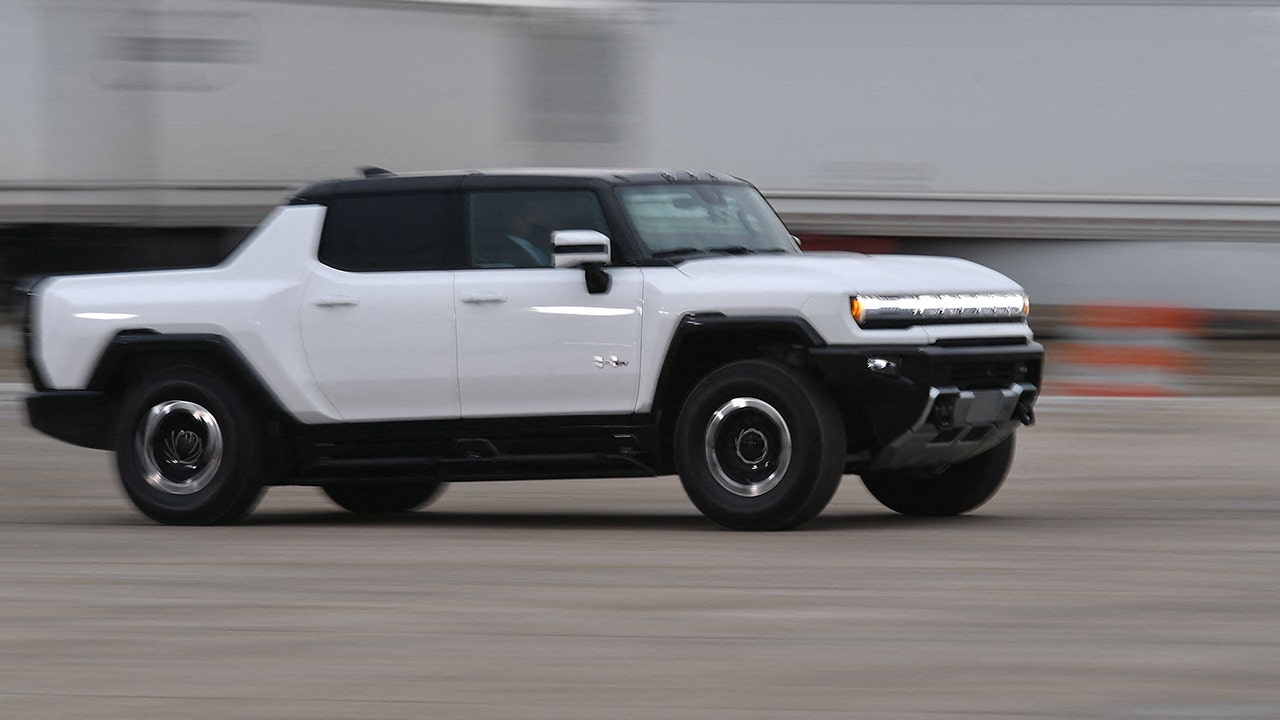 Biden pulled up next to the white pickup in the diesel-powered Presidential Cadillac “Beast” Limousine and got into the Hummer with GM CEO Mary Barra and a security guard. He then slowly drove it to the end of the parking lot and performed a tight 180-degree turn that was accomplished with the Hummer EV’s four-wheel-steering system activated.

Biden appeared to accelerate with full power in the 1,000-horsepower truck.
(MANDEL NGAN/AFP via Getty Images)

After pausing for a brief moment, the Hummer EV pulled away with tremendous speed, squatting on its rear suspension.

The full-size truck is capable of reaching 60 mph in three seconds using a launch mode called WTF, which GMC says stands for “Watts To Freedom.” A GM spokesman has confirmed to Fox News Autos that Biden used it during his run.

“This sucker is something else,” Biden said after his test drive.
(Photo by MANDEL NGAN/AFP via Getty Images)

He took one more run before pulling up to reporters and telling them, “This sucker is something else.”