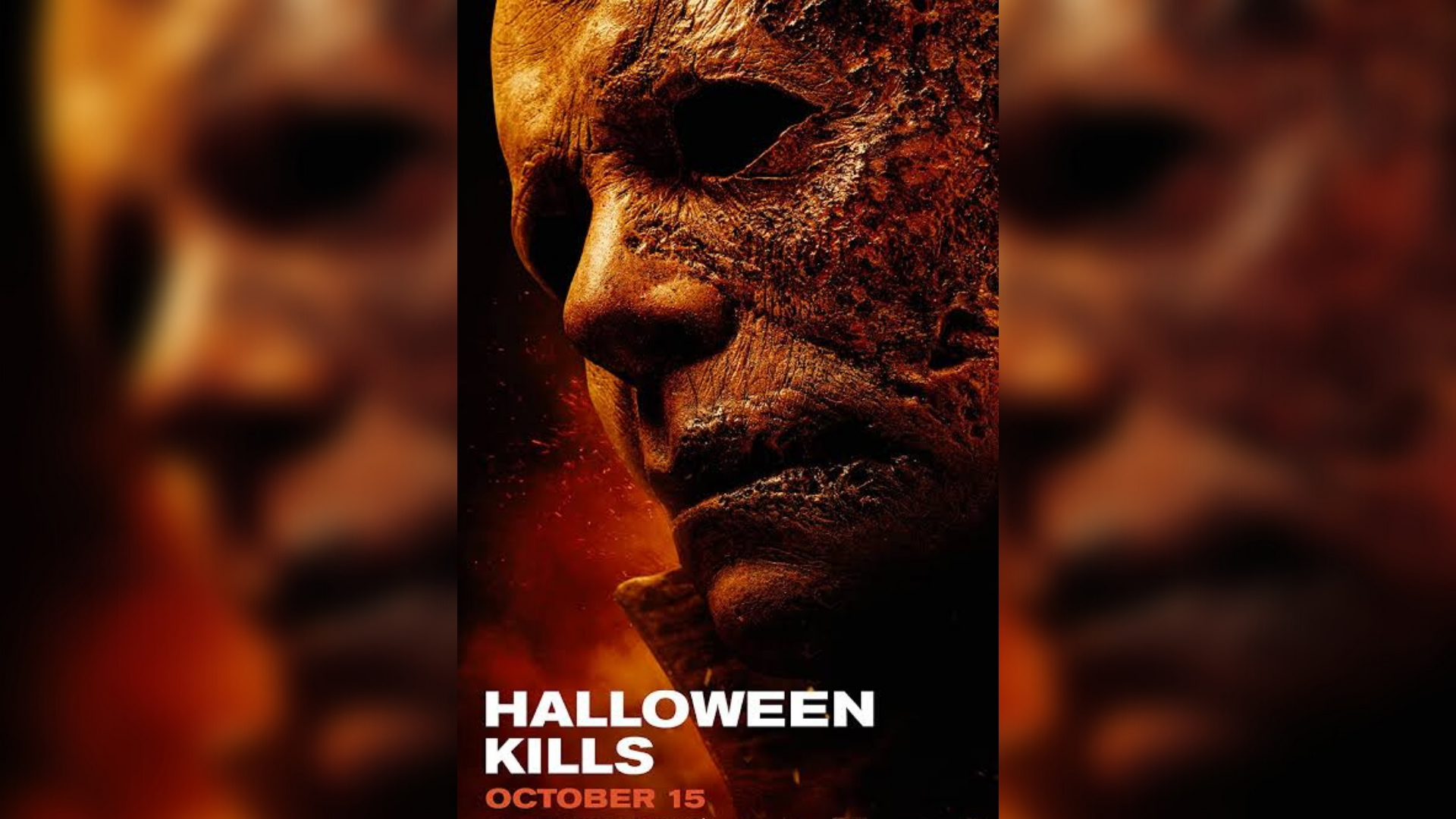 Every year, around late October, we see a big horror film released so as to capitalize on the spooky festival. This year, it is David Gordon Green’s ‘Halloween Kills’, the latest Hollywood slasher film that flies on the wings of its iconic predecessor, ‘Halloween’ (1978). The new film is the twelfth movie of the ‘Halloween‘ franchise… That’s right, the twelfth.

The iconic villain, Michael Myers, returns to the sleepy town of Haddonfield for the umpteenth time to continue his killing spree. He wears his usual white mask while murdering, and we never get a clear view of his face. That’s a smart concept as the horror becomes greater than just a man or his face. Michael becomes something you can’t put a finger on, something indefinable and therefore, more disturbing. And that is easily the best thing about this movie. However, aside from exploring this intangible concept of ‘evil’, everything else about this horror film attempt fails.

The extremely gory movie lacks any genuinely scary moments, and practically all of the death scenes are a carbon copy of each other but with slight variations. The scene usually has a group of townspeople gathered together to catch Michael Myers. Then a person, usually a man, hears something and wanders away from the others. They walk up a dark staircase or inside a dark room in spite of the red flags screaming at them to not go further. And yet, they curiously go forward to inspect. And get terrified when the masked man ambushes them with a sharp object.

It is a formula executed so many times over in almost every horror film. It is the mother of all horror tropes: the astoundingly stupid character walks up alone to an open door, with a baseball bat in hand, knowing that a serial killer is on the loose, and thinks they will find and beat the ‘intruder’, only for the feared serial killer to pop up from behind them. It’s a trope seen again and again in movies. You’d think that by now these characters would learn not to be the curious cat that winds up dead. And yet… they never learn. Maybe in the ‘Halloween’ cinemaverse, this trope does not exist in movies so that these characters have never seen something like this on a screen. So they think it’s a good idea to walk up a dark staircase in an abandoned haunted house, while ominous music plays, and think they’ll come out of it in one piece.

Not only is there a lack of intelligent characters and genuinely scary scenes, but the director resorts to explicit gore and violence for the shock factor. Unfortunate characters walk up to a dark park or room all by themselves and then get impaled with a knife or many knives, or have Michael Myers push their eyeballs in.

These uncomfortable scenes are annoyingly lengthened and the sound effects are sharp and clear so that we can not escape these trauma-inducing moments. It’s almost like Gordon Green is saying, “Look! The eyeballs are getting plucked out. This is such a violent way to die!” Or “Whoah, watch this old lady get stabbed in the neck and choke slowly to death. How very disturbing!” The only viewers that will enjoy this are those with a pleasure for slasher films (movies relying on extreme violence and body horror such as the ‘Saw’, ‘Hostel’ and ‘Final Destination’ films).

One of the more engaging scenes in ‘Halloween Kills’ takes place in the hospital when all the townspeople gather together to bring down Myers. They even get themselves a slogan: Evil Dies Tonight. However, just as they quickly organize, they quickly scatter when a rumour spreads around the hospital that Michael Myers is among the crowd. This sequence captures well the phenomenon of group panic and the tendency of false rumours to spread like wildfire. This sequence also involves a mentally ill patient at the hospital whose situation feels genuinely heartbreaking up until the character becomes used almost like a punchline for more shock value. He has no backstory and what happens to him feels so insensitive as he gets sidelined for a more mainstream, bad-guy-butchers-more-folks story.

‘Halloween Kills’ is a truly disappointing and unscary movie that pulls one cheap trick out of its sleeve after another before giving us an anti-climatic ending. This is especially true because its sequel, ‘Halloween Returns’ which was released in 2018, was quite good and revived the love for this franchise. Who knows how the sequel ‘Halloween Ends’, coming out next year, will turn out. However, this author personally thinks that this franchise is well past its expiry date and needs to take a rest like Michael Myers… in a coffin filled with cement, buried sixty feet underground.

Also read | ‘Dune’ review: A rare epic that gets almost everything right