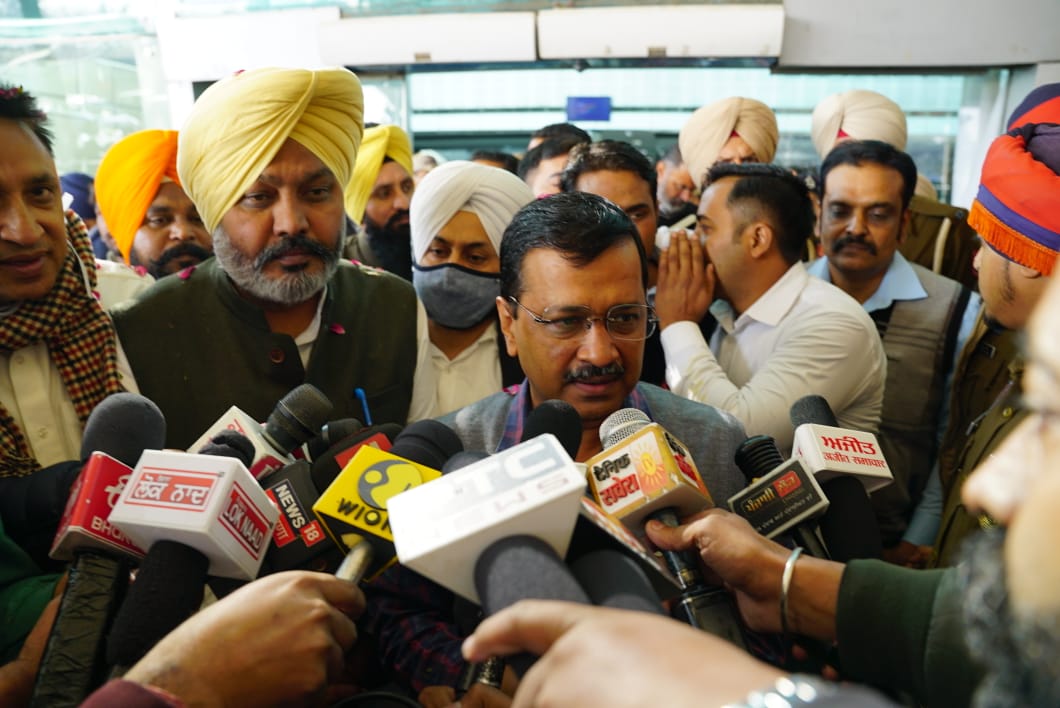 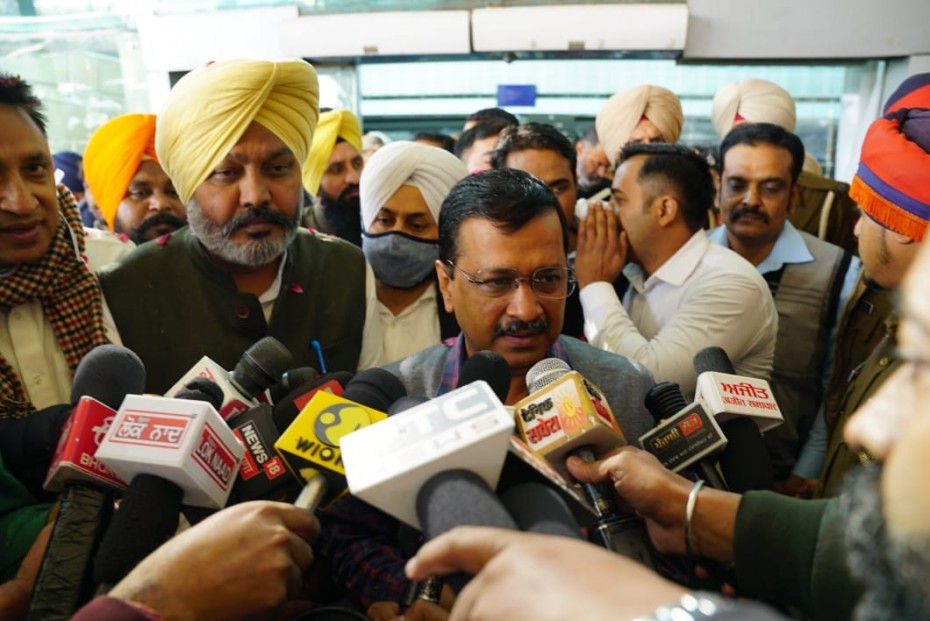 Aam Aadmi Party National Convener and Delhi Chief Minister Arvind Kejriwal while lashing out at patronizing mafia rule by Congress government in Punjab, said that sand mafia in Punjab alone runs illegal business of over Rs 20,000 crore. There are serious allegations of direct involvement of the ruling Congress MLAs, their ministers and their close associates, including the Chief Minister himself. AAP supremo Kejriwal was responding to the queries of media persons on his arrival at Sri Guru Ramdas Ji International Airport Amritsar on Tuesday morning , who was on his one-day visit to Punjab for participation in party programs at Kartarpur (Jalandhar) and Hoshiarpur.

Arvind Kejriwal said that when allegations of involvement of Congress MLAs and ministers including the Chief Minister in sand mafia and many other illegal activities (mafia) are being levelled, then who will protect the interests of the general public? Who will save the interest of Punjab? To whom will the common people go for justice? Can the welfare of Punjab and the people of Punjab be expected from such mafia and patrons of the mafia state? Kejriwal also asked how the mafia would stop in a state where the Chief Minister himself has been accused of sand and gravel mafia.

Kejriwal said that earlier the Badals and BJP had looted Punjab by patronizing all sorts of mafia during their regime. In 2017, people expressed their faith in the promises made by Congress and the Captain, but they too followed the footsteps of the Badals and in five and a half years, the hopes of Punjab and the Punjabis have been shattered. Kejriwal said that according to an estimate, illegal trade of Rs 20,000 crore per annum in sand and gravel mining alone was going on in Punjab.

This money can be used for the welfare of the people, but it is going into the pockets of the leaders instead of the government coffers. Kejriwal promised that with the formation of the Aam Aadmi Party government in 2022, all sorts of mafia, including illegal sand mining, would be shut down. The money that is going into the pockets of political leaders from the resources of the state due to mafia rule will go to the needy pockets of mothers, sisters and the elderly.