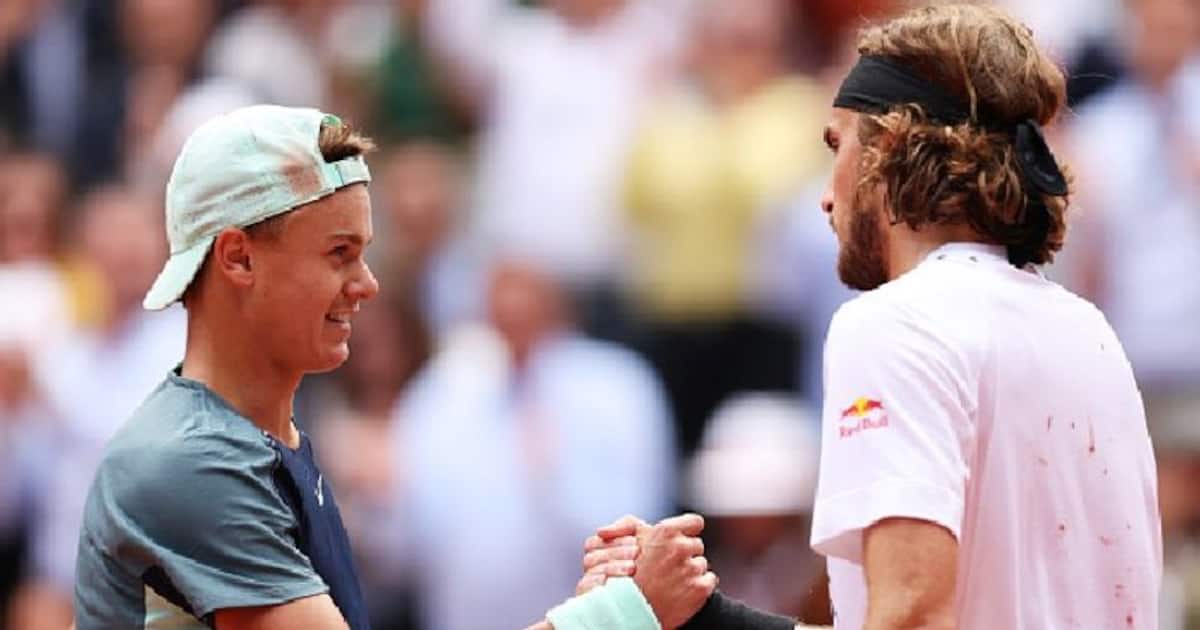 Holger Rune became the first Danish man to reach the French Open quarter-finals on Monday when he shocked World No. 4 and 2021 runner-up Stefanos Tsitsipas. 19-year-old Holger Rune became the first man from Denmark to reach the French Open quarter-final on Monday after shocking World No.4 and last year’s runner-up Stefanos Tsitsipas. The teenager swept to a memorable 7-5, 3-6, 6-3, 6-4 victory on the back of 54 winners and will face Norway’s eighth seed Casper Ruud for a place in the semi-finals.

The last Danish man to reach the last eight in any Grand Slam was Jan Leschly at the 1967 US Championships. By joining the 19-year-old Carlos Alcaraz in the quarter-finals, it is the first time two teenagers had reached this stage at a major since 1994 when Hendrik Dreekmann and Andrei Medvedev advanced to the quarter-finals in the French capital.

“I was very nervous, and I knew that if I went away from my tactics, I would lose. I told myself just to stick to the plan, and that gave me a confidence boost. It’s so great to still be here. My plan was to be aggressive because Stefanos could attack the short balls. I needed to take time off him,” Rune said after the clash.

Despite being seeded to make the semi-finals, Tsitsipas had endured a testing tournament at the Roland Garros this year, coming back from two sets to love behind to defeat Lorenzo Musetti in the first round. The Greek then required four sets and four hours to see off Czech qualifier and 134th-ranked Zdenek Kolar in round two.

Tsitsipas fans were heartbroken to see the Greek getting knocked out in the last-16 round, with some tennis fans calling this a major upset. Meanwhile, enthusiasts also lauded the ‘great Dane’ Rune for this dream run in Paris. Here’s a look at some of the reactions: