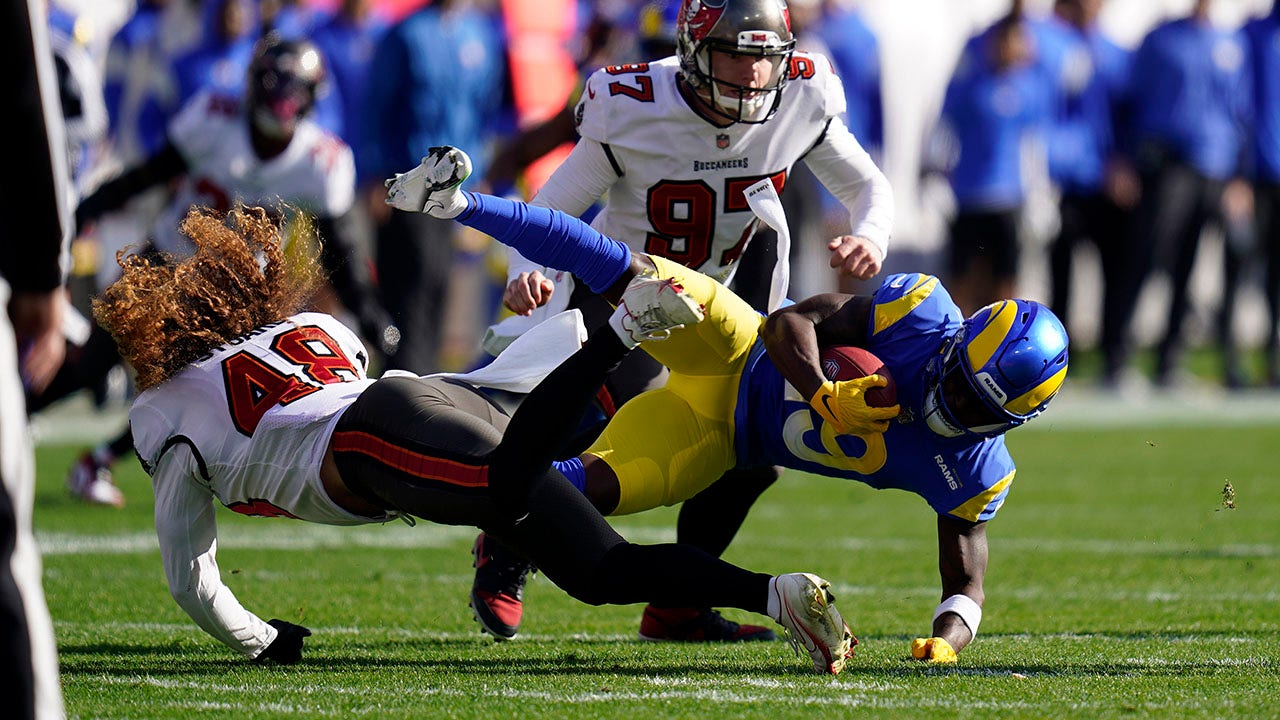 Trent Taylor missed the Super Bowl in Miami with San Francisco because of a foot injury that cost him the entire 2019 season.

The wide receiver has a rare second chance with Cincinnati two years later.

And yes, it means so very much.

“It’s a huge deal for me personally because you know guys in this league … guys will play 12, 15 years and never get an opportunity to go to the Super Bowl,” Taylor said. “So once I missed that first opportunity, I didn’t know if it would ever come back.”

Taylor says being in this game might not really hit him until the Bengals land in Los Angeles on Tuesday. The 5-foot-8 Taylor was a fifth-round pick out of Louisiana Tech in 2017 and played 41 games with the Niners.

Cincinnati signed Taylor to the practice squad in September, and he played in four games during the regular season. Taylor has handled punt returns in each playoff game — the first three of his career — and knows he’ll be playing in this Super Bowl.

“Actually playing in the game, it’s going to be a huge deal for me,” Taylor said. “I’m 100% looking forward to it and so thankful for another opportunity at it.”

Taylor’s not the only one feeling lucky this Super Bowl at SoFi Stadium in Los Angeles.

Eric Weddle played 12 NFL seasons, then retired after the 2019 schedule. Thanks to a call from the Los Angeles Rams — desperate at the time after injuries in the secondary — the two-time All Pro safety finally will play in the game that eluded him in stints with the Chargers and Baltimore.

Pretty lucky timing for Weddle. Same for the Rams.

Weddle, 37, went from working out to stay in shape for pick-up ball to being the Rams’ leading tackler in the NFC championship game. He went from playing 19 snaps in the Rams’ wild-card win over Arizona to 61 in the divisional win over Tom Brady and the defending champion Tampa Bay Buccaneers.

Then Weddle led the Rams with nine tackles, including one for a loss, helping Los Angeles clinch their second Super Bowl berth in four seasons and the safety’s first.

Defensive lineman Damion Square also will be playing in his first Super Bowl after becoming the first NFL player to play for two different teams in the playoffs in the same season.

Square actually had three snaps for the Las Vegas Raiders in their wild-card loss to Cincinnati. Then he joined the Bengals’ practice squad and played 15 snaps on special teams in the AFC championship contest.

Not bad for someone who played in only three playoff games combined before this postseason.

“We make sure we do a good job making everybody feel comfortable around us,” Bengals defensive tackle D.J. Reader said.

Square actually is on his third team of this season. He played five snaps on special teams with Chicago in the season opener before going to the Raiders the next week, where he was inactive for four games before finally making his debut with Las Vegas.

DON’T I KNOW YOU?

Trenton Irwin is proof that sticking around can pay off. The wide receiver from Valencia, California, went undrafted coming out of Stanford in 2019 and was cut by Miami before the season. He signed with Cincinnati’s practice squad in October 2019 and played a game in both the 2019 and 2020 seasons.

Cincinnati signed him to the roster on Jan. 4, 2021, and he played seven games this season.

Irwin, who resembles the school counselor from the TV show “Freaks and Geeks,” was a child actor who appeared in several commercials. His best? A commercial for Kraft Velveeta in 2010.

Like Weddle, Brandon Powell was out of football just hoping for a call after going undrafted out of Florida following stints with four other NFL teams.

The Rams signed him to their practice squad Nov. 4, and he made his debut Dec. 5 after being a practice squad elevation. The wide receiver has been an immediate hit as a kick returner.

Powell helped Los Angeles clinch a playoff berth by returning a punt 61 yards for a touchdown Dec. 26 in a 30-23 win at Minnesota. Now he’s played in the first three playoff games of his career, returning five punts for 79 yards and four kickoffs for 71 yards.

The Super Bowl is next. Not bad for someone who was reading books on a beach near his Florida home last fall.