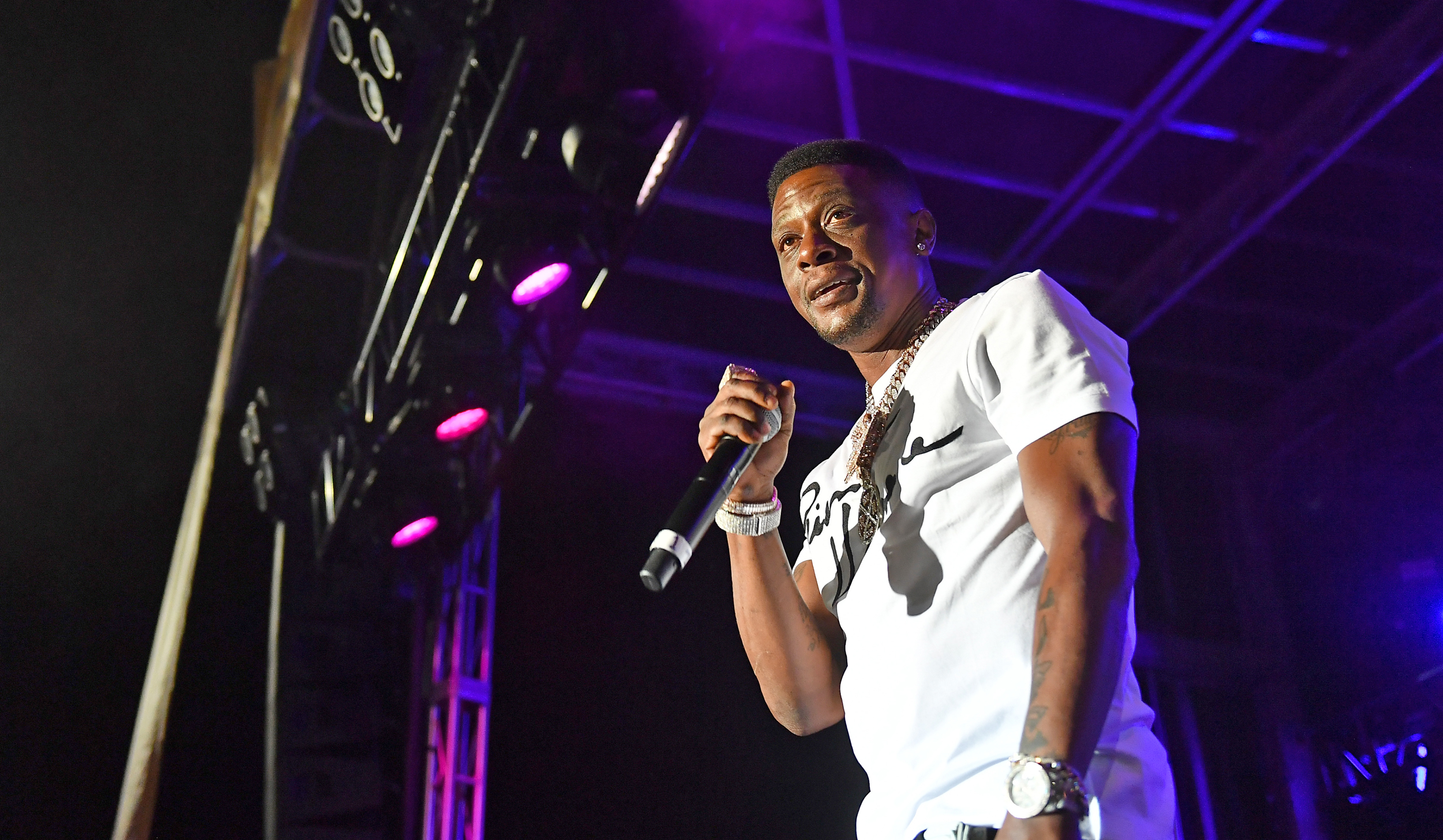 Hip-hop artist Boosie Badazz is coming under fire after tweeting an anti-gay rant targeting the rapper Lil Nas X. The message, which was shared Saturday, also urged the Grammy-winning artist to take his life.

“STOP TROLLING ME F—– LOL!!,” the tweet said, in part. “IF YOU #commitsuicide YOU WOULD DO THIS WORLD A HUGE FAVOR NOBODY WANTS U HERE.”

Badazz’s offensive remarks came shortly after Lil Nas X jokingly told fans on Instagram Live over the weekend that he would be collaborating on a new song with the 38-year-old rapper, who earlier this year threatened to “drag” and “beat” the 22-year-old singer, whose debut album “Montero” dropped last month.

Lil Nas X — who was honored as the Trevor Project‘s Suicide Prevention Advocate of the Year in September — responded on Twitter in jest, saying, “i am truly saddened. i have never been so mortified in my life. i can’t believe disney channel has yet to play halloween town this entire october.”

The remarks against Lil Nas X come after the “Old Town Road” singer revealed in February that he suffered from suicidal thoughts in 2019.

“I got news that my mom wasn’t doing so well in rehab with her addiction,” he wrote in a series of TikTok captions. “Also me and my boyfriend broke up. During this time old town road was still killing it while I was… spiraling. I found myself in a hotel room contemplating ending it all. But I didn’t.”

In the series of videos, Lil Nas X also said he was previously kicked out of his sister’s home and experienced domestic abuse while living with one of his brothers.

The rapper has further addressed his grapples with suicidal thoughts in a music video for his single “Sun Goes Down,” which depicts him uplifting a younger version of himself when he is struggling to come to terms with his sexuality.

On Saturday, fans were quick to come to Lil Nas X’s defense.

“Boosie isn’t mad that Lil Nas X is queer,” one user wrote on Twitter. “Boosie is mad that a queer Black rapper is doing better than him in an industry that has built its foundation in homophobia.”

“I really hope Lil Nas X is loved and uplifted because severe and extreme homophobia isn’t just painful and distressing but also triggering depending on past experiences,” another wrote.

A separate study this year, also by The Trevor Project, found that 29 percent of LGBTQ middle schoolers who were bullied attempted suicide in the previous year, compared to 12 percent of those who said they were not bullied.

Amit Paley, the CEO and executive director at The Trevor Project, praised Lil Nas X on Monday, calling him a “beacon of hope” for LGBTQ young people.

“The Trevor Project is proud of Lil Nas X for living his truth unapologetically and using his massive platform to normalize conversations around mental health and the LGBTQ community,” Paley told NBC News in a statement.

Lil Nas X is not the first LGBTQ person to be targeted by Badazz in recent years.

“That is a male … At 12, they don’t even know what they next meal gonna be. They don’t have s— figured out yet,” he said, in part, in a video posted on Instagram that was subsequently taken down.

Addressing Badazz’s previous attacks toward him, Lil Nas X told the hosts of radio show “The Breakfast Club” last month that he still listens to Badazz’s music, adding, “If somebody got beef with me, that doesn’t mean I got beef with them.”

If you or someone you know is in crisis, call the National Suicide Prevention Lifeline at 800-273-8255, text HOME to 741741 or visit SpeakingOfSuicide.com/resources for additional resources.