Right from Karisma Kapoor, Ranbir Kapoor to Yami Gautam, many A-listed Bollywood stars were seen in the city today. A few were busy with their professional commitments, while the rest went out for personal reasons. Birthday boy Salman Khan got a non-venomous snake bite at his farmhouse at Panvel. The actor had visited his farmhouse at Panvel to celebrate his 54th birthday. “Salman was bitten last night and taken to a hospital. He was discharged after six hours. He is back home and well,” sources close to the actor told PTI. 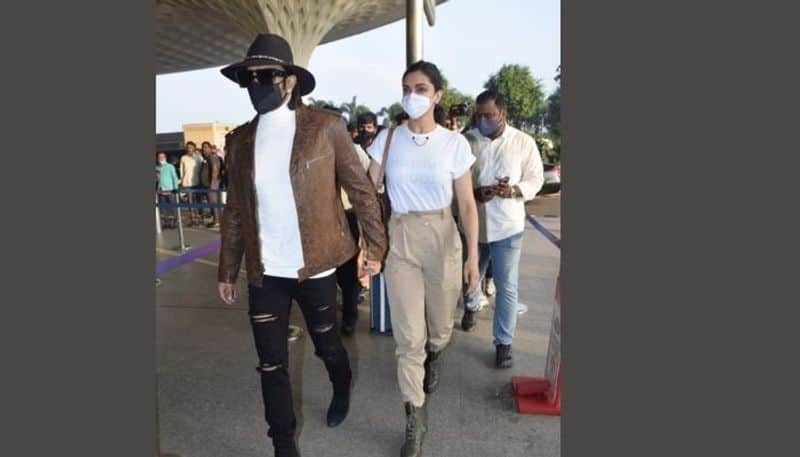 Bollywood stars Ranveer Singh and Deepika Padukone were seen at the Mumbai airport before they flew for their vacation. The couple posed in front of the paps before walking through the gates of the airport.

Previously during an interview with  Film Companion, the actress spoke about why she had decided to out vacation photos on social media. She said that they wanted to share some part of their lives as her fans kept on messaging her to post photos. She and Ranveer spoke about it and they said they would be disappointed if they didn’t put anything out. This one was for all of them. Luckily she and Ranveer had decided on what photos to add and how many photos to add. Disha Patani was seen making a cool entry at the airport. It looks like she is all set to ring the New year. Indian actress Kubra Sait was spotted at the airport in a cool look. She was seen in a casual avatar. She was seen wearing denim and a top.  She gained widespread recognition for her performance as Kukoo on the First Season of Netflix original show Sacred Games.