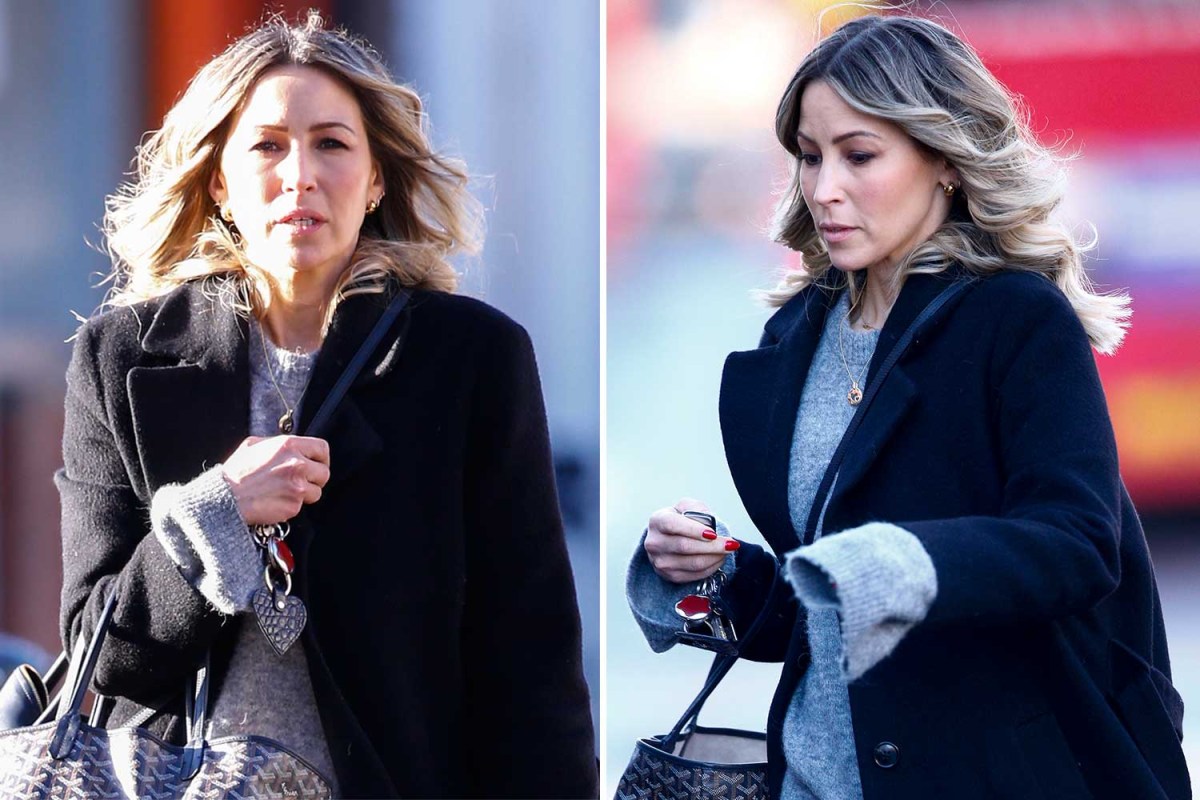 RACHEL Stevens was seen for the first time since being forced to pull out of Dancing On Ice after suffering a fractured wrist.

The singer, 43, was snapped during a trip to a hair salon and kept her injured wrist covered with the sleeve of her grey jumper.

Former S Club 7 star Rachel looked as stylish as ever as she wrapped up in a long black coat.

She kept it casual in black trousers and black boots and wore her freshly styled hair down after the trip to the salon.

Rachel previously shared an update on her recovery with fans, insisting she will be making a return to the ice as soon as possible.

She wrote: “Thank you so much for all your lovely messages of support today ❤️.

“A huge thank you to @sharonmorrisonuk and all the team @dancingonice for taking such good care of me.

“My wrist is healing really well and @brendynhatfield and I have been working really hard and doing everything we can to get back on the ice as soon as possible.

“I’m so lucky to have such a great partner and we’re so excited to share our performance with you week 3! Bring it on!”

It comes after Rachel’s Dancing On Ice co-star Ben Foden branded her the “sexiest woman in the world”.

Ben, 36, was speaking to press ahead of his debut on the ice this weekend.

Asked what she’s got that is “unique” in comparison to the rest of the competition, Rachel replied: “Oh my goodness… You’ve just got to go into it as yourself and take the opportunity to learn.

“It’s such a fun, amazing show.

“I just want to go in and do the best I can.

“Ultimately you have to bring yourself and have fun. You’re putting on a show.

“That’s what is so special. We’re all bringing something different and our own unique thing.”

Cheekily answering the question for her, Ben added: “That and you’re the sexiest woman in the world, Rachel.”

He was unfaithful to The Saturdays singer, later admitting: “I was the one who committed adultery… It’s not ideal but we’re very amicable.”

Ben married his second wife Jackie Belanoff Smith a year and a half after his marriage broke down.

She told MailOnline he’d never cheat on her, adding: “From day one he’s never made me feel paranoid or insecure…

“He’s not once worried me. I think you just know, deep down, when that could happen and it’s not a possibility with us, so I’m not concerned.”

In the chair with Rachel Stevens