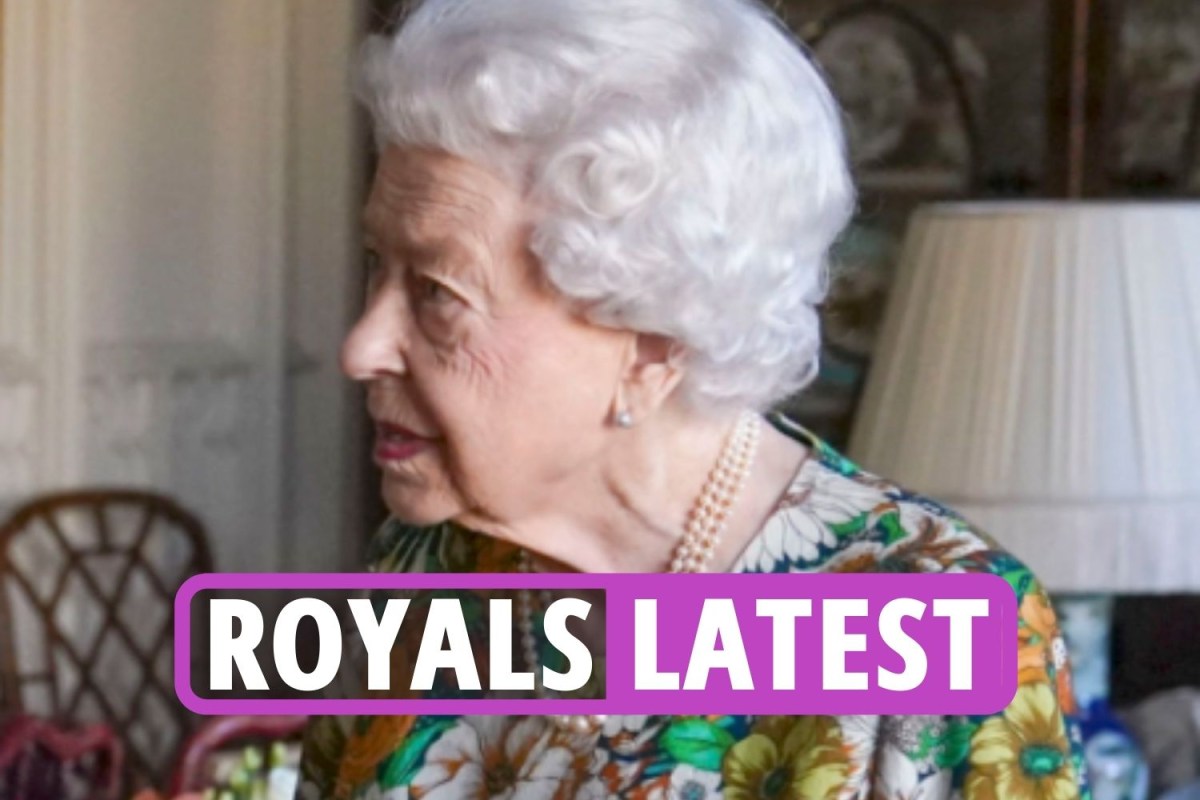 Dressed in a green, orange and white floral dress and wearing a string of pearls, the Queen, who is head of the Armed Forces, smiled and shook hands with Gen Sir Nick as they began chatting at Windsor Castle today

He told the Queen he had been in the post for eight years, with the Queen remarking it was “rather sad” he was leaving, adding: “It’s a long time.”

Gen Sir Nick discussed the Duke of Edinburgh’s late uncle, saying: “It is a long time. In fact, the only person who has done longer I’m told is Lord Mountbatten… so I am quite surprised by all that.”

She added: “I suppose if you get into that job, you know, it is easier to continue, isn’t it really?”

Gen Sir Nick said: “I think that’s right. Although I have to say I think the time comes when it’s ready to move on.”

After chatting together standing up, the pair went on to sit in nearby chairs to continue their conversation.

It is the first time in nearly a month that the Queen has been pictured carrying out an in-person engagement since she hosted a reception for the global investment summit at Windsor on October 19.