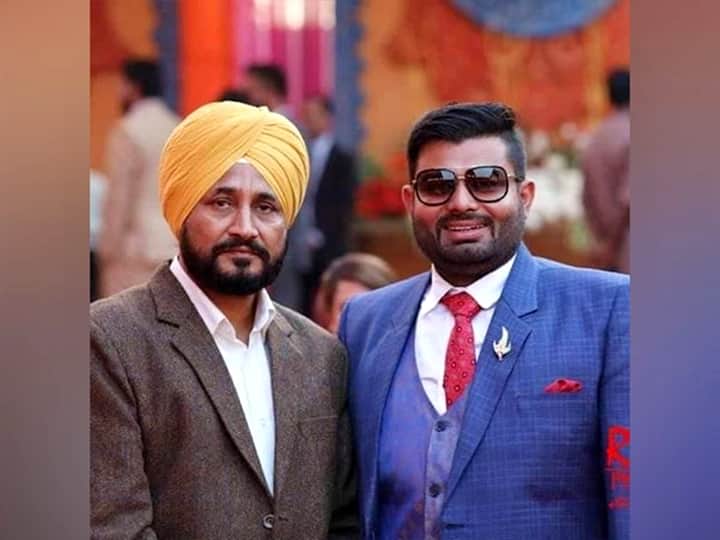 New Delhi: The Enforcement Directorate (ED) has reportedly claimed in its document that Bhupinder Singh alias ‘Honey’, the nephew of Punjab Chief Minister Charanjit Singh Channi, used to take money from officials for their choice of transfer and posting.

“Bhupinder Singh has explicitly stated in his statement during search, inter-alia, that all cash which was seized from his residential premises at Ludhiana (Rs. 4.09 crores), Sandeep Kumar’s premises at Ludhiana (Rs 1.99 Crores) and from the Homeland House Premises at Mohali (Rs. 3.89 crores) actually pertained to him. He admitted to have generated such proceeds of crime through mining related activities including clearance of mining files and transfer of officials,” reads the ED document accessed by news agency IANS.

IANS further reported sources as claiming that being close to Punjab CM Charanjit Channi, he used the political connection to earn a huge amount of money.

Bhupinder Singh is currently in the central agency’s custody where a team of officials is interrogating him. The court permitted his family to meet him once for an hour every day.

As per the IANS report citing ED documents, Honey has confessed that the amount of Rs ten crore which was recovered during raids belonged to him.

ED has alleged that he was making money from illegal mining as well.

The ED had, on January 18, conducted raids at ten different locations including Homeland Heights which is Bhupinder Singh’s residence.

Bhupinder was asked to appear at ED’s zonal office in Jalandhar. His statement was recorded in connection with the probe.

The ED officials had stated that they seized incriminating documents pertaining to illegal sand mining, property transactions, cell phones, gold worth above Rs 21 lakhs and a watch worth Rs 12 lakhs, as well as Rs 10 crore in cash during the raid.

According to the source cited by IANS, the documents recovered have confirmed that Kudrat Deep Singh was running two firms and Bhupinder Singh Honey was the joint director in them.

As per the agency’s sources, the firms are basically shell companies and the ED has found a lot of money transactions. One of the firms is Provider Overseas Consultancy Limited, which was incorporated in 2018 with 33.33% equal shares.

The ED case is based on a two-year-old FIR of the Punjab Police. The Punjab Police had on March 7, 2018, lodged a case against more than ten accused. The money-laundering probe was initiated on the basis of this FIR pertaining to illegal sand mining in Punjab in November last year.

According to IANS, Bhupinder Singh Honey was not named in the Punjab Police’s FIR and Kudrat Deep Singh was given a clean chit in the matter.

The Enforcement Directorate found that money was being laundered by the accused and they began probing the matter.