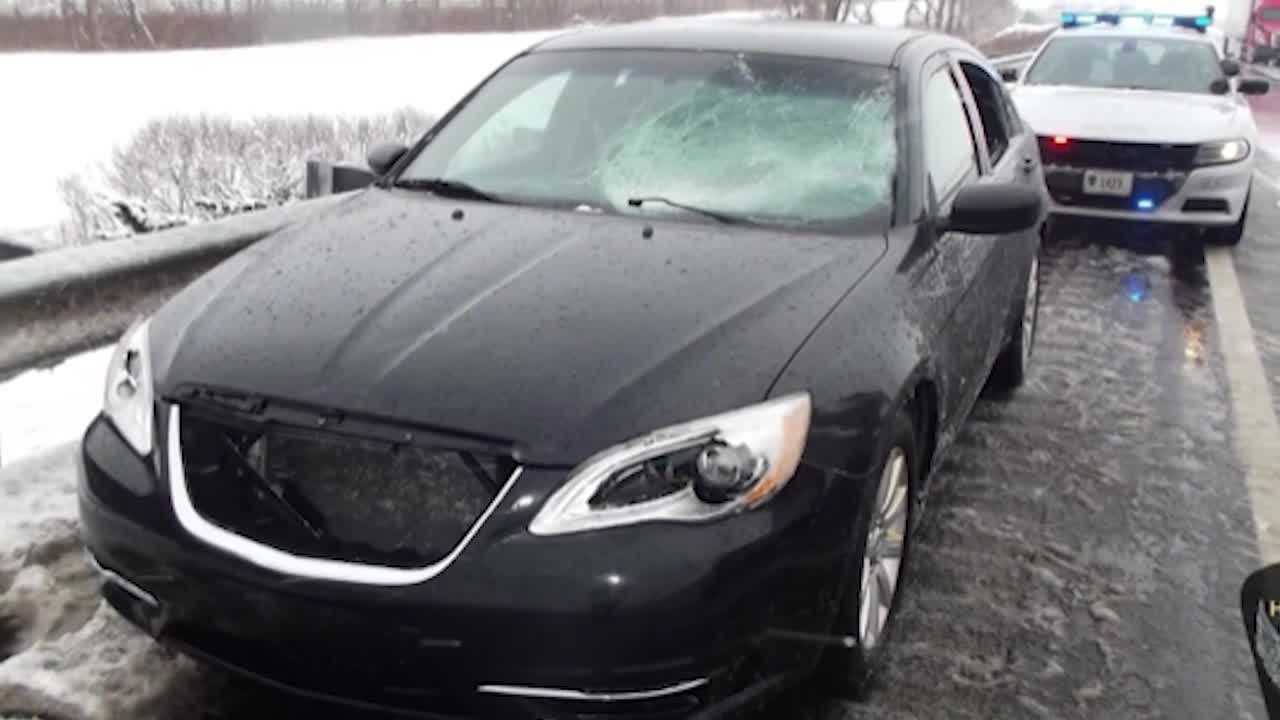 ERIE COUNTY, Ohio (WJW) –  A snow plow driver concerned in an incident that prompted injury to greater than 55 autos on the Ohio Turnpike advised a state trooper that his home windows had been fogged up and he didn’t know the snow he was eradicating was going over a concrete barrier wall.

The plow driver was accused of allegedly throwing snow and ice onto automobiles throughout the Jan. 23 incident. Troopers say 18 folks had been injured.

The snow plow driver additionally said he didn’t understand how quick he was driving and stated he didn’t see the snow going over the boundaries.

“Windows were sloppy and fogged up, mirrors were sloppy, icy,“ the driver told the patrol. “Powdery snow was blowing around.”

A trooper requested him if he “intentionally or knowingly” compelled the snow over the barrier and he replied “Absolutely not. I would never do that.”

As soon as the case was closed, the FOX 8 I-Crew requested the patrol’s report, which contained the driving force’s assertion, plus movies and a whole bunch of images displaying the injury to the autos.