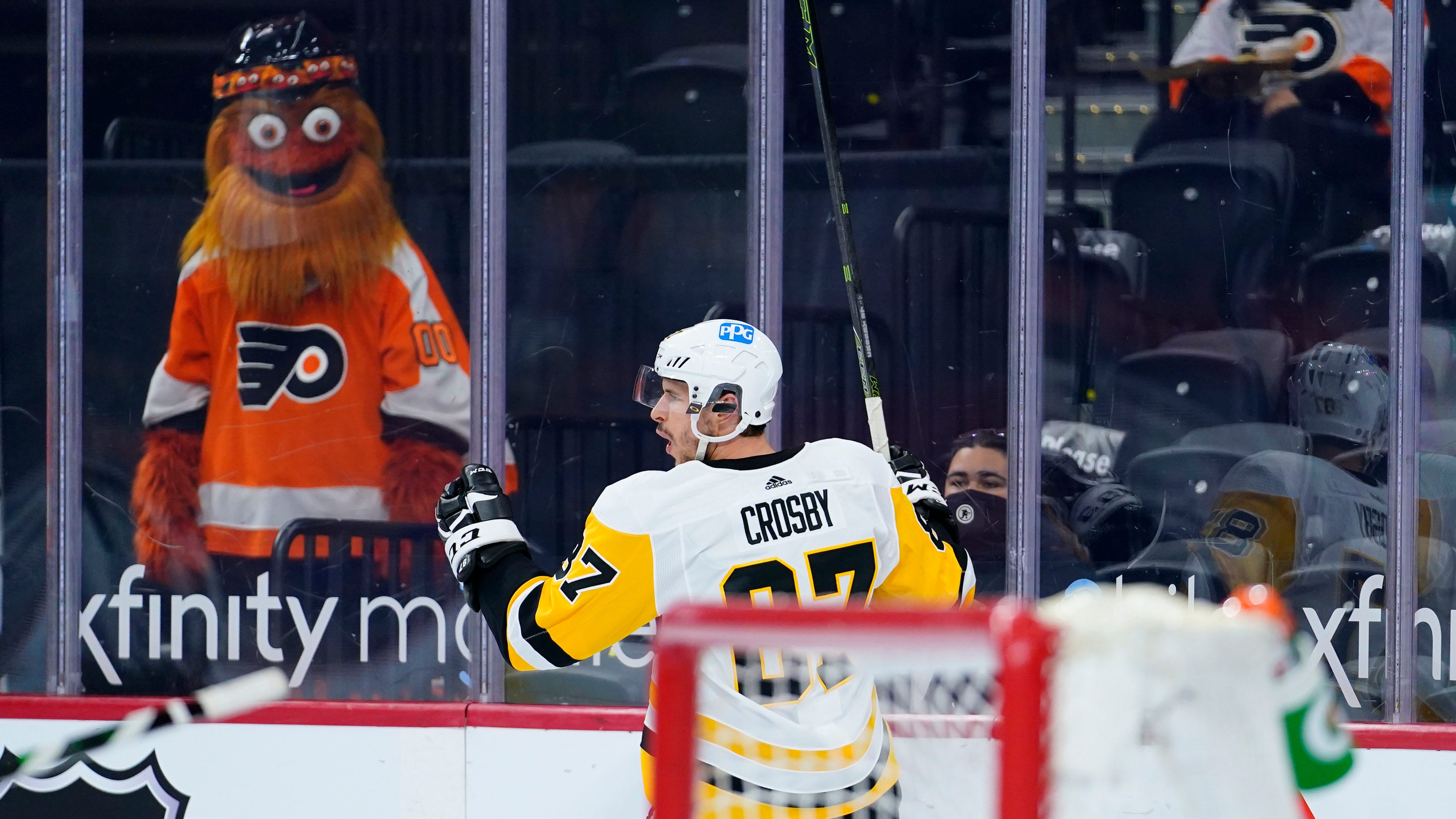 Sidney Crosby is back.

Crosby, 34, underwent left wrist surgery on Sept. 8 and estimated he would miss “at least” six weeks. Saturday night’s game is a little over seven weeks since the procedure.

The Penguins will also get back center Jeff Carter, who has been out for over a week after testing positive for COVID-19. Carter said he was asymptomatic during his quarantine, and he returned to practice on Friday.

“I think it goes without saying, they offer us so much on both sides of the puck,” Pittsburgh coach Mike Sullivan said of Crosby and Carter. “We’re just a much better hockey team when they’re in our lineup. So we’re excited to have them back in the lineup.”

Crosby will return to his familiar spot as Pittsburgh’s first-line center. Carter, who had filled in on the top line during Crosby’s absence, will anchor the second line with Evgeni Malkin out until at least Thanksgiving while recovering from knee surgery in June.

“It has a ripple effect on our whole team,” Sullivan said. “Both these guys are real good players. It’s nice to get some of these guys starting to come back into our lineup.”

The Penguins are off to a 3-2-2 start without Crosby, though the significance of his absence has been highlighted this week. Pittsburgh has dropped two straight at home to Tampa Bay and Calgary, mustering just one goal in the process.