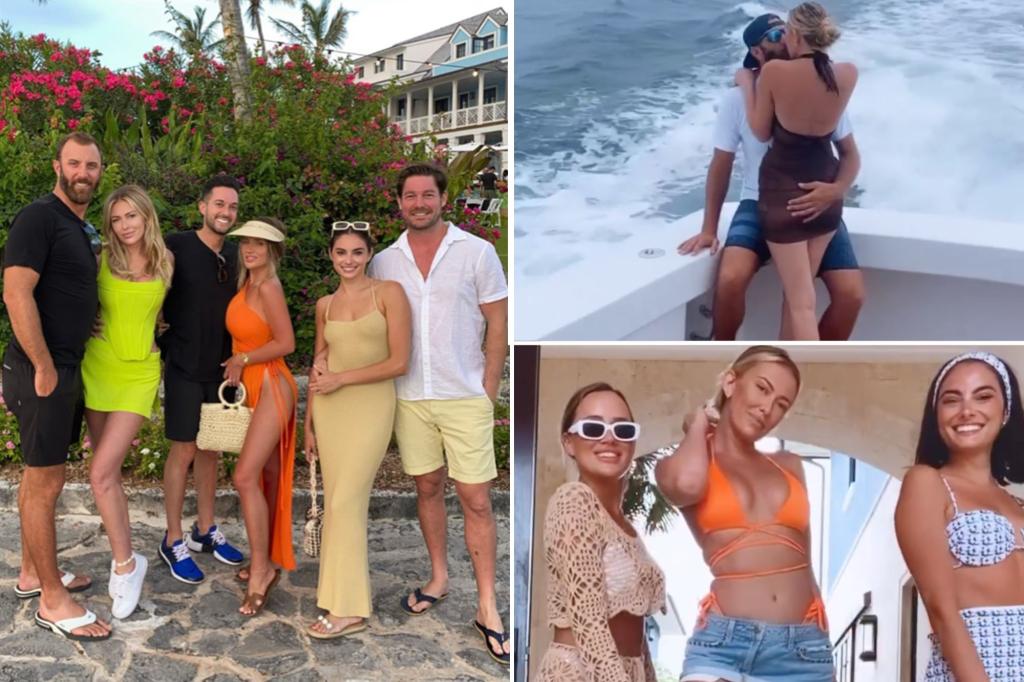 Paulina Gretzky and Dustin Johnson are very much enjoying that newlywed bliss.

The longtime couple, who tied the knot in Tennessee last month, jetted to the Bahamas for the holiday weekend, with the two sharing a kiss aboard a boat.

Gretzky, 33, has been giving fans a peek at her and Johnson’s epic trip all weekend long, sharing pics on social media that featured the pair vacationing with pals Kristina Melnichenko, Matt Forssman and Bravo couple Paige DeSorbo and Craig Conover.

Earlier in the day Sunday, Johnson was seen teeing off at the range with Forssman and Conover, while Gretzky and her gal pals posted a video of themselves modeling their swimwear.

Though Gretzky and Johnson are certainly having some fun in the sun with their friends, it’s been a hectic few weeks for the pair. Johnson recently competed at the PGA Championship in Tulsa, Oklahoma, but missed the cut for the third time in his past six majors.

Despite the disappointing finish, Johnson will have an opportunity for redemption at the US Open in June.

In the meantime, it seems that Gretzky and Johnson are savoring their kickoff to summer with their nearest and dearest, all of whom attended the pair’s lavish April nuptials at Blackberry Farm in Tennessee.

Melnichenko, Gretzky’s longtime BFF, also joined the then-bride-to-be for her epic bachelorette party in St. Barths. She served as Gretzky’s maid of honor at the wedding.