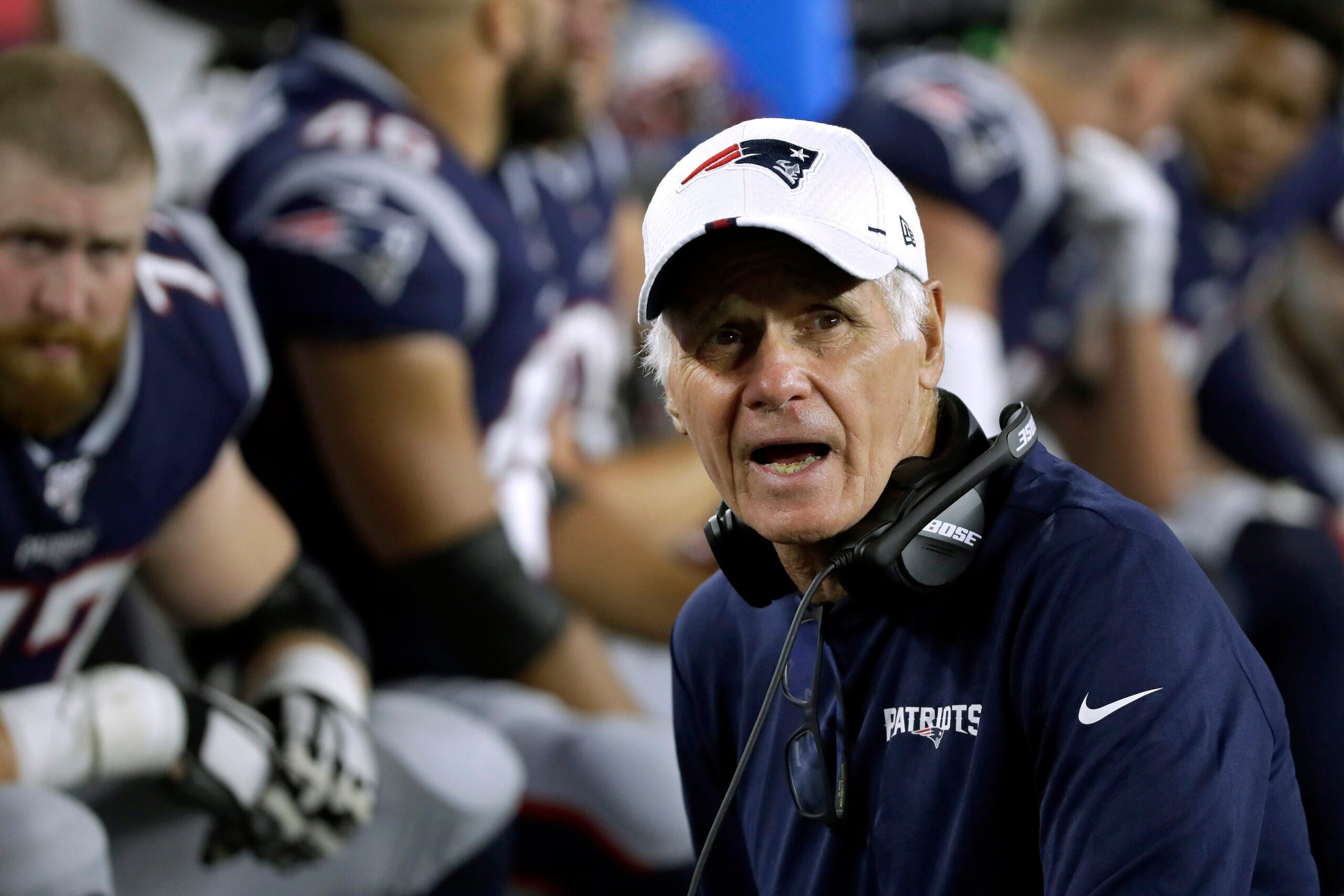 In the Patriots’ 14-10 win over the Bills on Monday, the game plan ended up being simple: Run the ball.

New England rushed the ball 46 times, totaling 222 yards on the ground. In all, Patriots rookie Mac Jones only needed to pass three times. It was the fewest passing attempts in a win for any NFL team since 1974.

One person who could especially enjoy the Patriots’ approach was former offensive line coach Dante Scarnecchia. The 73-year-old, who helped New England win five Super Bowls during multiple tenures with the team before retiring following the 2019 season, shared his thoughts on the win during a recent episode of NBC Sports Boston’s “Next Pats” podcast, hosted by Phil Perry.

“I think like everyone it was amazing in a lot of respects to think you’re only going to throw ball three times in the whole game,” said Scarnecchia. “I think it’s pretty much every offensive lineman’s dream to be able to run off the ball almost every snap, 96 percent of the time and go hit someone and not have to worry about edge rushers and twist stunts inside and pass protection. It just makes the game a lot easier.

“I know that that’s what those guys like to do the most, come off the ball and hit people,” Scarnecchia said of the Patriots’ offensive line.

Yet despite the commitment to the run against the Bills, Scarnecchia also noted how the Patriots have been able to throw the ball efficiently at times during the 2021 season.

“They can throw it effectively, and they can run it effectively, and I think when you have that ability to do both—which they do—I think it just makes it really hard for the other guys,” said Scarnecchia. “Especially the other night where it was really almost impossible to throw the ball. They were able to rely on a run game that was really superior to the guys they were playing.”

Scarnecchia was with the Patriots for the start of both Drew Bledsoe and Tom Brady’s careers, and had extensive experience working alongside younger quarterbacks.

Looking at Jones in his rookie year, the former Patriots assistant praised the current coaching staff.

“And then to bring him along they way that they’ve brought him along, I think they’ve done superior job of coaching this guy.”

Scarnecchia also helped Perry break down some of the Patriots’ game-tape, explaining the dynamics of several run plays: