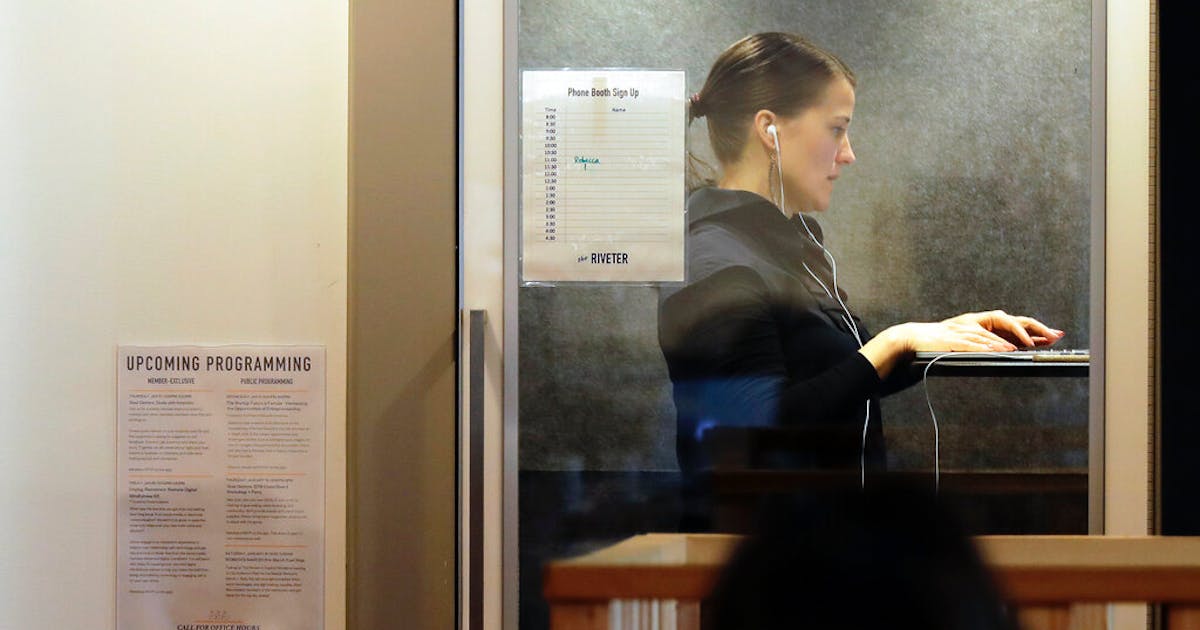 Every month, researchers at the National Women’s Law Center analyze data on women’s workforce participation. They pore over numbers collected by the U.S. Bureau of Labor Statistics to map out where women stand in the economic recovery and how their recoveries differ based on factors such as race and industry.

The NWLC’s analyses earlier this summer signaled a hopeful outlook for women, who were slowly gaining back some of the jobs they had lost during the pandemic. (As it stands, women have nearly 2.9 million fewer jobs than they did before the pandemic, according to the NWLC.)

But by August, the federal data told a different – and far more dire – story: Women’s job gains had slowed, constituting only 11.9% of 235,000 new jobs gained that month. And their labor force participation rate, at 57.4%, had not been as low as this since December 1988, excluding pandemic months. The next month brought even worse news: While men gained 220,000 jobs in September, women lost 26,000 jobs. And while 182,000 men ages 20 and over joined the workforce last month, 309,000 women left it – 196,000 of whom were millennials, spanning from 25 to 39, according to an analysis by Jasmine Tucker, director of research at the NWLC.

That exodus of millennial women from the workforce was part of a larger one. There were 890,000 fewer millennial women in the labor force last month compared with February 2020, Tucker added.

Now, with coronavirus variants plaguing unvaccinated swaths of the country, federal unemployment benefits ending last month and children back in school – which, for some, remains remote, requiring parental supervision – experts say that the recent dismal jobs numbers signal further challenges for millennial women, and women of color in particular, as they seek to rejoin the workforce this fall and beyond.

Millennial women were already facing economic challenges pre-pandemic: Older millennials began their careers in the wake of the Great Recession, and millennials as a whole grapple with a generational wealth gap that disproportionately affects Black and Latina women, research shows. Millennial women are also “more likely to have young kids in the home” than other generations, according to Tucker, who said that fact probably contributed to last month’s jobs numbers, as many women probably stopped working to help navigate kids returning to school.

The pandemic’s financial effects on millennial women, coupled with those that followed the Great Recession, are “really a double whammy for them, especially if they have kids,” Tucker said.

“It’s going to have real long-term impacts for their financial success,” she added.

In the months to come, experts say, both the government’s and employers’ responses to the enduring child-care and employment challenges facing millennial women will determine the severity of their possible setbacks and the trajectory of a possible recovery. And, according to C. Nicole Mason, president and chief executive of the Institute for Women’s Policy Research, a true recovery – and true labor-force equity – will require changing the nature of work itself.

“We need to really make sure that we make work work for women, that we reexamine our workplace models and practices,” Mason said. “Flexibility has become the new currency when you’re thinking about women reentering the workplace.”

The deck was stacked against older millennials even before the pandemic.

“Wages were depressed because of the Great Recession,” Tucker said. “A lot of millennials were just coming out of college or just about to graduate college, and … the jobs were not there, especially not good-quality jobs.”

Today, millennials’ average wealth in their early 30s ($140,600) trails that of Gen Xers ($152,000) and baby boomers ($221,100) when they were around the same age, according to 2020 research by the Federal Reserve Bank of St. Louis. And for millennial women, these gaps are even more pronounced, especially for Black and Latina women.

The gender pay gap is partly to blame. According to a 2018 IWPR report, at 25, college-educated millennial women born between 1980 and 1984 earned about 90% of what men earned; by the time they reached 37, the gender pay gap had widened to about 73%. By the time they reach 60, those college-educated millennial women working full time will have lost more than $1 million in earnings over their careers compared with men if the wage gap persists, the report projects.

But the wage gap’s effects on millennial women’s wealth accumulation are already apparent: While the graduation rate for millennial women is nine percentage points higher than it is for millennial men, White, Black and Latina millennial women still hold less wealth than men within their racial groups. And the wealth of White women college graduates ($52,406) far exceeds that of their Black ($3,316) and Latina ($29,889) counterparts, according to data from the think tank New America.

As a result of these disparities, “for millennial female-headed households compared to millennial male-headed households, their credit scores are lower, homeownership rates are lower, they’re more likely to have student loans and to have greater balances when they do,” said Ana Hernández Kent, senior researcher for the Institute for Economic Equity at the Federal Reserve Bank of St. Louis.

This context, coupled with women’s job losses over the past year and half, means the pandemic “has the potential to be another compounding factor in undermining a growing wealth trajectory” for millennial women, said Reid Cramer, a nonresident fellow at New America.

Historically, men have fared worse than women in recessions, according to the Pew Research Center. The Great Recession, for one, “was a downturn that disproportionately impacted men,” Mason said, because of their concentration in hard-hit industries such as construction and manufacturing. But, in the aftermath, men bounced back with stronger and faster growth across all industries than women did.

But this time around, the industries in which women workers are concentrated – including leisure and hospitality, child care and health care – have been among those hardest hit. Those jobs are also often low paid and lacking benefits, Mason noted, so a stream of women have left those industries altogether, opting to pursue better-paid work that they’re more passionate about. Many of those who have stayed have advocated for higher wages and increased benefits, particularly in food service.

Compared with previous recessions, the pandemic-induced “she-cession” – a term Mason coined – has therefore been unique in its catastrophic effects on women. But it also presents opportunities to change child care and the nature of work, which could better support millennial women’s workforce participation in the long run, according to Kathleen Gerson, a sociologist at New York University whose research focuses on gender, work and family.

“In moving into the post-pandemic world,” she said, “when we are not going to go back to the old rules and the old systems, the question is: How will we implement new systems that are more egalitarian?”

All five experts who spoke with The Lily agree that the first step to facilitating millennial women’s workforce recovery is making child care more accessible for working parents. Democrats’ $450 billion proposal to expand and improve child care – which could amount to the largest investment in federally backed child-care programs – “could really change the prospects of what things look like going forward” for women and children, Cramer said.

“The [current] business model for child care does not work,” said Tucker of the NWLC. “Parents are simultaneously paying an arm and a leg for this service, and the employees of that service are being paid pennies. This doesn’t match up. We need to think about child care as infrastructure, and we need to be investing in it.”

And although experts say it’s too early to assess the long-term effects of the monthly $300-per-child tax credit – which was first distributed in July and which some Democrats are trying to extend – it will probably be huge for lower-income parents, acting as “a floor below which no child should be allowed to fall,” Gerson said.

When it comes to negotiating the politics of post-pandemic workplaces – many of which will be remote or hybrid – Gerson said it will be crucial for employers to ensure that in-person workers aren’t privileged over remote ones, so millennial mothers’ workforce equity and participation are supported.

“We need to develop a sense that there are life stages where one is going to need more flexibility in their schedule and where they work than others,” she said. “If we have this structured tier in which people at the office have advantages that people who aren’t in the office don’t have, there’s a danger of not simply reinstating inequalities, but actually increasing them.”

Research shows that workers across racial and gender lines want flexibility in where they work – which, for many, means not returning to the office. A FiveThirtyEight analysis of a survey of more than 10,000 global knowledge workers found that White men were the most eager demographic group to return to in-person work, at 30.4%, compared with only 15.9% of Black men. White and Black women were nearly equal in their rates of enthusiasm, at 22.7% and 22.5%, respectively.

The analysis notes that those lower rates for Black workers reflect what Angelica Leigh, a professor of management and organizations at Duke University’s Fuqua School of Business, calls “identity labor” – the process of emotional suppression in the workplace that employees of color undertake in the aftermath of social uprisings affecting people of color, such as the murder of George Floyd. For women across races, the wage gap and worries about balancing motherhood and work – including breastfeeding in the workplace, for example – have historically made offices hostile and male-dominated spaces, the FiveThirtyEight analysis adds.

But the low rates of enthusiasm for returning to the office present among all demographic groups surveyed reflect “the changing nature [of work] and the flexibility that it seems like most people want,” Gerson said.

That increased desire for flexibility, Cramer said, could prompt new and more equitable ways of living and working for millennial women in a post-pandemic world, provided that lawmakers and employers listen to what women really want – and act on what they hear.

“If, in fact, we can use this moment to say, ‘What are the kinds of supports that families need to maximize their economic security?’ – whether that’s cash infusions into the households to help cover the costs of children, or if it’s about access to high-quality child care to facilitate people entering the workforce – I think that could be something that changes the overall terrain in ways that impact women significantly,” Cramer said. “Maybe this could be a reset.”

This story first appeared in The Washington Post’s The Lily publication.