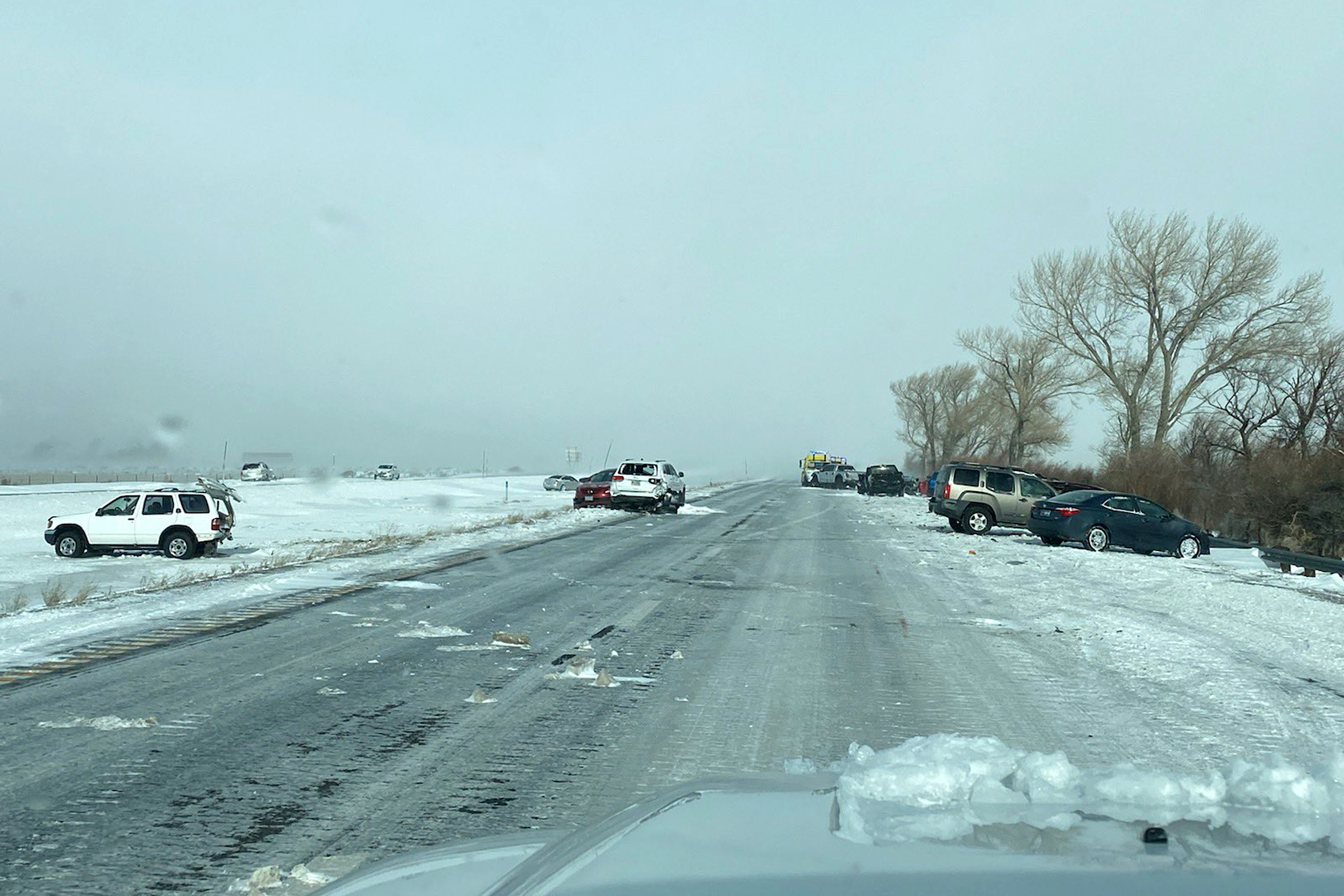 Flight cancelations that upended holiday travel plans for millions of Americans continued into Monday as storms in the western United States compounded the chaos.

The major airlines blamed the spread of the omicron variant of the coronavirus for the disruptions, namely the 10,000 flights canceled around the world over Christmas weekend.

In a statement Sunday, Delta said “winter weather in portions of the U.S. and the omicron variant” were taking a toll on the airline’s holiday weekend flight schedule.

Of 4,155 total mainline and connection flights scheduled Sunday, Delta said it had canceled 161, with around 40 more cancellations forecast for the day.

JetBlue said it had about 110 cancellations Sunday, with the number expected to potentially grow depending on crew availability.

“We have seen an increasing number of sick calls from omicron,” the airline said, adding it had entered the holiday season with the highest staffing levels since the pandemic began.

“Despite our best efforts, we’ve had to cancel a number of flights, and additional flight cancellations and other delays remain a possibility.”

By early Monday, another nearly 2,000 flights around the world were canceled for the day, with at least 629 of those flights expected to have flown within, into or out of the United States, according to FlightAware.

The cancellations come as many around the world will likely be trying to return home after visiting loved ones over the Christmas weekend.

They also come after more than 130,000 new Covid cases were reported in the U.S. on Sunday alone, according to data compiled by NBC News. However, holiday interruptions to testing and data reporting could have affected the count.

The Centers for Disease Control and Prevention did not update its Covid tracker over the weekend, but it is expected to resume posting data later Monday.

As omicron wreaks havoc on Christmas travel plans across the country and around the world, winter storms in the western U.S. have also caused chaos.

More than 20 vehicles were involved in a crash in northwestern Nevada, with drivers reporting whiteout conditions, the sheriff’s office said.

In a separate statement, the Truckee Meadows Fire & Rescue said at least three people were taken to the hospital following the pileup.

“Conditions are extreme in the Washoe Valley with 50 mph winds and white out conditions,” it said in a Twitter post.

The California Highway Patrol in Truckee said Interstate 80 was closed from the Nevada state line to Colfax in California in both directions.

Later, it shared a video of the dangerous driving conditions, saying its officers were “having a hard time finding the road.”

The National Weather Service’s office in Reno warned in a tweet that it was the “type of day to just stay home if you can.”

By Monday, a duo of storms was expected to see significant snowfall continue for portions of the West Coast mountain ranges and the Intermountain West, according to the weather service.

As one storm is expected to weaken by Monday night, the next system already causing heavy mountain snow was expected to make its way across the intermountain West overnight and into Tuesday morning, with the Sierra Nevada expected to reach totals of up to 3 feet of snow at the highest elevations.

Storms were also expected to bring record cold to parts of the West Coast, with snowfall also expected in the Upper Midwest and an “icy wintry mix” set to hit the central Great Lakes and northern Mid-Atlantic, the weather service said.

“Travel delays due to icy conditions are possible in these regions, both on the ground and in the air,” it warned.

Record cold temperatures could also be possible along the West Coast on Monday, the weather service said.

As the West faces snow and icy conditions, the South may see record warm temperatures over the coming days, as the region continues to see a holiday heat wave.

Chantal Da Silva is a breaking news editor for NBC News Digital based in London.