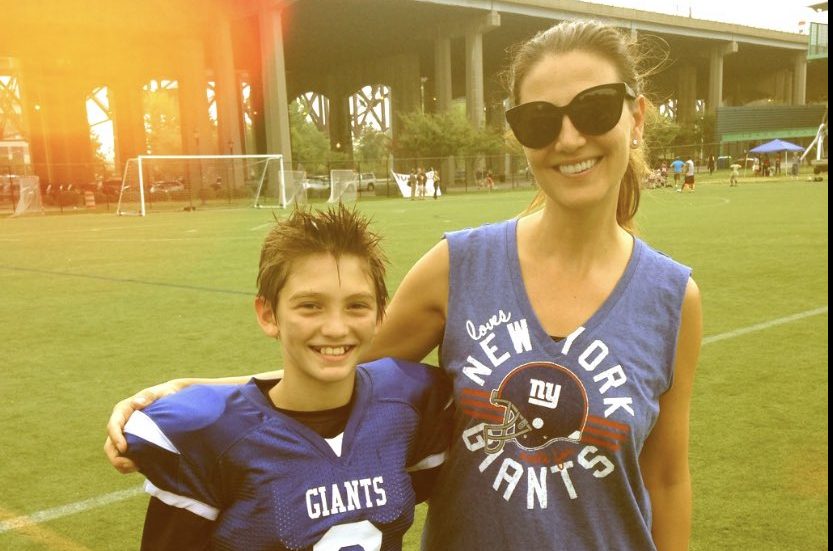 Brown, the quarterback for the the Red Bank Catholic Caseys in New Jersey, had that amazing performance on Friday night — just one day after his mother Michelle died following a lengthy battle with breast cancer, Brown threw six touchdown passes and ran for two more.

“Yesterday I lost my amazing mother. Today I scored 8 touchdowns, thank you for watching over me mama,” Brown tweeted after the 58-34 win over Morris Catholic, along with a heart emoji.

Brown said that his mother had been battling breast cancer for 14 years.

“It honestly felt like the whole night was scripted before I even got there,” Brown told CBS New York. “You know, I threw that first touchdown pass, and I just knew she was going to be with me the whole night. And it was a really special feeling.”

In an Instagram comment, Brown, who is going to play college football at Bucknell next year, was congratulated by Tom Brady:

The team will be attempting to win a state title in honor of Brown’s mother.

“This whole thing, it just shows that she is with me,” Brown said. “And I’m going to make sure the world knows who Michelle Brown is. And I’ll carry that for the rest of my life.”