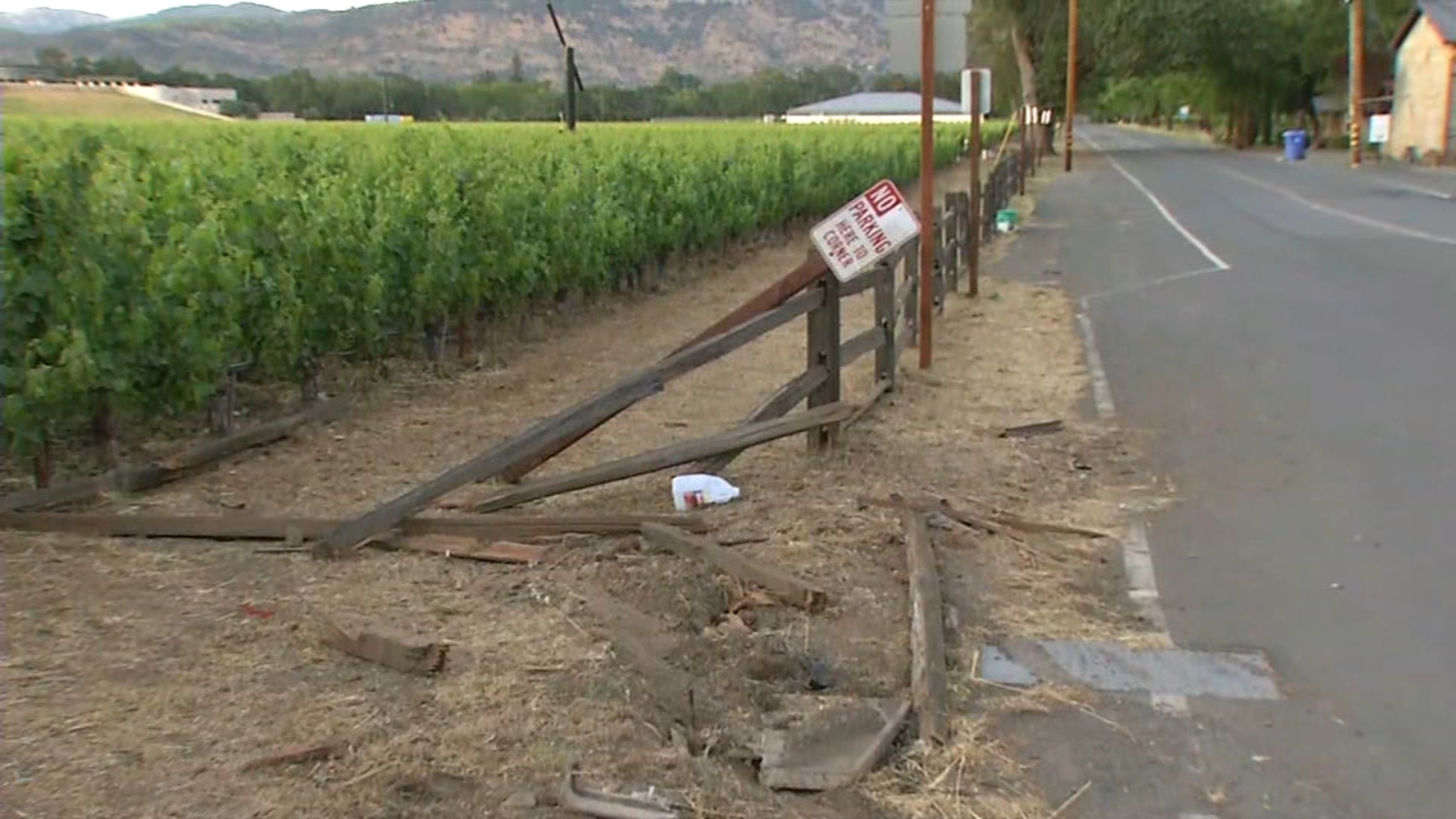 NAPA, Calif. (KGO) — Reaction coming in from across the nation as Speaker of the House Nancy Pelosi‘s husband Paul was arrested on a DUI charge in Napa Saturday night. We’ve learned that Pelosi’s husband struck another vehicle in his 2021 Porsche.

Video of a busted out fence and downed sign was part of the crash scene in Napa County where Speaker of the House Nancy Pelosi’s husband Paul was arrested for DUI Saturday night in Napa County. Speaker Pelosi was on the other side of the country in Rhode Island giving a Sunday commencement speech to graduates.

“I don’t think we should be paying much attention to what her husband is doing because again, he is not an elected official,” said political science professor Melissa Michelson who is also the Dean of Arts and Sciences at Menlo College.

Michelson also says this DUI in Napa puts the speaker and other lawmakers front and center in a very bad light.

Paul Pelosi, 82, had a blood alcohol content level of .08 or higher according to the California Highway Patrol. CHP says Paul Pelosi was driving his 2021 Porsche eastbound on Walnut Drive and attempted to cross Highway 29 when he struck someone driving a Jeep.

“I think that reflects poorly on the Speaker and Congress generally like, hey these are pressing issues here and instead your husband is gallivanting around in Napa you’re off in Rhode Island giving a speech at a fancy university what are you doing to keep America safe and advance our conversation about what needs to be done about all these shootings,” says Michelson.

Nancy Pelosi’s office put out a brief statement, saying “The Speaker will not be commenting on this private matter which occurred while she was on the East Coast.”

CHP says this crash happened at about 10:30p.m. Saturday. Paul Pelosi was arrested a little over an hour later. Bail was set at $5,000 and he was released Sunday morning in a crash where no one was injured.

The California Highway Patrol has not said where Paul Pelosi came from or where he was headed.

RELATED: ‘I take responsibility’: Nancy Pelosi believes she was ‘set up’ by San Francisco hair salon

CHP released this statement: On Saturday, May 28, 2022, at 10:26 pm, Napa Area units responded to a crash that occurred on State Route 29 (SR-29) at Walnut Lane. Upon arrival, the Napa Area units determined the incident to be a two-vehicle non-injury crash. The driver of the Porsche (Party Number 1, Pelosi) was traveling eastbound on Walnut Lane and attempted to cross SR-29, when his Porsche was struck by a party traveling northbound on SR-29 (Party Number 2, Lopez) driving a Jeep. Pelosi was arrested for driving under the influence of an alcoholic beverage at 11:44 pm. He was subsequently booked into the Napa County Detention Center for a violation of 23152(a) and 23152(b) of the vehicle code. The crash is being investigated by the Napa Area.