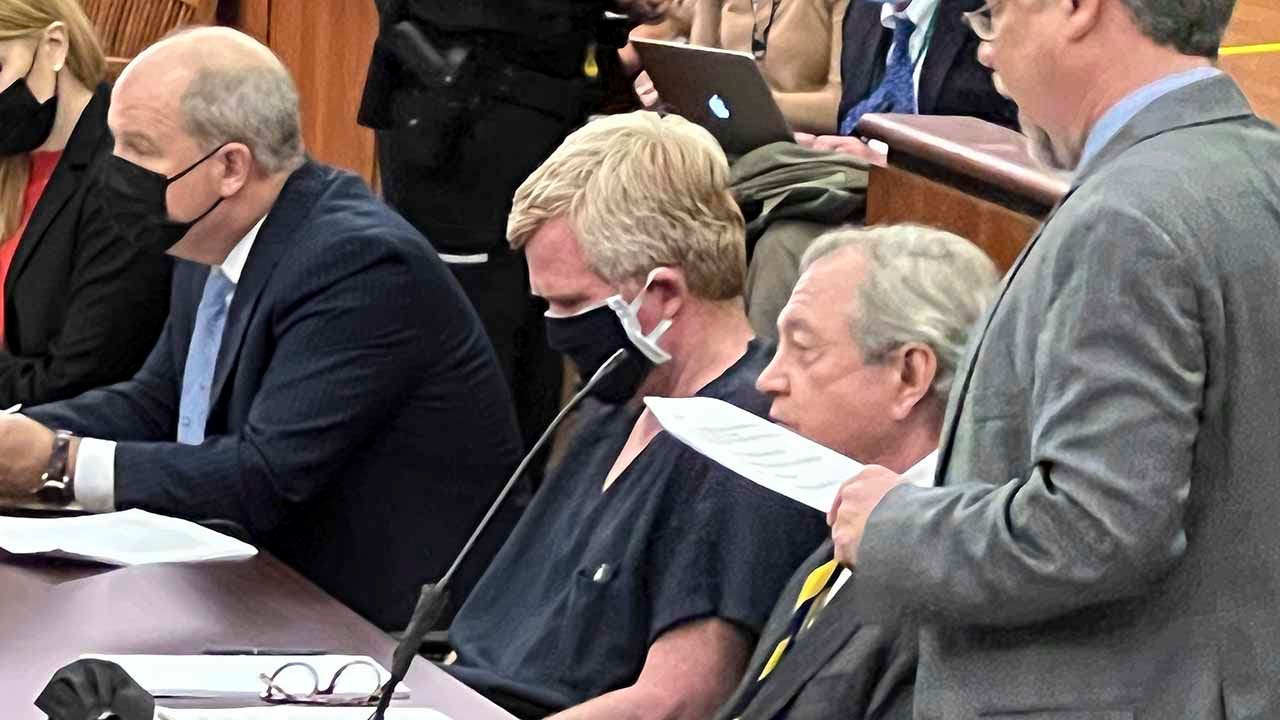 Lawyers representing the victims of a 2019 boat crash where Alex Murdaugh’s since-murdered younger son was allegedly behind the wheel are asking a South Carolina court to prevent the surviving, elder son, Buster Murdaugh, from disposing of the family’s financial assets while his father sits in jail.

This comes as the law firm founded by Alex Murdaugh’s great-grandfather also reached a settlement with the heirs of housekeeper Gloria Satterfield.

Alex Murdaugh has improperly “transferred, sold, encumbered or otherwise disposed of assets,” two separate filings made in Hampton County Friday allege. He recently appointed his 26-year-old son, Buster Murdaugh, as his power of attorney on Sept. 16. Since then, his son executed a satisfaction of a mortgage with a face value of about $970,354 on a 42-acre property in Hampton and Colleton Counties on Sept. 23.

Last week, South Carolina Circuit Judge Clifton Newman denied bond for Alex Murdaugh on charges alleging he stole more than $3.4 million in settlement funds from the wrongful death lawsuit related to housekeeper Gloria Satterfield’s death. At last Tuesday’s hearing in Richland County, state prosecutor Creighton Waters, with the South Carolina Attorney General’s Office, outlined how Alex Murdaugh allegedly used the settlement money to pay a $100,000 credit card balance in his name, transfer more than $300,000 to his father, and transfer more than $735,000 to himself.

Mark Tinsley, a lawyer representing Renee Beach, the mother of 19-year-old Mallory Beach, who was killed in the boat crash, filed an injunction Friday in order to protect potential future settlements in his client’s wrongful death lawsuit against the Murdaughs, as well as the bar and convenience store that allegedly provided underage teenagers with alcohol the night of the crash. Lawyers for Connor Cook, another passenger who was seriously injured in the crash, also asked the Hampton County court to freeze Alex and Buster Murdaugh’s assets in a filing of their own Friday.

“Alex Murdaugh has engaged in repeated dishonesty, deception and fraud. He has shown that he will go to extraordinary lengths to misappropriate, steal, transfer or otherwise dispose of money in a manner that benefits him or his family, with complete disregard for the interests of third persons,” Tinsley writes. “Only part of Alex Murdaugh’s complex financial maneuvers are known. Significant questions remain concerning where his assets have gone and when such assets were transferred or disposed.”

Friday’s filings include a photo of a masked man at a blackjack table, who the lawyers for Beach and Cook claim to be Buster Murdaugh, at The Venetian Resort & Casino in Las Vegas this month. When asked about the photo directly, Murdaugh’s attorney, Dick Harpootlian, told Fox News Digital, “We are not commenting on anything regarding this case.” Fox News Digital has not independently verified the authenticity of the image.

The court documents list other alleged attempts to sell off assets. Alex Murdaugh’s interest in Green Swamp Club Inc., a 7,000-acre hunting club in Jasper County, was sold on Oct. 1. His motorboat was also listed for sale online for $115,000.

Alex and Buster allegedly failed to pay more than $6,000 in property taxes for 2020 on their Edisto Beach property, and more than $7,000 in outstanding property taxes are owed for 2021. The vacant home will be auctioned if the back taxes aren’t paid by Dec. 10, according to the filings. Alex Murdaugh inherited assets from his father, Randolph Murdaugh III, who died on June 10, as well as assets from his wife, Maggie, and their 22-year-old son, Paul.

The South Carolina Law Enforcement Division (SLED) is still investigating the actual cause of Satterfield’s 2018 death, as Murdaugh’s longtime housekeeper and nanny suffered a head injury in an alleged trip and fall accident at their Colleton County home and never regained consciousness before dying weeks later at the hospital. The still unsolved June 7 double murders of Maggie and Paul Murdaugh, who were shot to death on the grounds of the family’s Moselle hunting estate, also prompted SLED to open an investigation into the mysterious 2015 roadside death of 19-year-old Stephen Smith, who was once Buster Murdaugh’s classmate. Any further connection remains unknown.

When he was killed in June, Paul Murdaugh was still facing boating under the influence charges for allegedly drunkenly crashing his father’s boat in 2019, killing Mallory Beach and seriously injuring several other passengers including, Connor Cook. Friday’s filings ask the Hampton County court to appoint lawyers John T. Lay, Jr. and Peter M. McCoy, Jr. as “co-receivers” tasked with locating and recovering Alex and Buster Murdaugh’s assets. They also asked that Amy L.B. Hill, with the law firm Gallivan, White & Boyd, P.A., be appointed to serve as legal counsel to the co-receivers.

Over the weekend, a lawyer for Satterfield’s estate, Eric Bland, said the housekeeper’s sons reached a confidential settlement with the Hampton law firm PMPED, The State, a newspaper based in Columbia, S.C., reported. SLED is investigating millions of dollars allegedly missing from the prominent law firm founded a century ago by Alex Murdaugh’s great-grandfather. Meanwhile, Bland had already reached a settlement with Murdaugh’s former college roommate, Corey Fleming, and his law firm, Moss, Kuhn & Fleming, valued at about $177,000 over the mishandling Satterfield’s insurance payouts.

Last week, Judge Newman also ordered a psychiatric evaluation for Alex Murdaugh, who allegedly confessed to plotting his own death on Sept. 4, so Buster could collect a $10 million life insurance policy. SLED on Friday also released several 911 calls placed after the alleged roadside botched suicide scheme, including one where a woman driving by can be told telling an emergency dispatcher she didn’t stop because it “looks like a setup.”

Murdaugh had been out on a personal recognizance bond granted by Hampton County Magistrate Judge Tonja Alexander on Sept. 16 and received treatment for opioid addiction at rehabilitation facilities in Atlanta and Orlando before he was taken into custody again on Oct. 14 on the new charges related to Satterfield’s settlements.