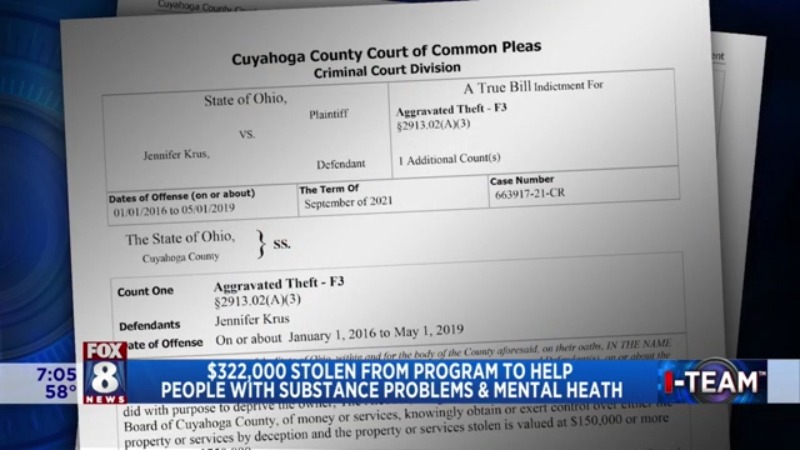 Prosecutors say Krus was a “statutory agent” for Living Miracles. They say the firm had a contract with the Alcohol, Drug Addiction, and Mental Health Services (ADAMHS) Board of Cuyahoga County. Investigators say Krus had been expected to provide counseling and support.

Assistant Cuyahoga Co. Prosecutor James Gutierrez said, “Based upon our review of the bank records, we found that she used the money for her own personal use. And a lot of the money was going to gambling. The other money I guess was used to maintain her lifestyle.”

He says the ADAMHS Board discovered the missing money while reviewing some of its accounting practices.

We left a message for Krus.

Defense attorney Craig Weintraub called us and said he had no comment since the charges were just filed.

Krus goes to court next month to start defending herself against the charges.