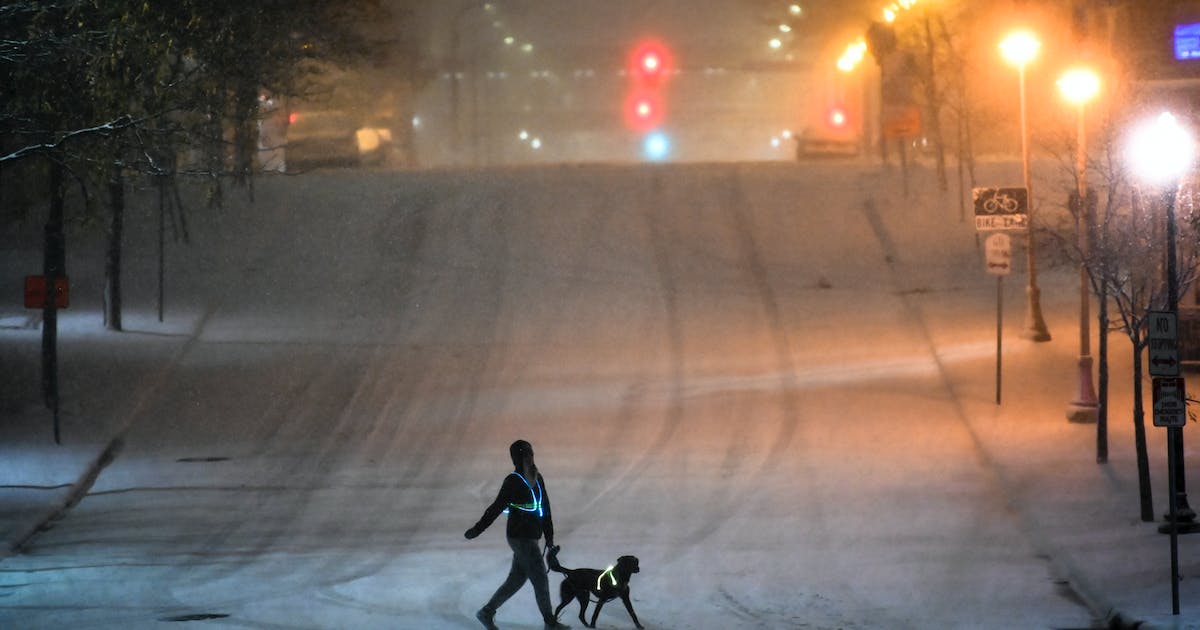 Hours before the snowflakes were expected to fall, Minnesotans in the path of Friday’s storm were already posting on social media, offering a mix of excitement and griping about the first big snow of the season.

Businesses were posting, too: Snow removal companies are at the ready and hardware stores are seeing an influx of last-minute shoppers looking for shovels and ice melt.

“That’s pretty typical, especially early in the season,” said Sam Welna, manager of Welna Hardware in Minneapolis. “People sometimes forget what they need until they need it.”

This storm promises heavy, wet snow, requiring Minnesotans to dig out their shovels and snow blowers, say weather forecasters. The bulk of the snow is expected during the late afternoon and early evening hours, said Brent Hewett, a meteorologist with the National Weather Service in Chanhassen.

By the time the storm wraps up early Saturday, Carver and Scott counties in the south and southwest metro could see close to a foot, Hewett said. The far north metro will see the least snow, with up to 4 inches, while Minneapolis, St. Paul and the southern suburbs are in line for 6 to 8 inches, he said.

A winter storm warning is in effect from 9 a.m. Friday to 6 a.m. Saturday, stretching from Worthington and Marshall in southwest Minnesota through the Twin Cities and into western Wisconsin, the weather service said.

The hefty snowfall is likely to trigger the first snow emergency of the season. Minneapolis is imploring residents to pay attention foralertsposted on its website and social media accounts, and to follow the rules. Doing so allows plows to clear the streets and vehicle owners can avoid a ticket and tow, said Minneapolis spokesperson Sarah McKenzie.

The white landscape, however, may be fleeting. Temperatures are forecast to soar into the 40s by Tuesday and Wednesday and bring significant melting. Thermometers in southern Minnesota may even register 50 degrees or warmer, Hewett said.

“It is an unusual warm-up,” Hewett said. “You could call it a December Thaw.”