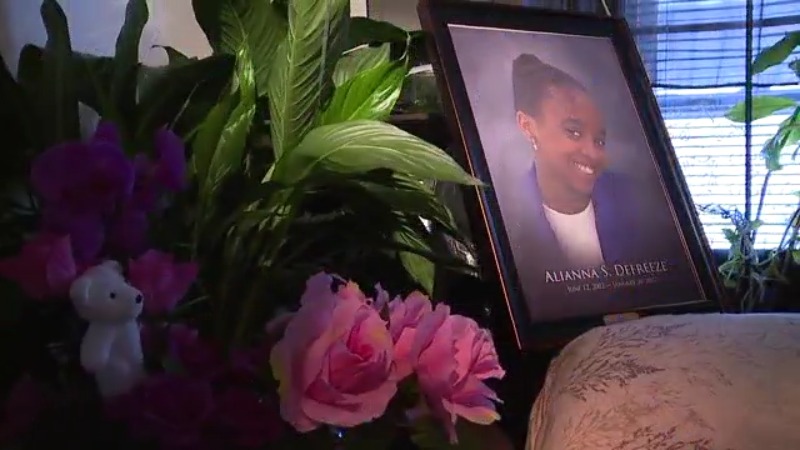 CLEVELAND (WJW) – The FOX 8 I-Team has uncovered a million-dollar settlement in a lawsuit filed by the parents of Alianna DeFreeze.

It’s new justice for her family years after she was kidnapped and killed at the age of 14 on her way to school.

It happened on Cleveland’s southeast side back in 2017. A sex offender kidnapped her and murdered her.


Man killed in fire that collapsed portion of Streetsboro home

Christopher Whitaker ended up getting sent to death row.

But that morning of the crime, when Alianna didn’t show up for classes, the school didn’t call Alianna’s mom, so her parents filed a civil suit to hold the school accountable, too.

Now, the I-Team has obtained records filed in Cuyahoga County Probate Court asking a judge to approve a settlement in a wrongful death lawsuit.

The records show each of Alianna’s parents would get more than $245,000.

Attorney Allen Boseman of the Sherman Boseman Legal Group wrote to the Court as part of the filing.

He wrote, in part, “Despite the incredible odds faced by Plaintiffs’ counsel, they were able to convince the settling Defendants (who still assert that they have no legal responsibility for the death of Alianna) to resolve this matter for a total of $1,000,000.00. This is a tremendous settlement based upon the facts and the current state of the law in the state of Ohio.”

Alan Rosskamm said, “All of the parties reached a mutually agreed upon settlement agreement. We hope this can help bring some level of closure to all concerned. Although, our hearts will always go out to Alianna’s family and friends.”

Meanwhile, the fallout from what happened to Alianna will now go on forever affecting every family sending kids to school in Ohio. Her death also led to Alianna’s Alert, a new state law requiring schools to call parents within two hours whenever a child doesn’t show up for classes.

Alianna’s father and mother have both spoken out about the new law. So, Alianna is making a difference long after her death and her family is also getting new justice.

A court hearing on the proposed settlement is set for next month.