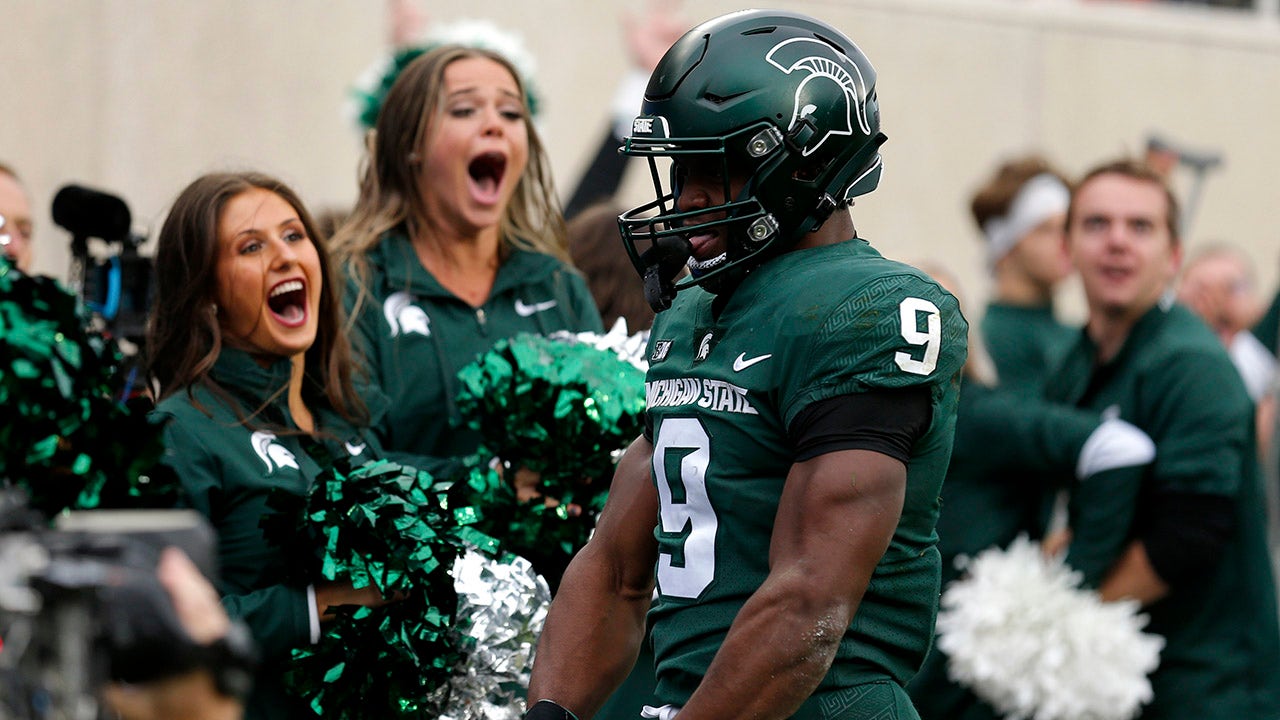 Kenneth Walker III did it all for No. 8 Michigan State on Saturday.

Walker rushed for 195 yards on 23 carries and scored five touchdowns as the Spartans defeated their in-state rival, No. 6 Michigan, 37-33.

Michigan led 30-14 with 6:47 remaining in the third quarter after Cade McNamara threw a 19-yard touchdown pass to Mike Sainristil. But the Wolverines failed to stop one of the top running backs in the nation, who made a strong case for the Heisman Trophy.

Walker scored three of his five touchdowns in the final 19 minutes of the game. He had a goal-line score in the third quarter with 3:58 to go. He then rattled off a 58-yard touchdown and a 23-yard go-ahead touchdown with 5:08 left in the game. The latter score came after a J.J. McCarthy fumble on the prior Michigan possession.

Michigan tried to answer Michigan State on its second-to-last drive. McNamara tried to get a first down on a pass play, but his pass fell incomplete. It appeared Michigan State may have committed a pass interference penalty on the play, but referees didn’t throw the flag.

DEFENSE CARRIES WISCONSIN TO 27-7 TRIUMPH OVER NO. 9 IOWA

It was all Walker for the Spartans in the end. Walker’s five touchdowns were a career-high for him after he scored four touchdowns against Northwestern the first week of the season.

Michigan’s McNamara was 28-for-44 for 383 passing yards, two touchdowns and an interception. Andrel Anthony had both of the scores among his six catches for 155 yards. Erick All had 10 catches for 98 yards.

Michigan State places itself into the College Football Playoff conversation with the win. The Spartans move to 7-0 and have beaten the Jim Harbaugh-led Wolverines four times.

Michigan will have to stay perfect the rest of the season and hope for some big upsets around the country to get back into the playoff hunt.