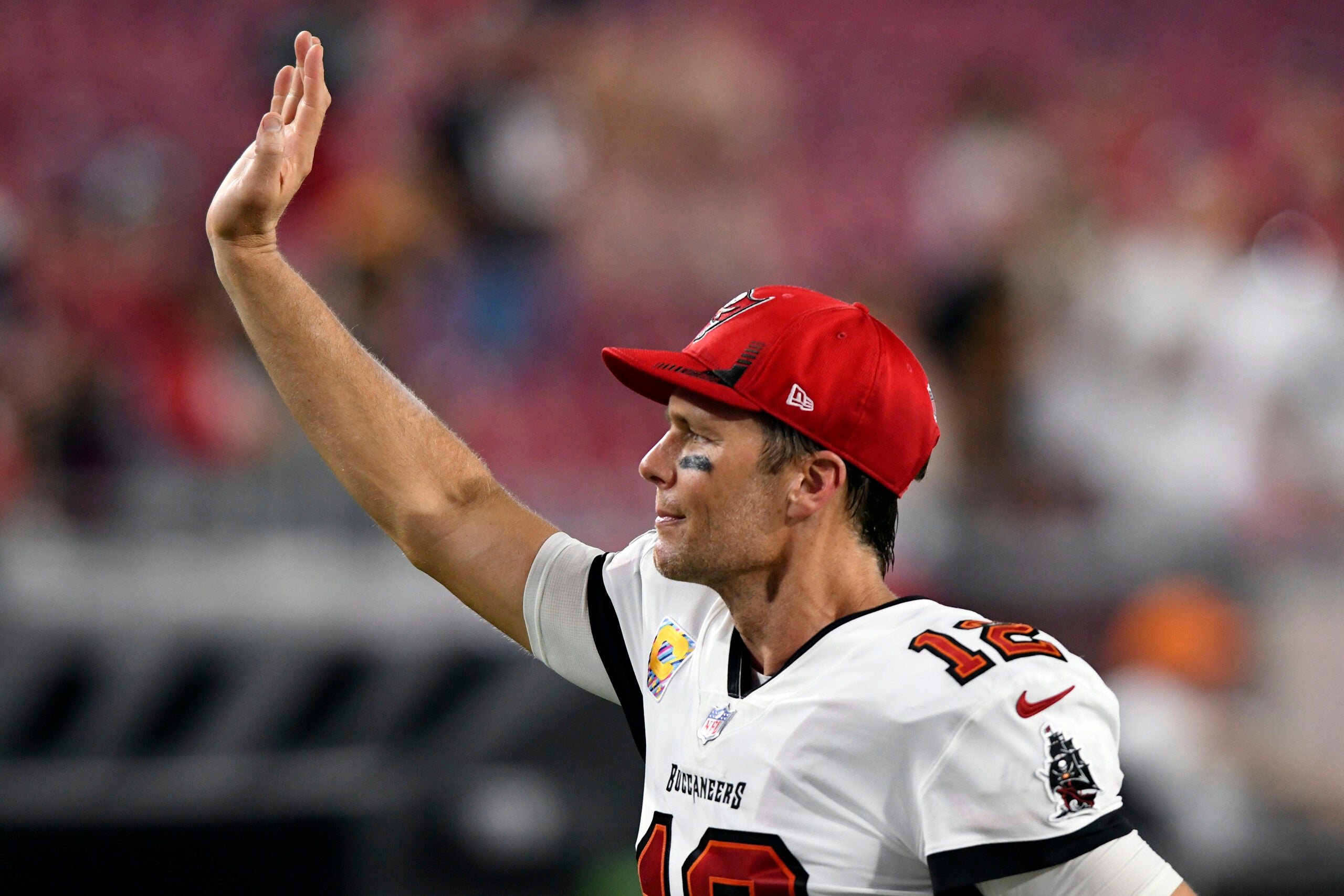 The Patriots clobbered the Jets 54-13 on Sunday, improving the team’s record to 3-4.

The Revolution rallied from a 2-0 second half deficit to earn a 2-2 draw against Orlando City. Adam Buksa, coming on as a substitute, notched both of New England’s goals.

And the Bruins held off a third period rally from from the Sharks to get a 4-3 win.

“Tom Brady’s just about done,” Kellerman said a “First Take” segment. “It could be his next game, it could be a year from now, but he is going to fall off a cliff. Tom Brady is going to be a bum in short order.”

Of course, Brady and the Patriots went on to not only win the Super Bowl that season, but would play in two more after that. And following his departure from the Patriots in 2020, Brady led the Buccaneers to the seventh Super Bowl win of his career.

Needless to say, Kellerman’s take has not been forgotten.

On Monday, he was asked about his infamous prediction.

“Since I made that prediction, [Brady’s had] a full Hall of Fame career,” Kellerman joked.

While acknowledging that he was wildly wrong about Brady, Kellerman explained his methodology. Prior to Brady’s recent success, Kellerman pointed out that quarterbacks declined rapidly once they turned 41.

On this day: In 1968, the United States won its seventh consecutive gold medal in the men’s basketball competition at the Olympics, defeating Yugoslavia in the final, 65-50.

Future Celtic Jo Jo White and Spencer Haywood totaled 26 collective points in 12 minutes to open the second half to help produce a decisive lead for the Americans.

Daily highlight: Kyle Dugger made one of the best interceptions of the season against the Jets on Sunday.