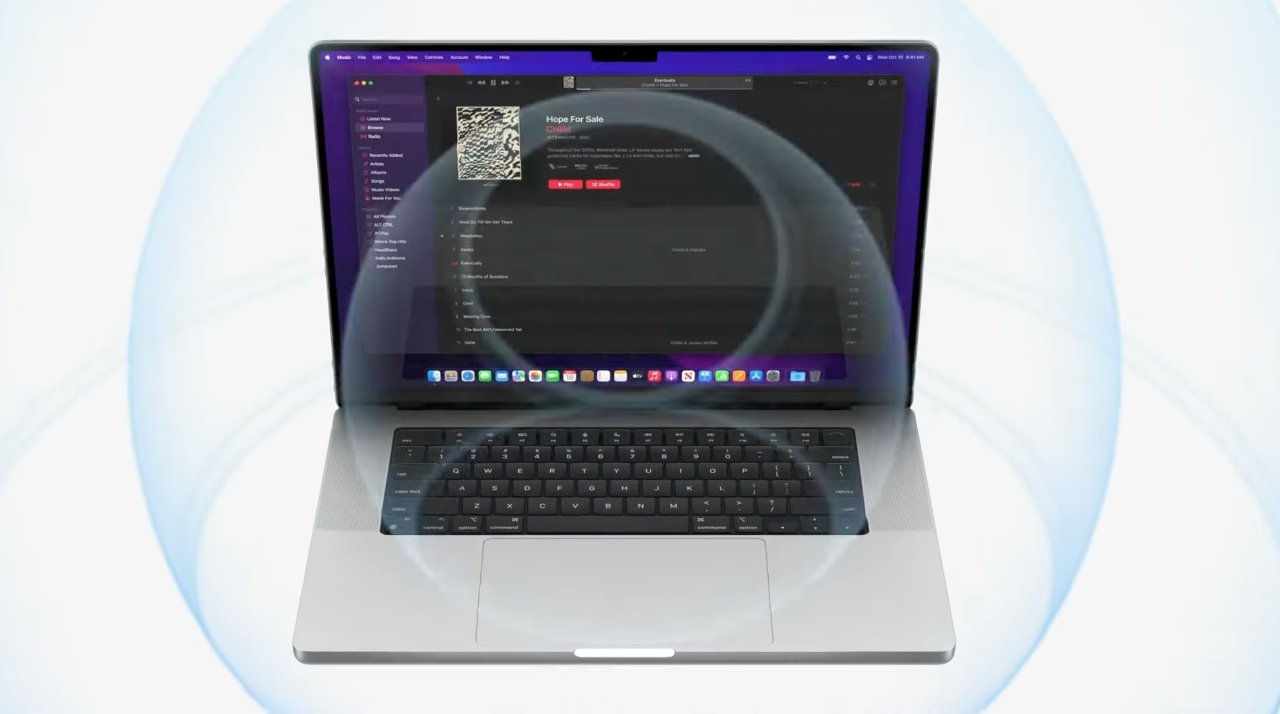 
You wait a year for a new processor and then two come along at once. October 2021 is going to be remembered for the launch of the M1 Max and M1 Pro MacBook Pro, but there was so much more, too.

In the month when Facebook changed its name and absolutely nothing that addressed a single one of its problems, so Apple finally released what no one had been begging for. You can now say, “Hey, Siri, play a playlist for when I’m waiting for my new MacBook Pro and UPS adds weeks to the shipping.”

Apple Music Voice is the new, cheaper service that gives you a startling range of mood music playlists, accompanied with a frustrating amount of Siri misunderstanding.

It doesn’t matter which tier of Apple Music you pay for, you do get these countless new playlists, and officially they can only be accessed by asking Siri for them.

So as great as Siri really is overall, Apple Music Voice may not be the on-ramp Apple hopes for bolstering its number of music subscribers.

The company might actually have more luck with the HomePod mini of many colors. No question, HomePod mini is excellent and the new colors are very nice. 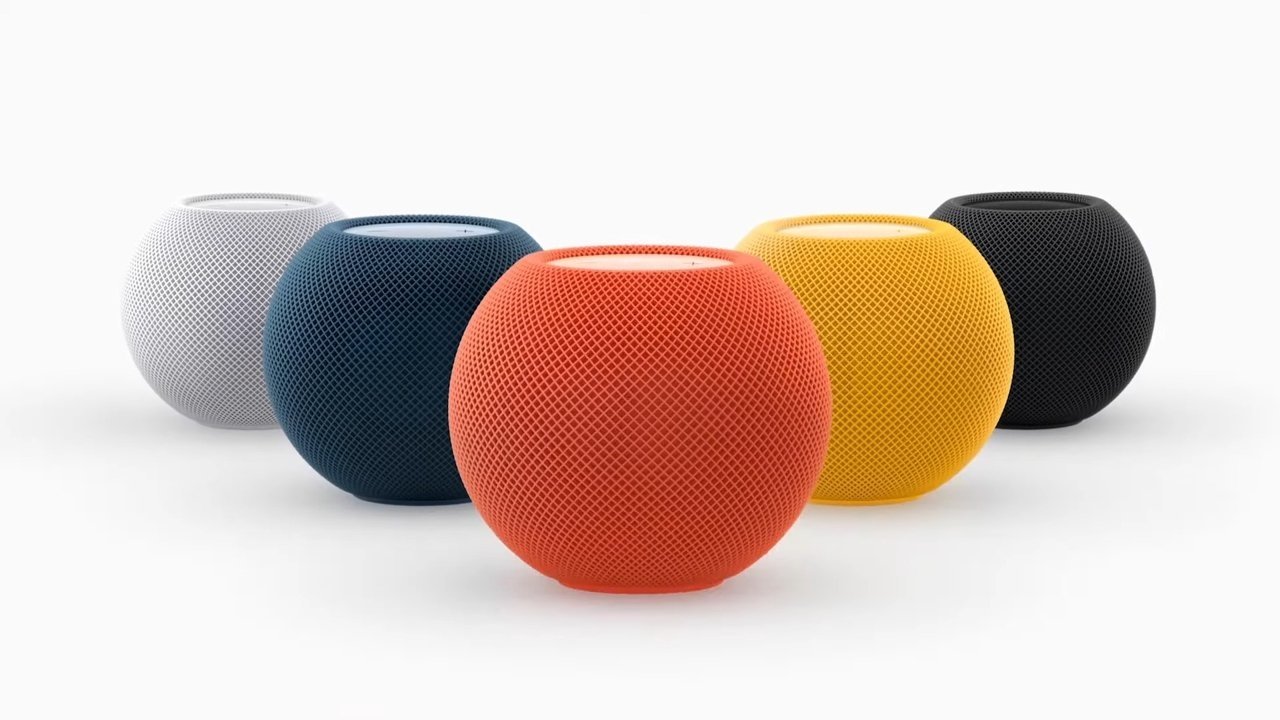 The HomePod mini now comes in many colors

You’ve never been able to say that Apple is not at home to Mr Hyperbole, but this time it was particularly odd because HomePod mini colors were followed by the MacBook Pro. And that is a launch that would give the industry at least a bit of a rattle, as well as surprising us with two new processors.

The MacBook Pro you want is here

The new 14-inch MacBook Pro and revised 16-inch MacBook Pro became instant classics, if you were a tech reviewer. And will become classics for you some time in December when most orders arrive.

All new Apple devices prove a little hard to get a first, almost as if the company intentionally makes just slightly too few so that it can have them sell out. This time, though, component shortages and global transport problems meant that the MacBook Pro saw its shipping dates immediately slip back. 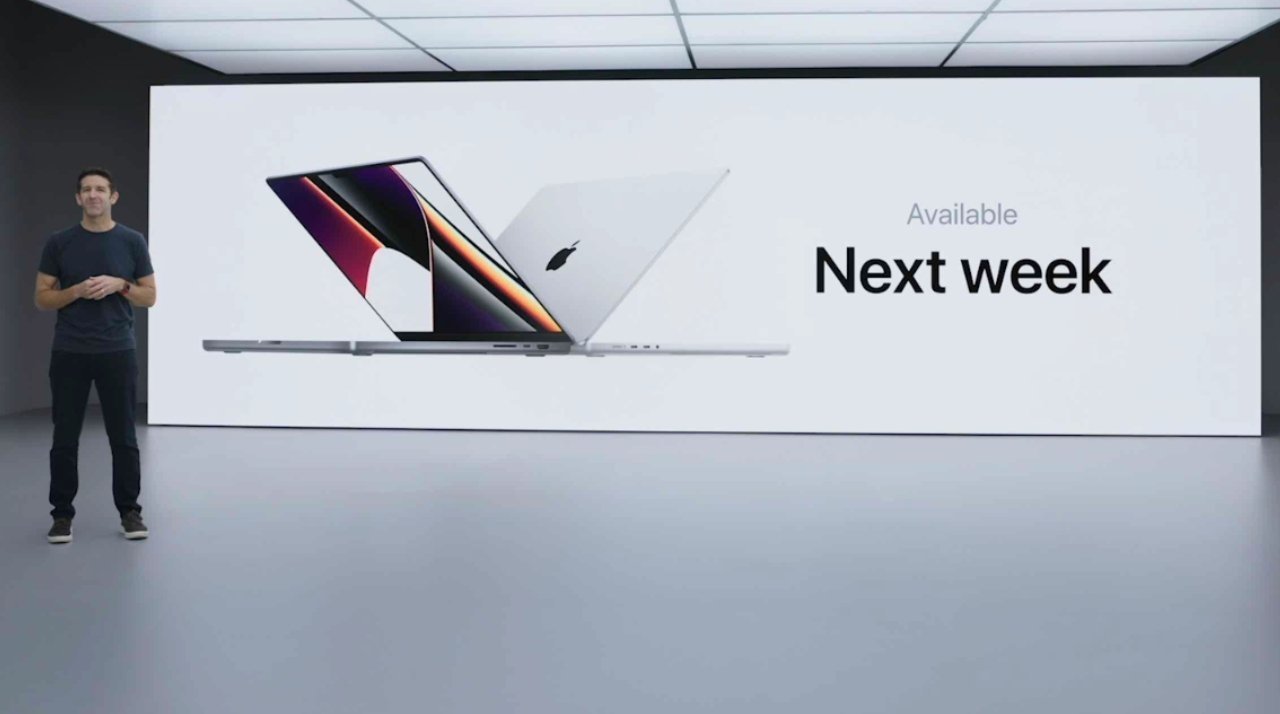 Yeah, no, good luck with that “next week” bit

Things actually got a lot better for the MacBook Pro, at least if you want one of Apple’s pre-configured options. The base units soon became quicker to get if you ordered online, and then even immediate if you bought from an Apple Store.

The Apple Watch you want is backordered

The same can’t be said for the new Apple Watch Series 7, which finally went on sale in October 2021 after being launched as just “coming in the fall.” Shipping estimates pretty much instantaneously slipped back on the Watch, so fast that you’d suspect Apple hadn’t actually made some of the various models.

But then there was more to Apple Watch preordering than slipping shipping. Repeatedly, it was that two people ordering at the same time got different results.

If you wanted the titanium Apple Watch, for instance, you were out of luck — unless you weren’t.

Similarly, if you saw a Watch band you liked and didn’t buy it right away, there was a chance it wouldn’t be there when you went back. That was partly down to bands selling out, but also these same global problems meant different bands were available in different countries in differing amounts.

As well as different countries, different Apple Stores were getting in the Apple Watch Series 7 but only unpredictably. Stores that AppleInsider asked said that they were getting deliveries every day, but that they never knew what was coming, or how many. 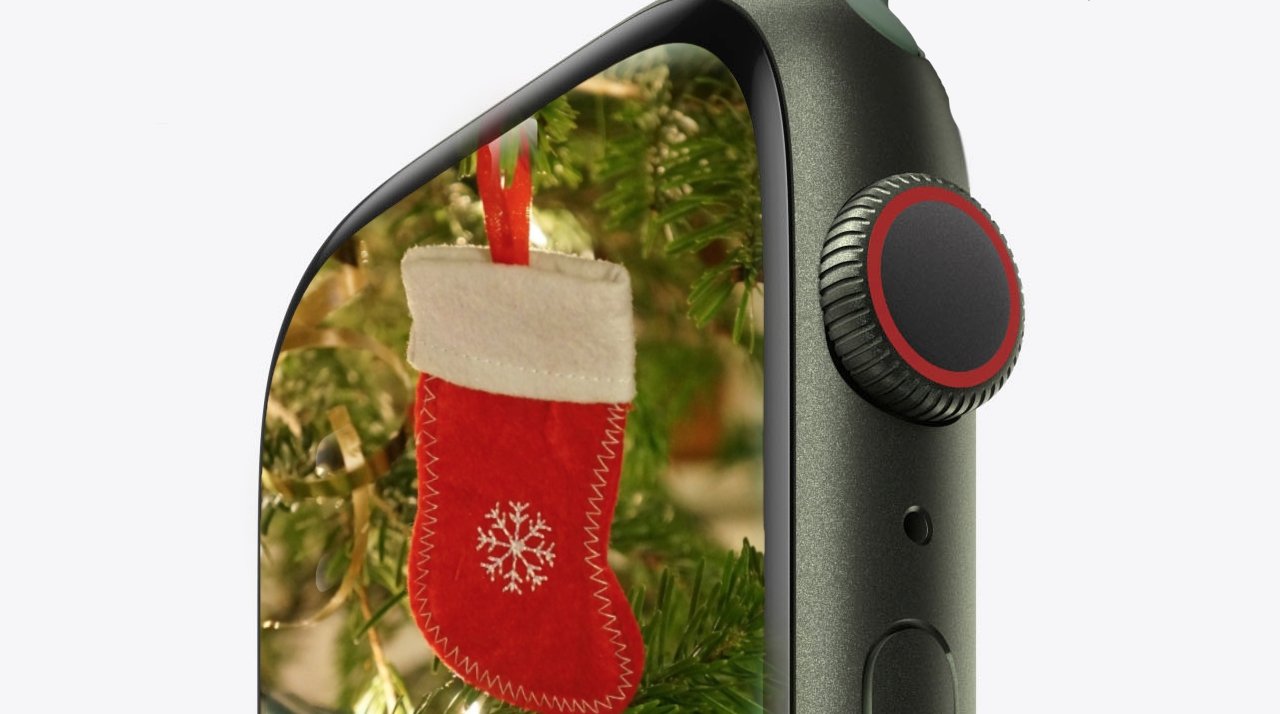 At risk of sounding like an advert for Apple, if you want an Apple Watch Series 7 you should order now

Consequently, the best way to get an Apple Watch for Christmas was to order it online immediately. And then keep checking the Watch sales page to see if pickup was suddenly available in your local store.

If it was, the best option was to buy that and cancel the pre-order.

Or you could just have bought the AirPods 3 whenever you liked. Finally launched in October, after what seemed like a year of expectation, the AirPods 3 are out and are seemingly unaffected by shipping problems.

That’s only the best MacBook Pro ever made.

But back to that MacBook Pro

Intel did try to save us from ourselves, though. It tried to stop us being so foolish as to buy a MacBook Pro that does everything we’ve wanted for years and whose M1 Pro and M1 Max processors are a step-change in performance.

No, Intel knows best, and during October, it launched another slightly cringing marketing campaign telling us so. Maybe you should just watch it, because unpicking what its message is, proved surprisingly tough.

It’s something about how with Windows PCs you can customize something or other. If you believed that was the killer advantage of Windows over Apple, then you could also have bought Intel’s next thing.

That’s not fair. It wasn’t Intel, no. No. Some complete stranger leaked a PowerPoint presentation showing how Intel’s forthcoming Alder Lake processor would be so much better than the M1 Pro or M1 Max.

It is actually quite hard to make a PowerPoint slide. Much harder than fabricating 5nm processors with 57 billion transistors.

However, if Intel basically made up some reasons for preferring PCs, at the same time its CEO was trying to make up with Apple. Both Intel and Samsung would like to make the M1 Pro and M1 Max processors for Apple, please.

Look back in October 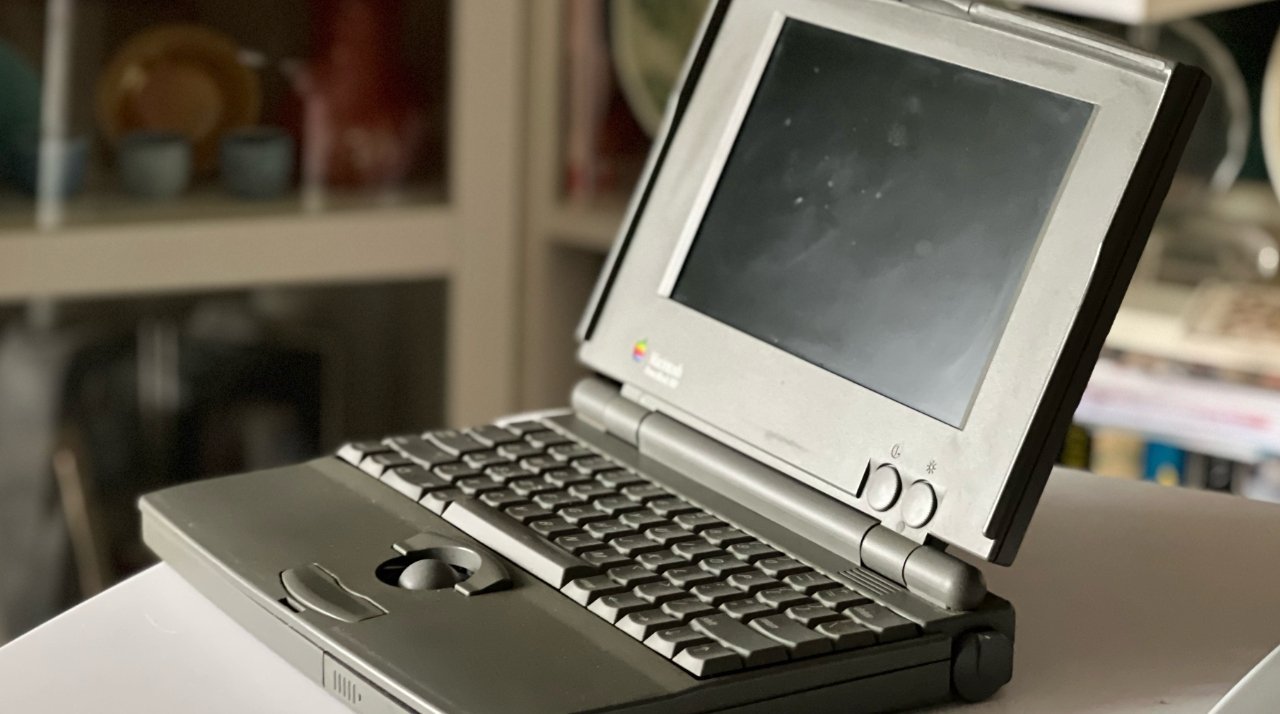 Also back when the PowerBook was launched, Apple had around 11,000 employees. (As of three years later on September 30, 1994, it was 11,287 regular employees and 3,305 temporary or part-time contractors and employees.)

For September 25, 2021, even Apple itself has to estimate how many staff it has. Its financial filings say the company has “approximately 154,000 full-time equivalent employees.”

Unfortunately, for October 2021, you could knock another 1 off that list. As it did in September 2021, Apple controversially fired an employee, ostensibly for impeding an internal investigation.

Apple Maps program manager Janneke Parrish was accused of deleting crucial files — including the crucial app Pokemon GO — off her work phone. It is entirely coincidental that Parrish organized the #AppleToo group which has been surfacing accounts of staff pay equality and harassment within Apple.

Any one example of harassment is too many. #AppleToo received over 500 such accounts during its first days of operation.

It is a good and necessary thing that the issues are being raised, even if it taints Apple and makes you wonder just what kind of a company it is.

Mind you, sometime during October 2021, even Apple seemed to have a change of heart about literally what kind of a company it is.

A report early in the month concluded that Apple earns more from gaming than Sony, Nintendo, Microsoft, and Activision combined.

Apple must’ve read that report because at the very end of October, its regulatory earnings filing had a potentially significant change. Previously the filings listed its competitors as Android and Windows, but now it’s added Sony, Microsoft, and Nintendo.

So Apple says it’s a gaming company. You can’t argue against that since 70% of the App Store revenue comes from games, and there’s also that Apple Arcadehttps://appleinsider.com/inside/Apple-Arcade service you keep meaning to check out.

Still, if there is a failing that Intel should have picked up on about the MacBook Pro, it’s that even the new models are weaker on games. We’ll just have to cope somehow.